Many individuals feel that professional players are exempted from the law. During his playing time at Anfield, Liverpool captain Steven Gerrard was involved in an altercation at a nightclub that resulted in him being charged with assault. If he was convicted then, Gerrard might have faced prison time, which would have put an end to his glory days at Anfield then. However, as many suspected, Gerrard escaped, with many crediting his status as a professional player as one of the reasons. Footballers, on the other hand, are not above the law off the field. Even on the field they are penalized with yellow and red cards when they misbehave or when they display any form of hard tackle on their opponent. A few people have been caught breaching the law and have been sentenced to pay the price. In no particular order, here are 11 footballers who have spent time in prison during their careers. 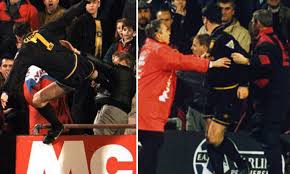 Cantona, the legendary Manchester United forward, was given a two-week punishment for one of the most bizarre incident in Premier League history. Cantona reacted to words from a spectator after being sent off in an away match at Crystal Palace by kung-fu kicking him. Cantona, on the other hand, spent only three hours in prison after being released on bail. 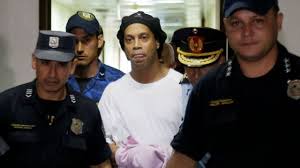 As we all know, the former Barcelona and Brazilian player was imprisoned for 32 days for allegedly using a fraudulent Paraguayan passport. He was being imprisoned in the country's Agrupacion Especializada prison, which has the highest level of security. He stated that he was given the passport by a sponsor and had no notion it was fake. Despite his wealth, Ronaldinho and his brother were arrested and imprisoned. 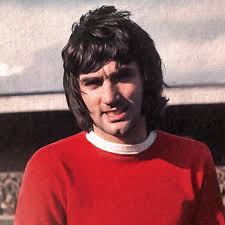 Best's career and life were tainted by a wild lifestyle off the field, despite him being regarded as one of Manchester United's finest players. Best was a well-known drunkard, which had a negative impact on his football career. Best's life was turned upside down in 1984 when he was found guilty of drunk driving, assaulting a police officer, and failing to appear in court. As a result of all of this, he spent some time in prison. He died in 2005 at the age of 59 as a result of his wacky lifestyle. 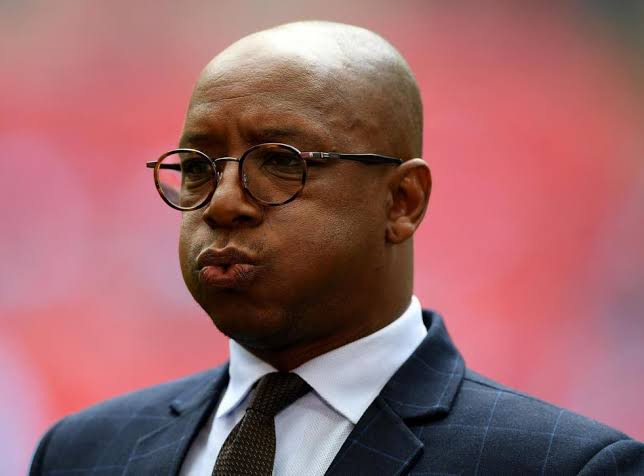 The former Arsenal and Crystal Palace player simply believed he could get away with something that could have been avoided. Wright had two cars at one time but chose not to pay his insurance or taxes on them. This may have worked for a while, the government eventually caught up with him, and he was sentenced to 14 days in prison for his acts, or lack thereof. 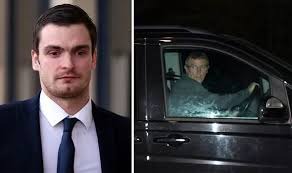 Johnson, who has spent three years of his sentence, is possibly the most high-profile instance in the Premier League's history. After engaging in intimacy activity with a 15-year-old fan in 2016, Johnson was convicted and Sunderland terminated his contract. 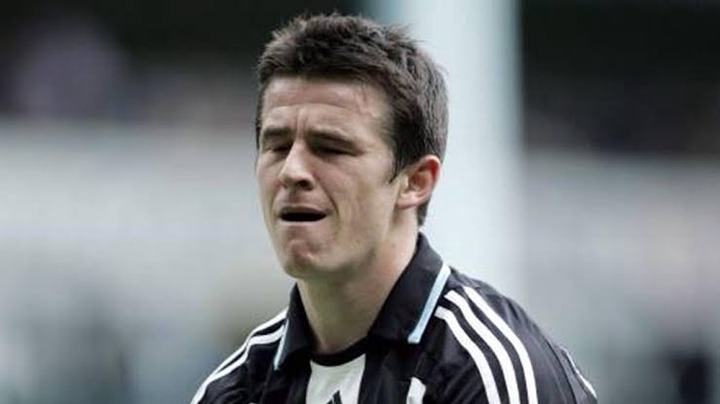 It's unsurprising that a player with Joey Barton's style of play would get himself into problems both on and off the field. Barton has been convicted of violent offenses twice. The first incident occurred at 2 a.m. in Liverpool City Centre, when he crashed his car into a pedestrian. Barton was sentenced to 77 days in prison after being found guilty of assault. On July 28, 2008, Barton was freed from prison. However, on July 1, 2008, Barton received a four-month suspended sentence after admitting assault causing real bodily harm to Ousame Dobo, a former Manchester City teammate. The Barton family appears to have a history of violence. Michael, Joey's half-brother, was sentenced to life in prison for his role in the racial murder of Anthony Walker in 2005. 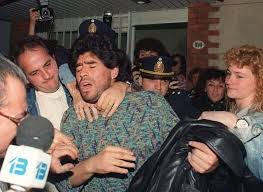 There aren't enough superlatives to describe Diego Armando Maradona, who is widely regarded as one of the game's greatest players. On several occasions, the former Napoli and Argentine great has run a foul of the law. He courted trouble on a number of occasions, ranging from drug use to run-ins with the cops. Maradona, on the other hand, saw red on one occasion. He was sentenced to two years in prison with a two-year suspension in 1998 for shooting a journalist. He was able to accomplish this because he had an air pellet rifle that he used. 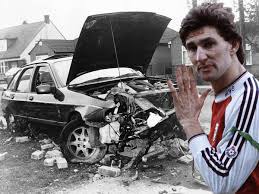 The outstanding Arsenal defender struggled with drinking throughout his career. This caught up with him in May of 1990, when Adams drove his automobile into a wall near his home. He was determined to be 27 times over the legal limit after testing. Adams was sentenced to four months in prison in December, but was freed in February before the end of his sentence. Adams publicly admitted to having an alcoholism issue in the mid-1990s and entered therapy to begin his recovery. 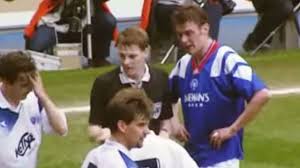 Duncan Ferguson had a reputation as one of the fiercest attackers in the game throughout his career. His muscular presence on the field was a big advantage, although it did result in a number of red cards. The most notable incident occurred in 1994, when a brawl resulted in a three-month prison sentence. Ferguson had further run-ins with the law, though he was only arrested once. In 2001, the Scotland international was on the receiving end of a criminal offense when two robbers broke into his home. Unfortunately for the burglars, breaking into the home of the then-Everton striker was a bad idea, since the big striker hospitalized one of the assailants. 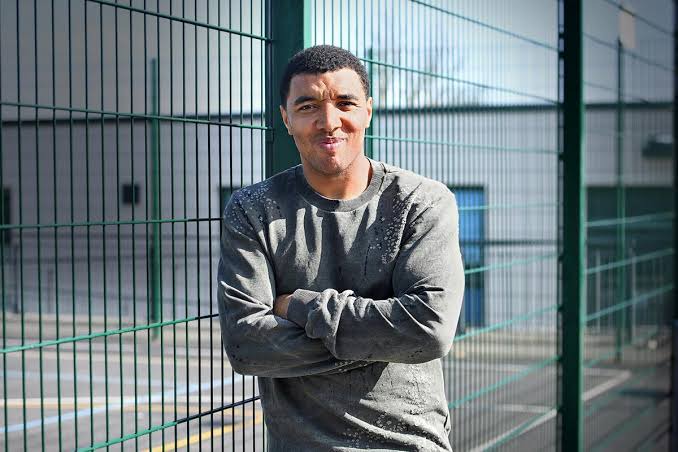 Troy Deeney's meteoric rise in recent seasons has been a breath of fresh air for all football fans. To begin with, it reaffirms the idea that hard effort and persistence may lead to great success. Perhaps more crucially, it supports the idea that people can change, at least on a human level. For his role in a street fight in Birmingham in 2012, the Watford striker was sentenced to ten months in prison, of which he spent three. Deeney has freely admitted that serving time in prison was the best thing for his career, and his performances for the Hornets since his return to action in September of that year have been nothing short of spectacular. Although Deeney has expressed regret for his acts. 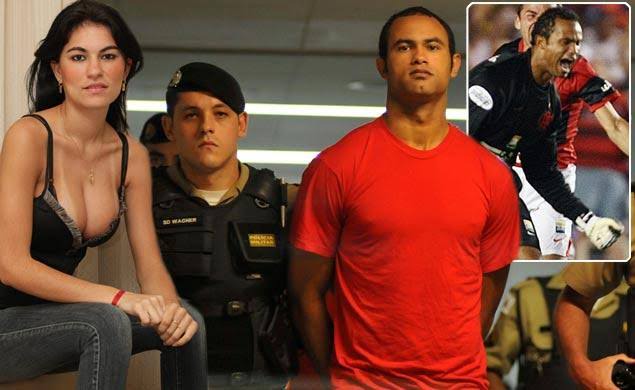 Bruno Fernandes de Souza isn't the only well-known South American goalkeeper to serve time in prison; Colombia's Rene Higuita notoriously missed the 1994 World Cup due to a prison sentence. The Brazilian custodian, however, must wear our legendary No. 1 shirt due to the gravity of his offenses. After his lover was kidnapped and murdered, the former Flamengo captain was sentenced to 22 years in prison. Her body was then dismembered and given to dogs to eat. The 31-year-place old's between the sticks has been cemented by a genuinely horrible story. Bruno was once considered a future goalkeeper for Brazil.