5 Players With The Most Free-Kicks in Football History 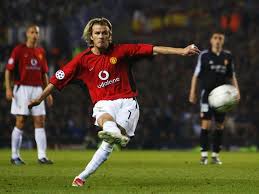 The former England captain's free-kick skill is possibly the most well-known of any player on this list, with the phrase "Bend it like Beckham" immortalized in popular culture and frequently heard during his career at some of the world's most prestigious teams. Beckham, who had a wand-like right foot, would provide a continual supply of ammo for forwards with his perfect delivery, but he would also often disturb the scoresheet when the opportunity arose from afar. Few will forget his stunning late goal to secure England's qualification for the 2002 World Cup, one of 65 goals he scored throughout his remarkable career with Manchester United and Real Madrid. 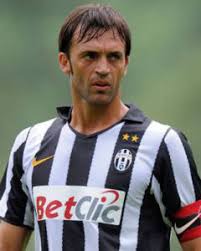 The Argentine from the 1970s is often regarded as Mendoza's greatest player. Victor was also noted for his 12 Olympic goals for Argentina, in addition to his incredible shooting talent. In Argentina, he has a stadium named after him. 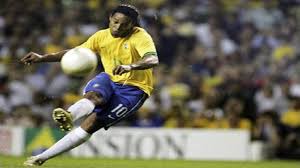 One of the most entertaining footballers of all time, the former Barcelona great who briefly held the title of world's finest player, is tied for third place. The buck-toothed Brazilian was rarely seen without a smile on his face as he thrilled the crowds with crazy stunts and flicks and a unique skill set never seen before or since. His ability to score from dead-ball situations was key to his repertoire, as he scored 66 times from free-kicks, whether they were dipping efforts from distance or rolled efforts under a jumping wall. His reign as the world's top player may have been brief, but it was a remarkable era for a free-kick expert. 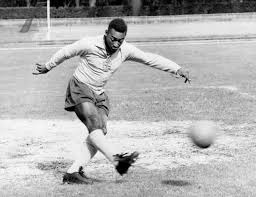 Pele, the footballing superstar, has 70 goals from free-kick. Pele has the ability to bend the ball in both directions with incredible force. Furthermore, his vast game knowledge allowed him to out-think the goalkeeper and net the ball more frequently than not. 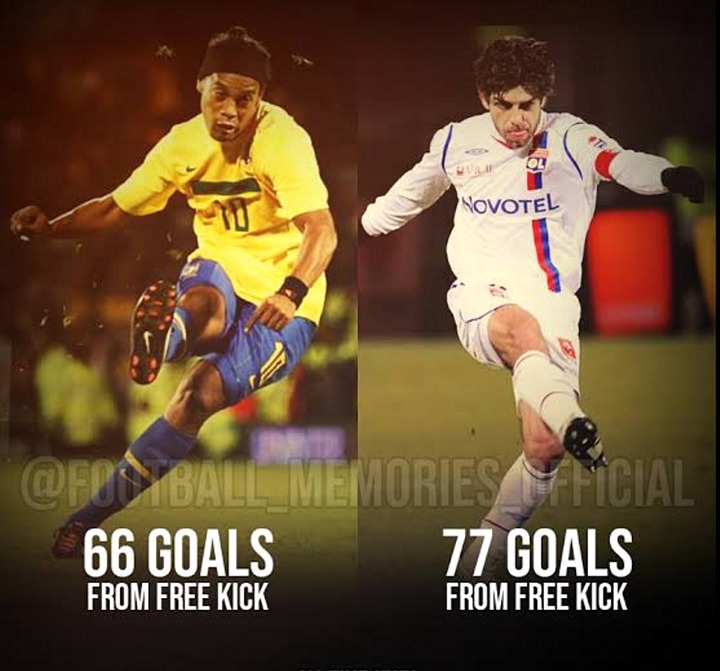 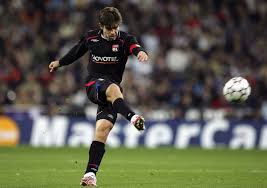 Juninho is the undisputed king of free kicks, and he is widely credited with inventing the knuckleball method. When he walked up to take a shot, the retiring midfielder sent shivers down the spines of the opposition goalkeepers. In his football career, he scored a total of 77 goals from free kicks. A feat that has yet to be surpassed. Before PSG came in with a lot of money and took over the domestic football scene, the Brazilian playmaker was a key component of Olympique Lyon's dominance in the French Ligue 1. Juninho was a key part of the team's seven league titles, scoring spectacular goals from set-pieces on numerous occasions.