Magnificent Record Held by some footballers

By AdebanjoEmmanuel_02 (self media writer) | 2 years ago 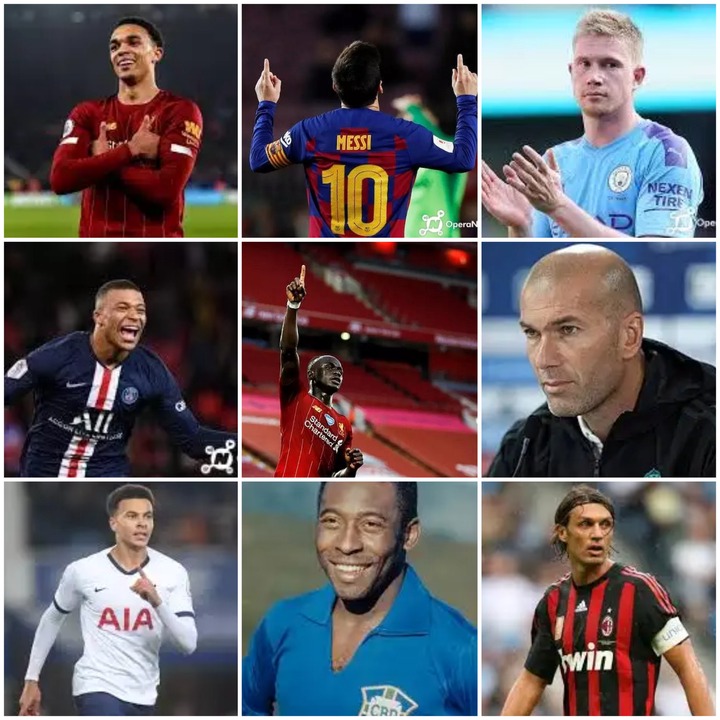 For long we have heard of so many record and till eternity many more record will be formed while some will be broken . "Record are meant to be broken " this was Messi's quote during his ballon d'or and I also agreed with that fact, below are the list of some record held by footballer's Dele Alli - Most nutmegs in 30 seconds This happened during the 2016-2017 campiagn when Nicklaus bendtner scored a goal against Tottenham 1.8 seconds after been substituted in before a corner kick was taken by fabregas.

David hirst broke this record in the match between Sheffield and arsenal when he made a shot moving at rate of 183 km/h on September 16, 1996 . the shot moved from 13.5 metres out into the post Lionel Messi - Most goals in a year The legendary Maldini AC Milan against Arsenal on February 2008 set up a record for the oldest player to captain in a Champion league game at the age of 39 years and 239 days. Maldini also holds the record for the most minutes played at the World Cup by a single player using 2217 minutes

Hakan some the Turkish striker scored against South Korea in their home on June 29, 2002 in just 11 seconds during world cup set up a record for the fastest world cup goal Pele - most career goal , world cup win and many more Lewandowski has broken numerous records over the years and one of the most impressive is his run of scoring in 11 consecutive games He scored a total of 16 goals in that time. It came to an end when Bayern were thrashed 4-0 and also made a record of scoring 5 goal under nine minute in a game against wolves Hampton Gianluigi Buffon - Longest run of clean sheets in Serie A

The Juventus goalie play for 973 minutes without letting a goal in, before finally conceding against Torino against 20 March 2016. This is a good record lay down De Bruyne raced to 50 assists in 123 games, beating Thierry Henry's record what makes it all the more fascinating was that he made one of those assists for the Blues and the other 49 for Man City. Zinedine zandine : Never caught offsides through out his career

This is one impressive record held by the retired Real Madrid player and present coach, not for once he has been caught offside even the like of Messi and Ronaldo have always been caught off-side Kylian Mbappe - Youngest player to be nominated for Ballon d'Or

At 18 years and nine months, Mbappe became the youngest player to be nominated for the ballon d'or finally surpassing Michael Owen due to his contribution in the FIFA world cup

In truth, some of them are bigger achievements than other but whatever you've accomplished or achieve will always be called a record unless it's been broken

Content created and supplied by: AdebanjoEmmanuel_02 (via Opera News )