By Toluvict (self media writer) | 2 years ago

Premier league which is said to be the football league people cherish most in Nigeria with interesting and captivating matches and clubs. Here are the English premier league champions since year 2000 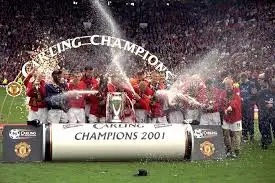 From this you can see different clubs which has won the EPL cup since 2000.

Content created and supplied by: Toluvict (via Opera News )