By EmmanuelAkanni (self media writer) | 9 months ago

The most anticipated names were on the list. The likes of Jorginho, Lionel Messi, Robert Lewandowski, Cristiano Ronaldo. 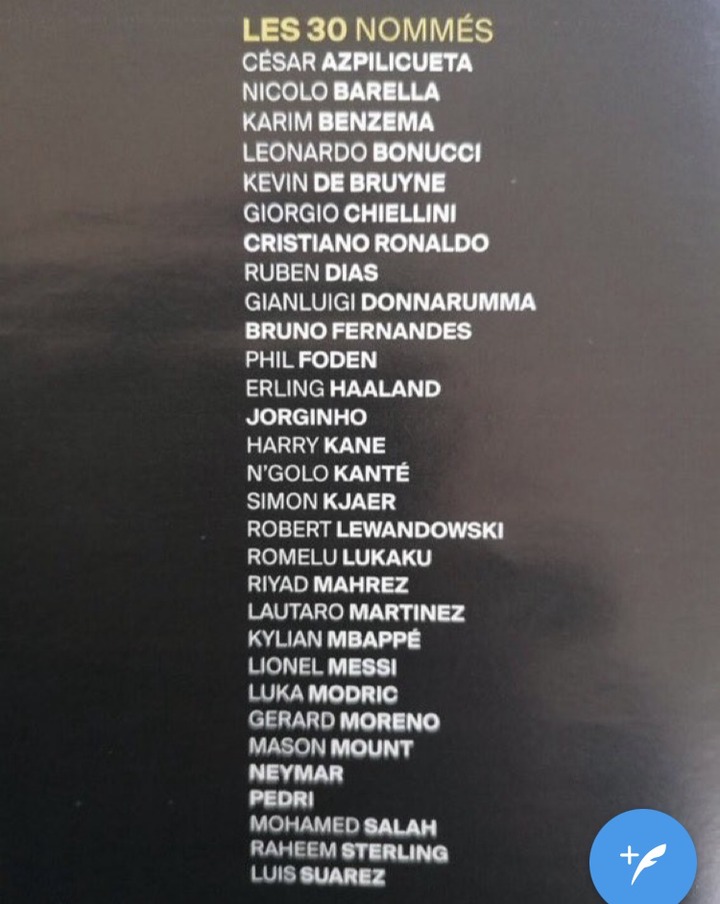 However there is one goalkeeper on the 30-man shortlist and it was Italy’s Gianluigi Donnarumma. 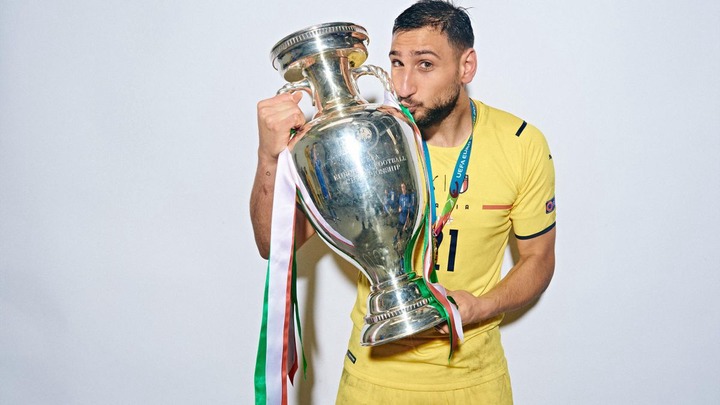 Edouard Mendy and Gianluigi Donnarumma both had great performances for club and country last season. Donnarumma helped Italy win the Euro 2020, and Mendy was instrumental for Chelsea as they won the UEFA Champions League against all odds. 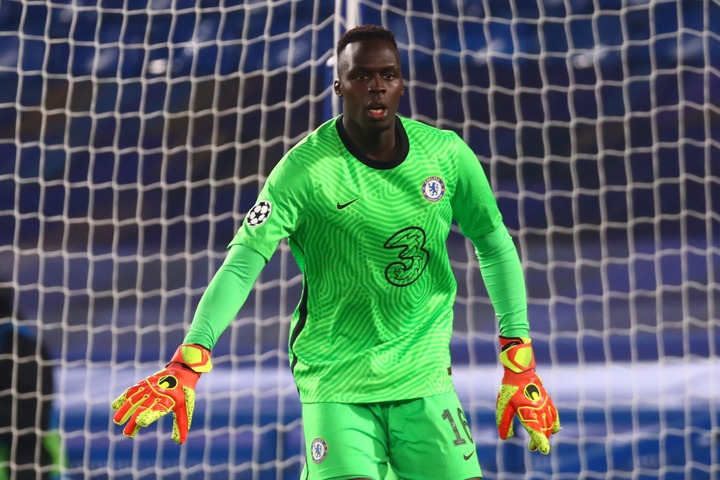 Donnarumma now plays for Paris Saint Germain in the French League and he has not really played many matches for PSG this year. Mendy is still Chelsea’s number one goalkeeper and has started this season where he left off last season.

Edouard Mendy Should Have Made The List Ahead Of Donnarumma.

Mendy was signed from Rennes last year and although he did not have preseason training with Chelsea he immediately became one of their best players.

Mendy has kept over 30 clean sheets since he joined Chelsea and was instrumental as the team conceded only 4 goals in the whole of the 2020/22 UCL campaign. 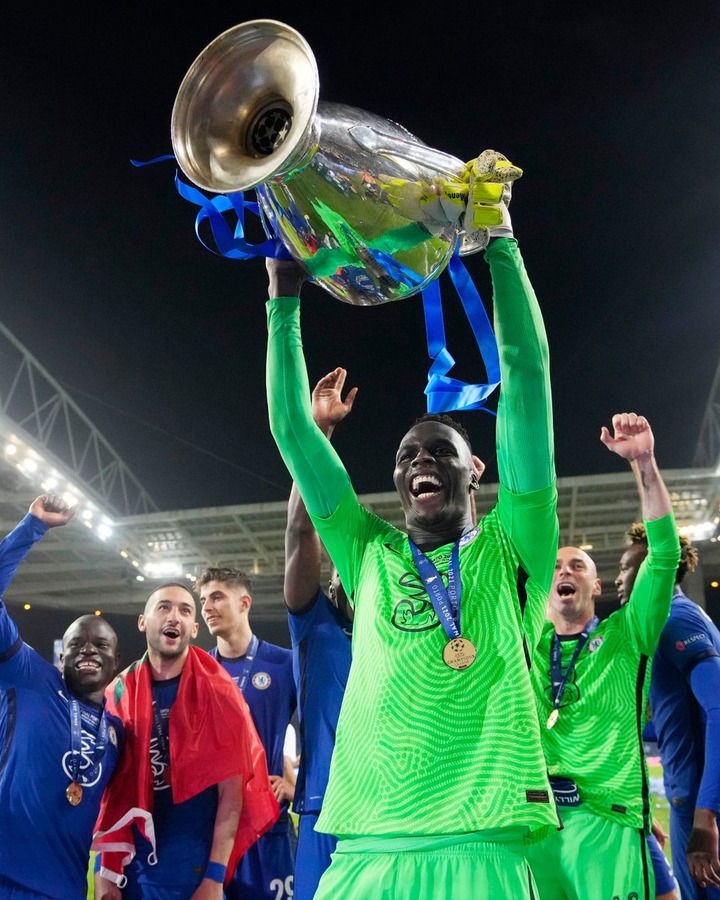 Although he did not start the season with Chelsea, Mendy and Manchester City’s Ederson competed closely for the Premier League Golden Glove, but the Brazilian won with a very close margin. 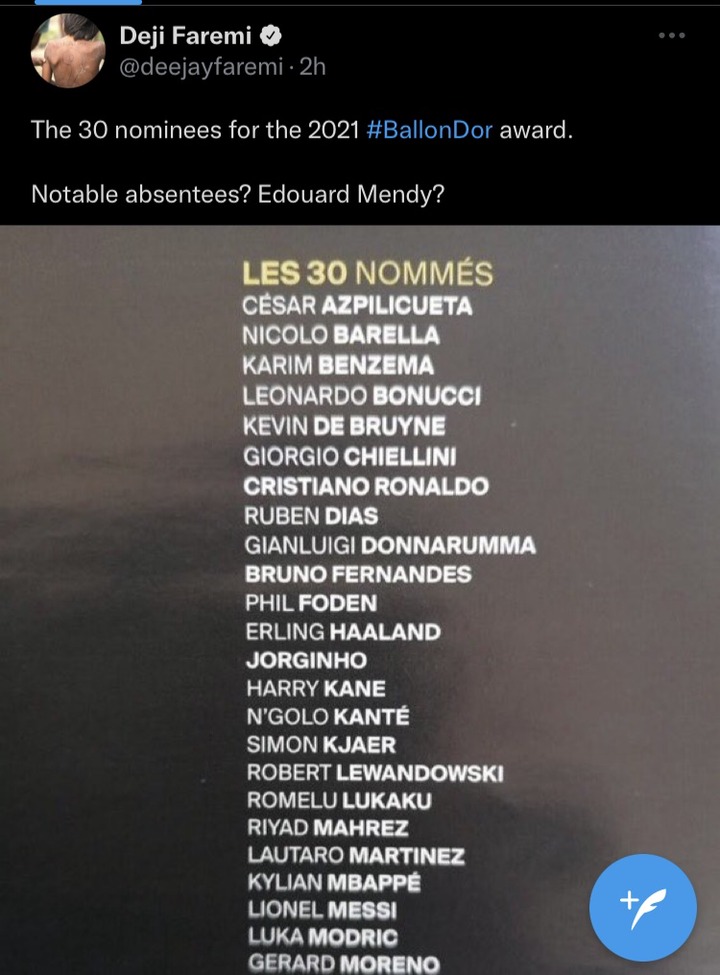 Another fan who thinks Edouard Mendy is a notable absentee on the list.

Mendy deserves to be nominated ahead of Donnarumma who didn’t achieve much at club level last season. Mendy was named UEFA Champions League goalkeeper of the season some weeks ago and that shows his importance to the Chelsea side. Donnarumma saved the deciding penalty at the Euros, but Mendy was better than him in the whole 2020/21 season, Mendy was arguably the best goalkeeper in the world last season.