By Sunnycleph (self meida writer) | 14 days

Manchester United have been in a good form since the beginning of the season, with their world class performance earning them the second spot in the Premier League standings.

The Premier League giants are planning a summer move to improve their squad in the summer, and have reportedly shown interest in resigning former Portuguese superstar back to the Old Trafford, where he had shone and won the Premier League and Champions League titles. 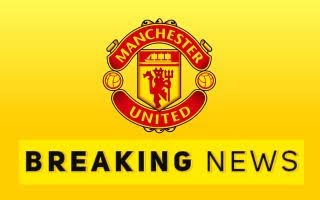 The Portugal international has been in a superb form for Juventus since he joined from Real Madrid and has been able to enjoy a regular first team start under Andrea Pirlo.

Ronaldo could however decides to exit the Turin in the summer, having seen Juventus been sent off the Champions tournament by Porto at the Knockout stage.

However, Manchester United having identified the 36 years old winger as a potential transfer target, could announce the return of the the Portugal international in the summer, according to reports.

Cristiano Ronaldo has been directly involved in 27 Serie A goals in 28 appearances for Juventus, scoring 25 times and assisted twice.