By Taiyemm (self media writer) | 12 days ago

The Desert Force of the University of Maiduguri (UNIMAID) defeats the Luminaries of the Adekunle Ajasin University Akungba in a final at the Higher Institution Football League (HIFL), to clinch the Cup.

The march which was held at the YABATECH (Yaba Institute of Technology) Sports Pavilion.

The match was shown on DSTV and GOTV.

Both sides were determined to take the cup home. A winner must emerge, and it is only one of them. The Luminaries team tried to dominate in the first few as they went on and on illuminating and on and on, speeding like a light.

The Desert Force knew that this cannot continue as they mount pressure to quench the light inviting the dust-devil. They also had their share of dominating in the game. The players were clinging to one another like Siamese twins leading so much down recorded. The Desert Forces accumulated much of the fowls.

To get the cup to Ondo or Maiduguri, either of them must look for a way to net the ball even if it is one goal. Going for draws was not an option for any.

No longer than the whistle was blown for half-time.

The two teams were both ready to get the ball at the back of the net when the second half began.

Two minutes into the game, Number 11 of Desert Force fowled one of the opponent players.

Offside against the Desert Force of UNIMAID in the 4th minute of the second half.

The throw-in awarded to Desert Force at the 52nd minute almost sent the Luminaries team home. The goal keeper did a good job by sending it off.

The Luminaries team who wanted to get things right attempted many times to drown their opponent but always encountered resistance from the opponent.

John was exchanged for Kachala for the Desert Force.

The 55th minute would have been history for the Desert Force only for the number 18 to send the ball over the bar.

The goal that made history was when a free kick was awarded about 8 meters from the 18 line after the cross taken, and the ball evading the defenders only to sit like a worn crown on the head of Desert Force's captain, Oche Francis.

Oche, without any ado, netted the ball with his head that made the keeper land on his head without getting hold of the ball.

History was made for the Desert Force as it was a goal!

The other remaining meets met with resilience from both teams as the team with one goal decided to maintain it.

Two minutes were added at the 89th minute.

No way the Luminaries could re-equalise as the Desert Force stood their ground to see to the final whistle.

The university of Maiduguri is the champion of HIFL of the 2021 season.

The Sport Director of the Student Union Government (SUG), Shem David expresses satisfaction and congratulates the team for making the university and the Northeast proud. 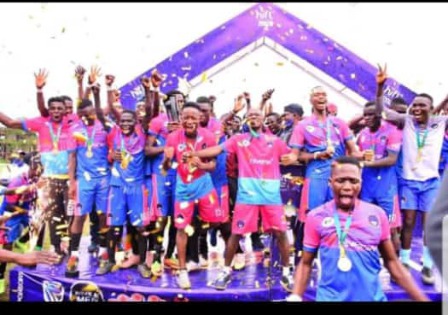 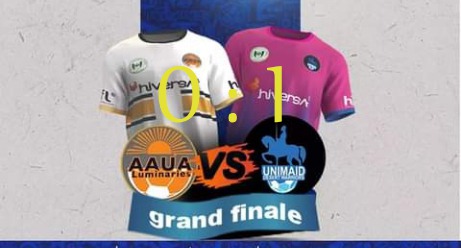