Opinion: What I think of Bruno's missed penalty

By erictimelessbeauty (self media writer) | 3 months ago 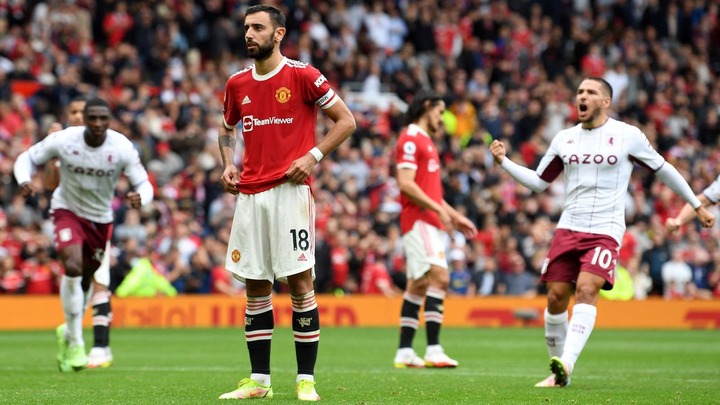 Bruno Fernandes has made himself a hero for Manchester United since signing for the side but for possibly the first time in his Man United career, he was arguably the villain as Manchester United lost an opportunity of sharing the points with Aston Villa by missing a last minute penalty. Fans were furious that Fernandes took the spot kick ahead of Ronaldo but here are three facts that has been established by that missed penalty.

Firstly, Ronaldo is not a self-seeking or self-centered player. All the talk about Manchester United doing they can to boost Christiano Ronaldo's numbers and rub his ego is all nonsense. If Ronaldo and United were thinking only of making Ronaldo the greatest (footballer) of all time, then he would have been allowed to take that last minute penalty. But that didn't happen because obviously, team interest was placed ahead of personal ambitions. 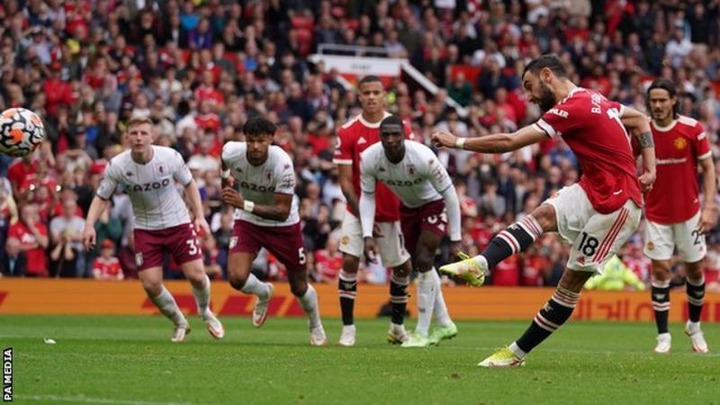 For those who do not see why Fernandes took that penalty, here is a plausible reason why. Since Bruno signed for United, he has taken 23 penalties and has scored 21 times. That is a conversion rate of 91%. However for Ronaldo in that same period, he scored 18 out of 22 penalties. This is roughly 82% conversion rate. So it is natural to assume that Bruno Fernandes had a better chance of scoring it. The fact that Ronaldo allowed Bruno take it is priceless. Ronaldo is clearly a selfless player.

Secondly, the fact that that penalty was awarded at all puts a question mark on Ole's recent remarks that Manchester United hardly gets a penalty since Jurgen Klopp made a comment about United always getting penalty decisions way back in January. Well, one may argue that Ole's comment paid off as mysteriously, Man United has now been awarded their very first penalty of the season.

Thirdly, Bruno's miss proved yet again that spot kicks are not that easy to score. Christiano Ronaldo has been sarcastically nicknamed "Penaldo" with the claim that a lot of his goals come from penalties (which is not factual) but even so, penalties are not easy to dispatch. Bruno's loss proved that.