We are back with our Sunday edition of Super Eagles Player Watch. Here, we review the performances of our Nigerian players abroad who have been involved for their club sides so far this weekend. Let us begin. 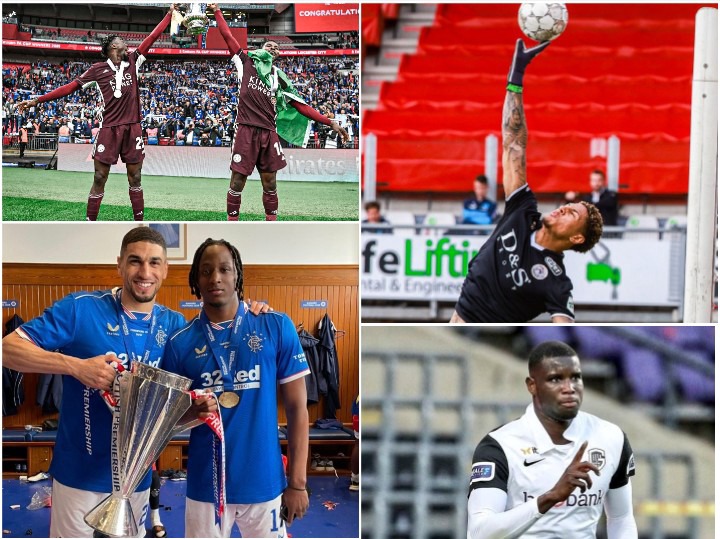 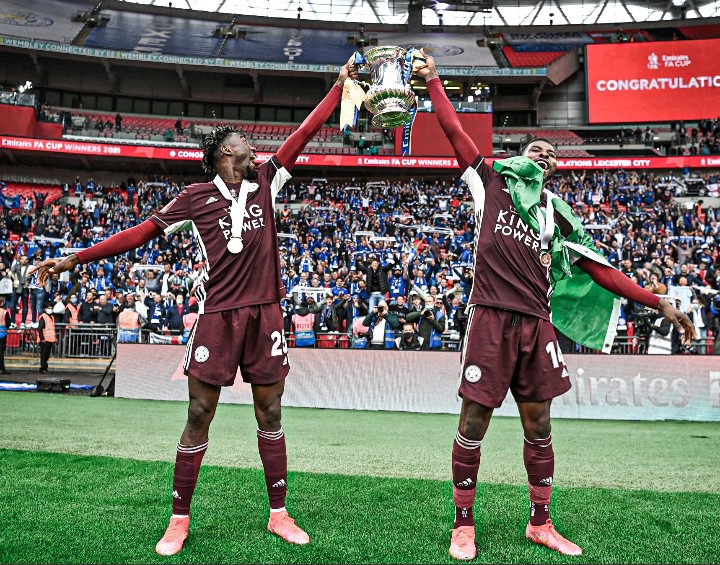 Leicester City defeated Chelsea in the FA Cup final on Saturday and our Nigerian duo were totally involved in their triumph. Both Wilfred Ndidi and Kelechi Iheanacho were part of the starting eleven for the match which ended 1-0 in favor of the foxes. 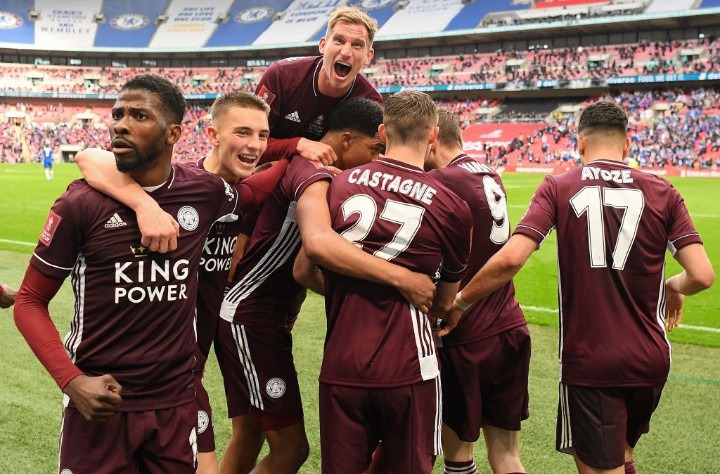 Iheanacho finished the season as the top scorer in the competition(4 goals), firing them into the final to help his team win their first ever FA Cup title.

We say a big congratulations to our Super Eagles stars on their victory in the world's oldest club competition. 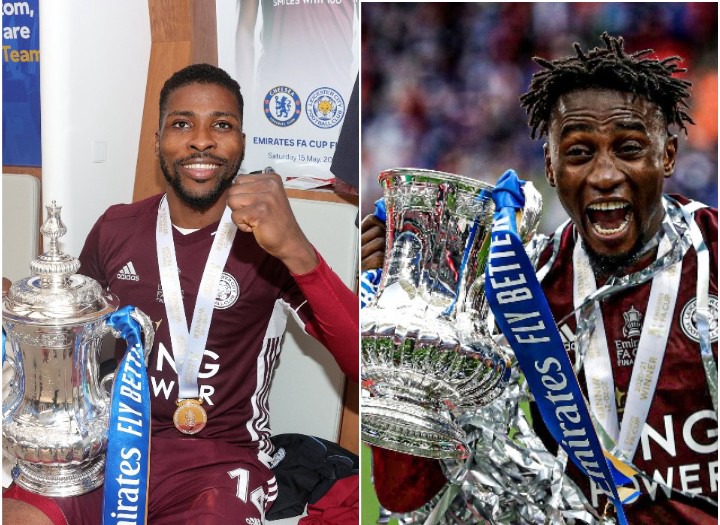 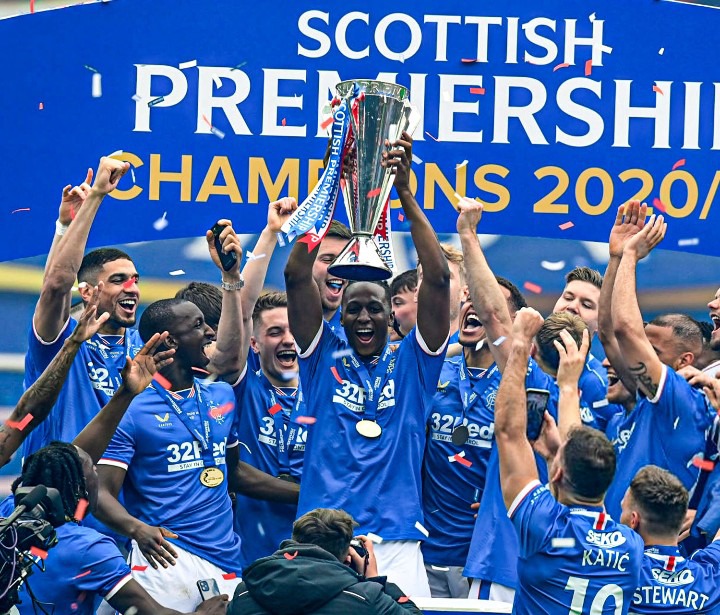 There were also trophy celebrations in Scotland for another duo of Super Eagles players. Joe Aribo and German born defender, Leon Balogun both lifted the Scottish league title with Rangers Football Club who won the league without tasting a single defeat throughout the season. 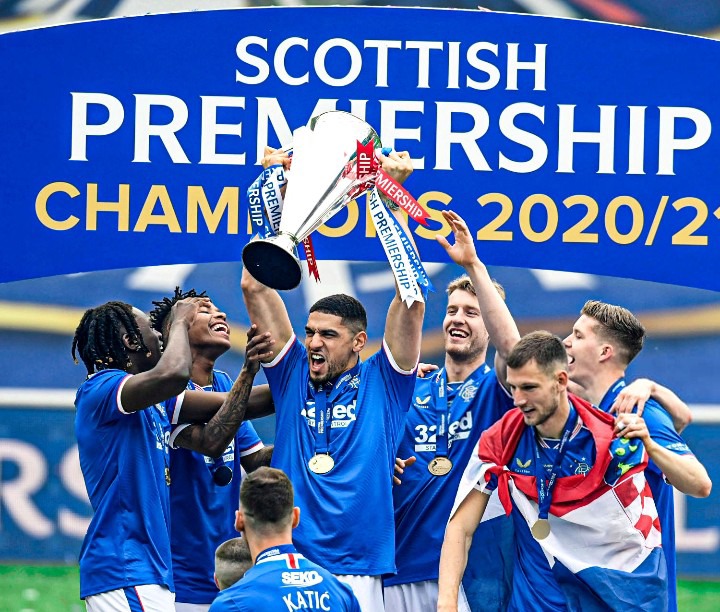 They won 32 games out of 38, drawing the other six to finish the campaign with 102 points; truly incredible.

Congratulations to Aribo and Balogun for securing the league in Scotland with Steven Gerrard's side. 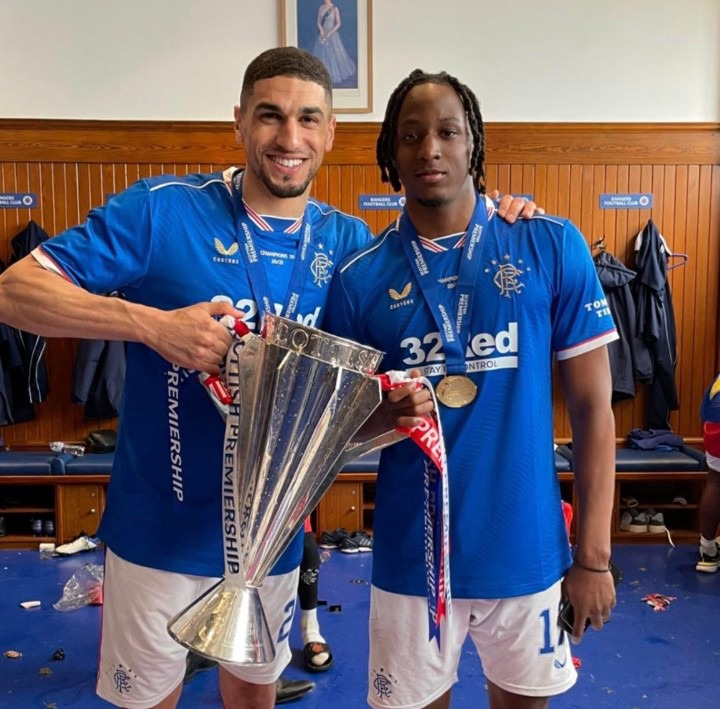 Onuachu And Dessers Score In Belgium 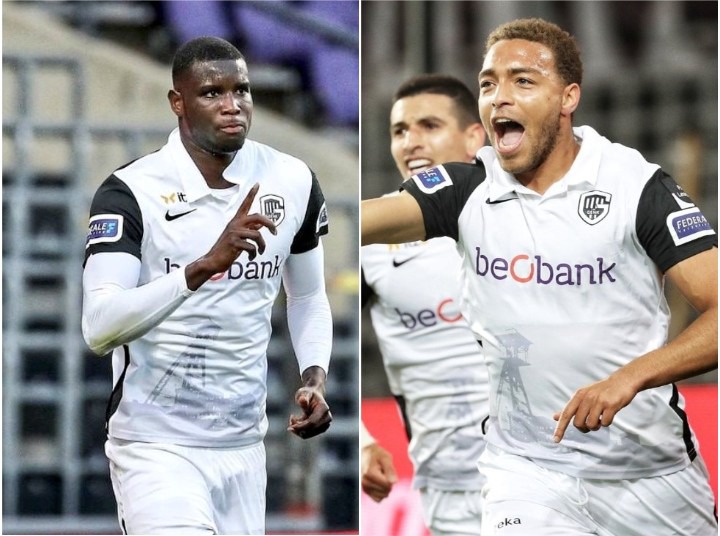 In the Belgium Pro League, our Nigerian strikers scored to give their team all three points on Saturday. 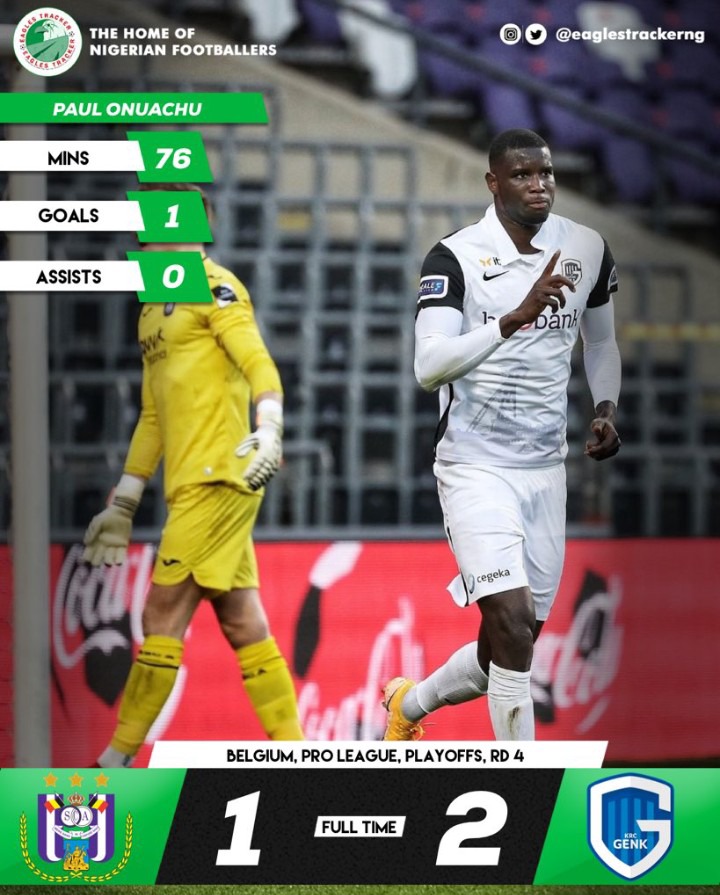 Paul Onuachu grabbed the first goal for them before Cyril Dessers came off the bench to win it for his side. 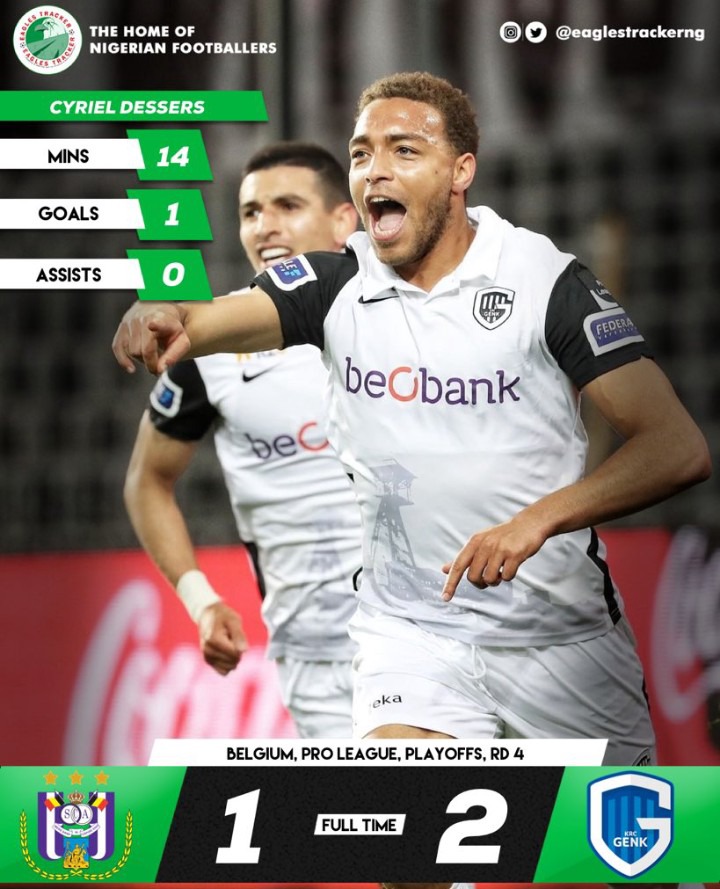 In the English Premier League, Ola Aina and Josh Maja both featured for Fulham in their 3-1 defeat at the hands of Southampton. Fulham are already confirmed to be relegated and we might be seeing out stars play in the Championship next season. 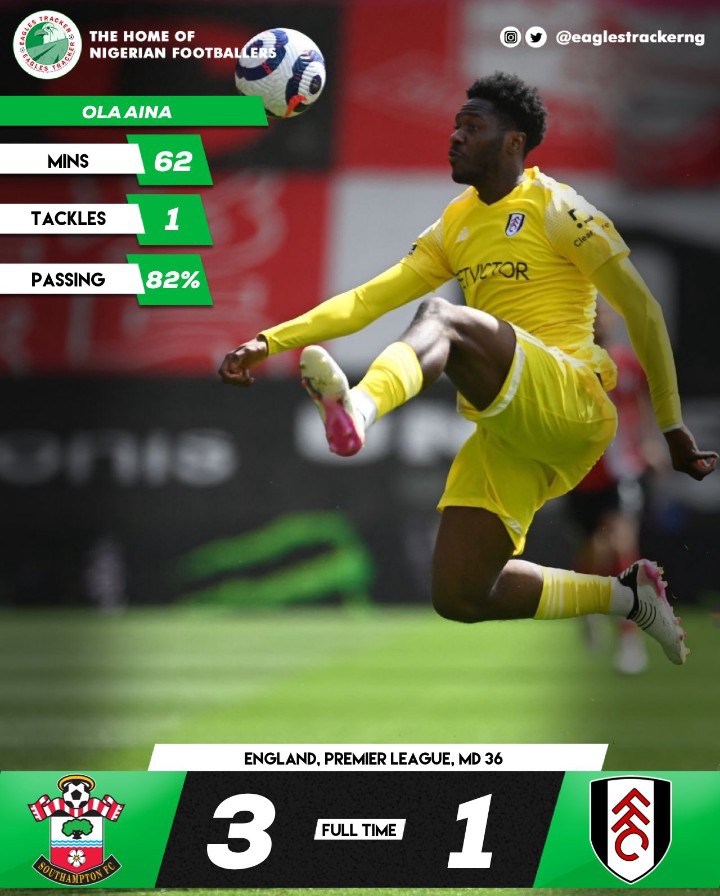 Also in the EPL, there was a cameo appearance for Alex Iwobi for Everton in their goalless draw with Aston Villa. He came off the bench with fifteen minutes of the match to go. 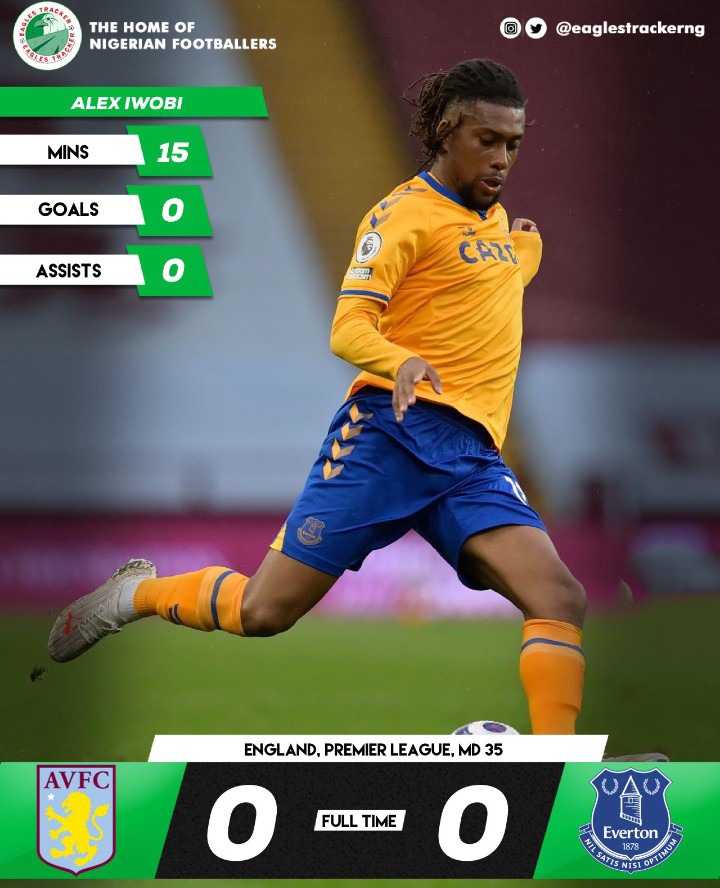 Taiwo Awoniyi returned to the starting lineup for his team in the German Bundesliga as they went away from home to hold their opponents to a draw on Saturday. 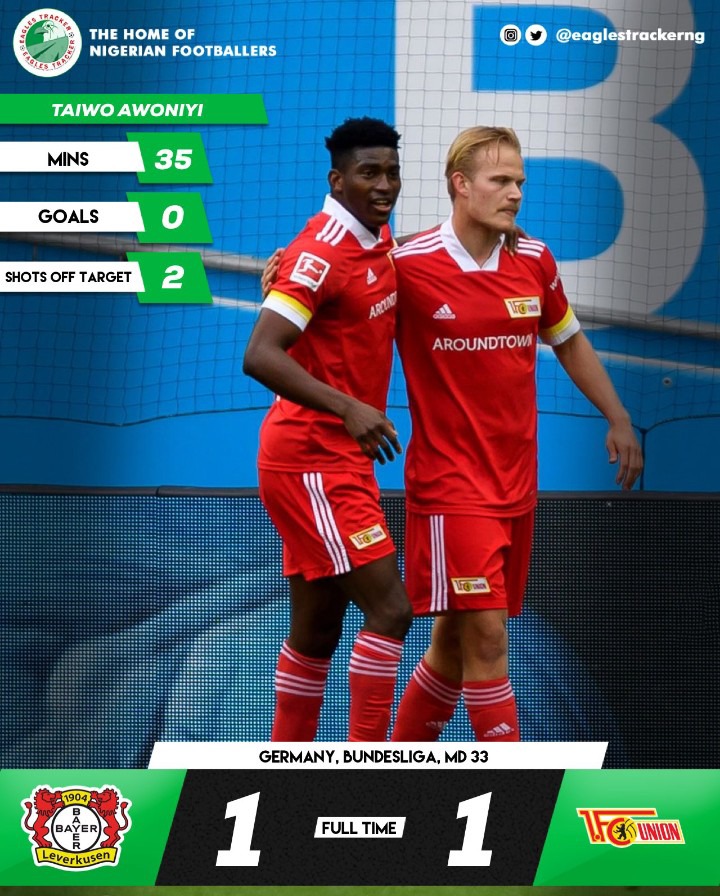 In the Turkish Super League, Olanrewaju Kayode scored one on the final day of the season to help his team finish in fifth place. He ended his campaign with six goals and two assists in 33 appearances (18 starts). 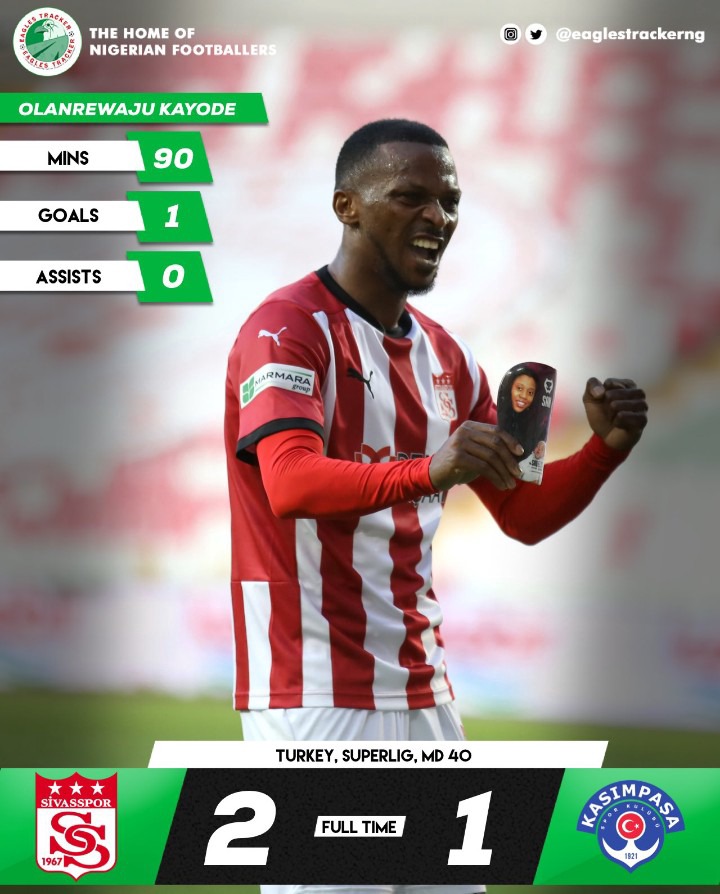 In Portugal, Chidozie Awaziem put in a superb performance to ensure his team kept a clean sheet and secure all three points. 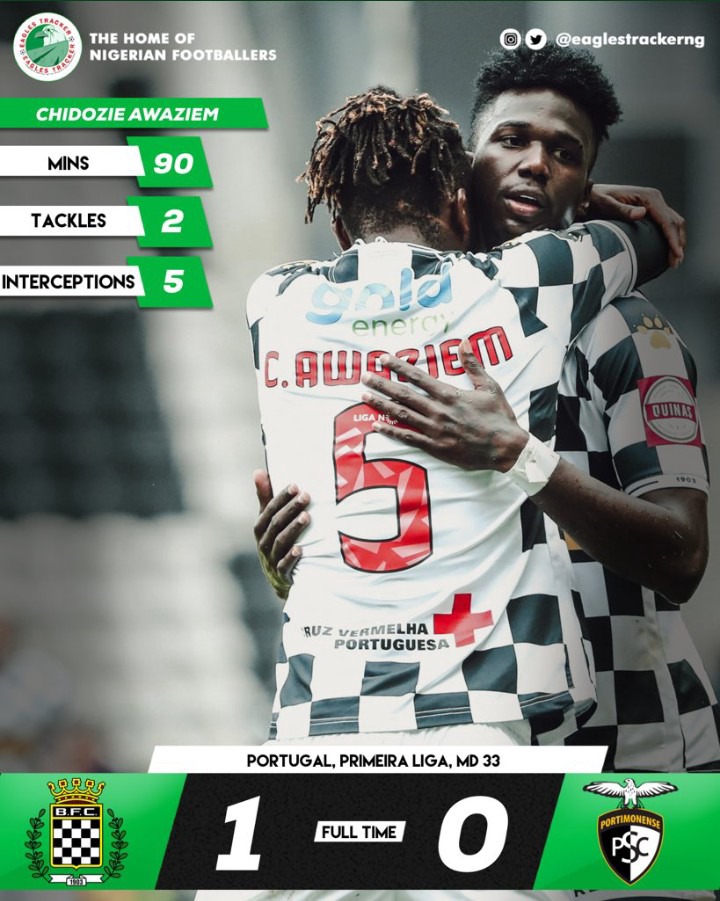 Meanwhile, a rising star seems to be emerging in Sweden. Samuel Adegbenro was on target for his side yet again this weekend. The 25 year old forward has now scored 6 goals in 6 appearances in the league so far this season. 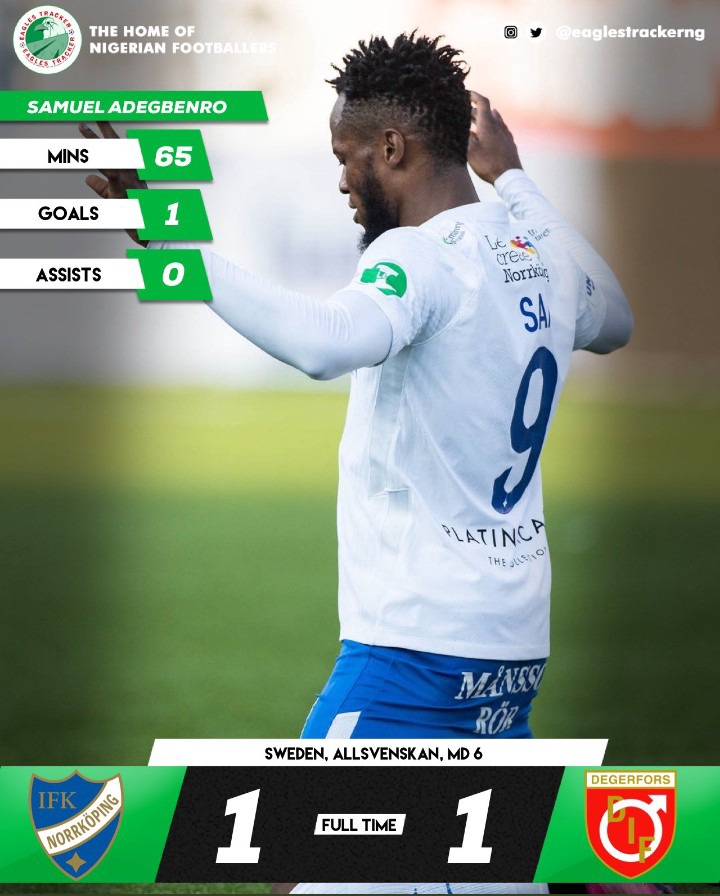 Super Eagles number one shot stopper, Maduka Okoye was on hand to keep a clean sheet for his team in the Dutch league as they played out a goalless draw. Okoye produced 6 saves throughout the 90' minutes and was also helpful with his ball distribution with a 60% passing accuracy. 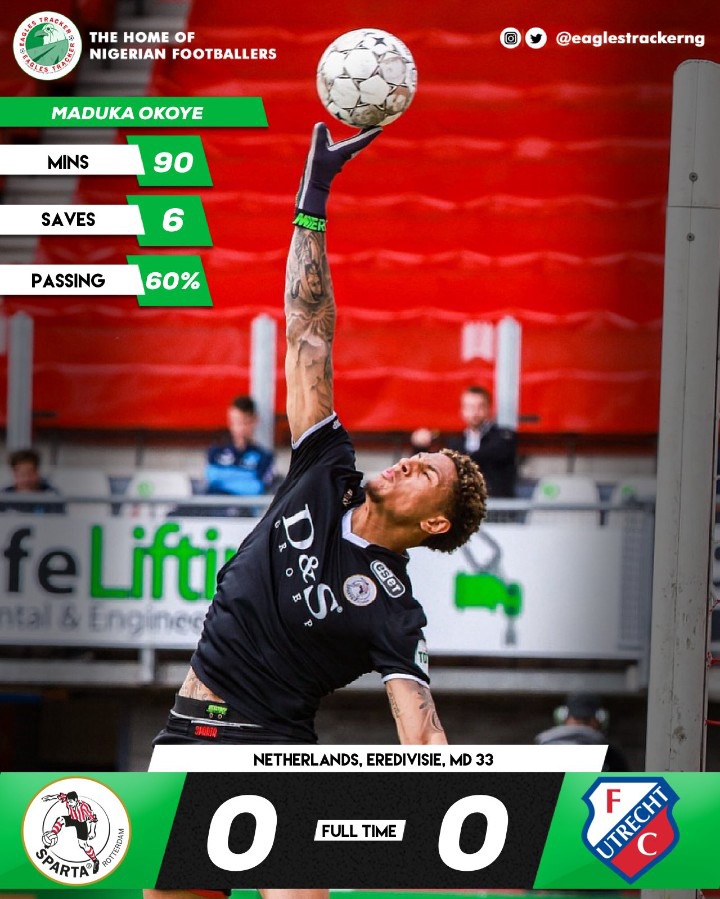 If you are interested in the performances of our Nigerian players, then you should click on FOLLOW at the top-right corner of this page as we will be dishing out a weekly edition of Super Eagles Player Watch.