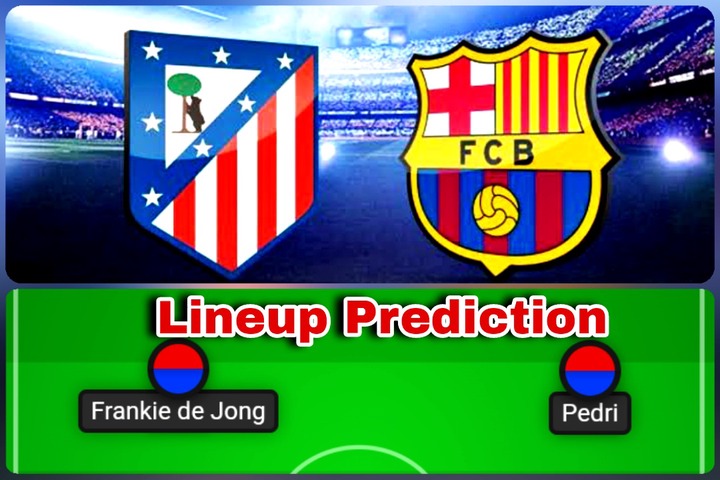 Barcelona will aim to forget about their dreadful Champions League loss in midweek when they visit Atletico Madrid on Saturday.

The Blaugrana suffered a devastating 3-0 defeat against Benfica, their first to the Portuguese club since 1961, to begin their European season with two straight 3-0 losses. Despite the fact that they are yet to lose in the league, Ronald Koeman's team has struggled on the field, putting in some sluggish displays.

Andre ter Stegen (GK): He is the only one who knows what he was thinking on Wednesday night. He needs to keep in mind that he is a world-class goalie.

Pique (CB): Will he be able to improve on a rare 0/10 rating from his previous Champions League match? For a player who is meant to be a leader, things can't get any worse.

Mingueza (RB): After being thrashed by a three-man defence in midweek, Koeman may opt for a four-man defence. Sergi Roberto's performance in Lisbon was poor, potentially providing Mingueza a path into the team.

Araujo (CB): One of the few players who showed some passion and desire in the middle of the week. He has earned the right to stay in his current position.

Sergino Dest (LB): Dest should start on the left again now that Jordi Alba is out, which is not his natural position, as evidenced by his urge to cut inside every time.

Busquets (DM): Busquets' time is running out, but does Koeman have it in him to play the youngsters? Unlikely, especially against Atletico Madrid.

Pedri (CM): The reality that Koeman quickly reintroduced the 18-year-old into the starting eleven tells it all. He'll play if he's able.

Frenkie de Jong (CM): After serving his domestic suspension, he will return to the starting line-up for La Liga matches. One of the few bright spots in Barcelona's current existence.

Coutinho (RW): Coutinho will almost certainly have to start again now that Ousmane Dembele, Martin Braithwaite, and Sergio Aguero have all been ruled out.

Depay (LW): Memphis, it seems to me, will be the key to Barcelona's future success. In a dreadful team, a shining star emerges.

De Jong (CF): It hurts to wear a Barcelona shirt that looks so out of place. He made his debut against Levante, but his general finishing is terrible, as evidenced by his 90-minute assessment from midweek. 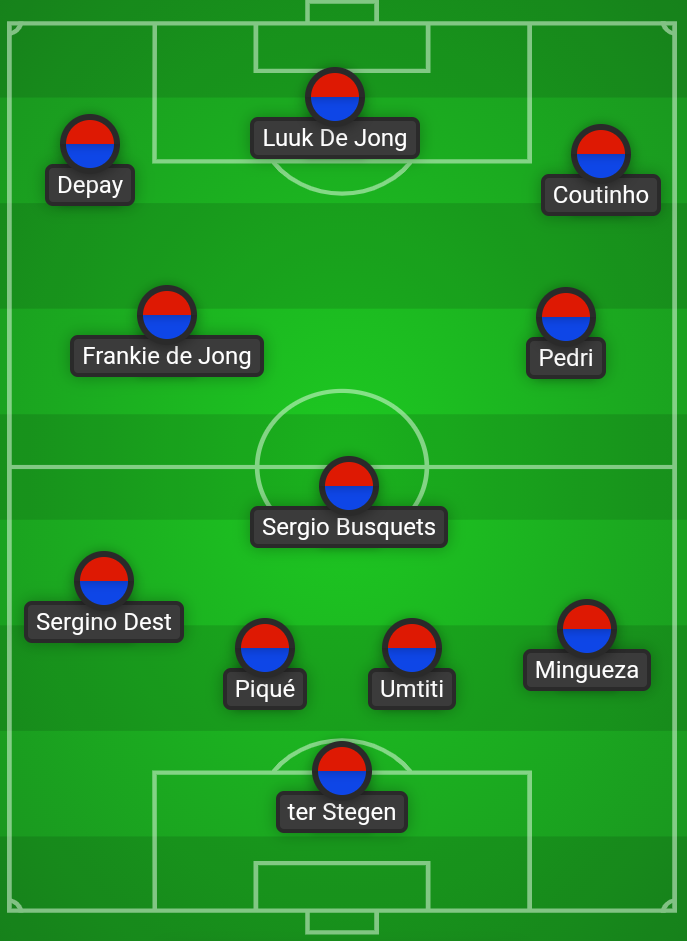