"If we continue like this, we will lose the game against Napoli." Messi 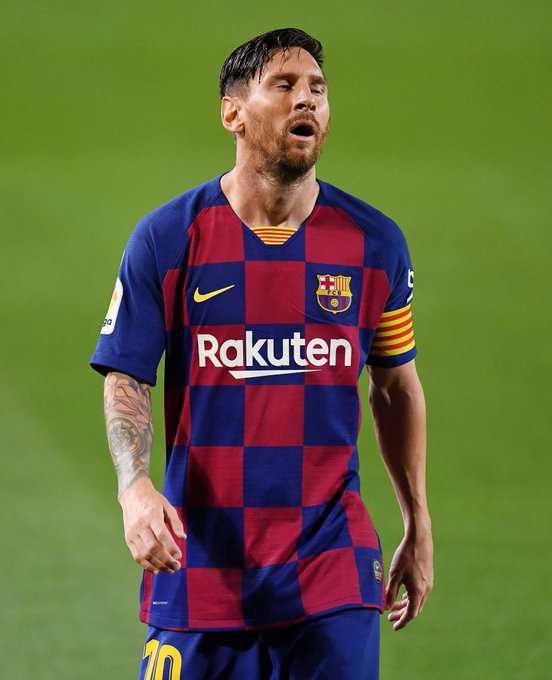 FC Barcelona captain, Lionel Messi has shown his concern and frustration about their team after a 2 - 1 loss to Osasuna in Camp Nou on Thursday night. Messi who scored his 53rd career freekick goals and the fifth this season against Osasuna, believed the team is too weak to compete in the Champions League has said, with the team current form, they might not be able to win in the Champions League second leg against Napoli.

The team did not just lose the game on Thursday night but also the La Liga trophy to their rival Real Madrid. Madrid were a able to win the trophy after their 2 - 1 victory over Villarreal on home soil, winning the La Liga for their first time since 2017.

Messi who added that, the club have to improve in other to be able compete further in the Champions League which is the only hope for the blaugarian this season;

"We were inconsistent during the season. Real Madrid did their thing. We lost a lot of points. We have to do some self-criticism. We are Barça." Messi. also have agreed to what Messi said believing that, there are lots of hole needed to fill in order to be able to compete in the Champions League and also prepared better for the coming next season. He said; "Look, the result does feel bad. There are things that we haven't done well and we need to improve, but there are also things that we did well."

Do you think FC Barcelona can contend with others to win the Champions League with their performance?