By Salaf (self media writer) | 1 year ago 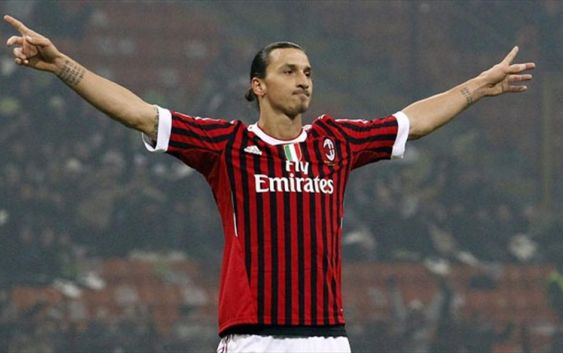 Known for controversial statements he has made over the years, Zlatan Ibrahimovic has made another hilarious comment regarding the fact that he has never won the Ballon d’Or.

The AC Milan striker stressed that, in his opinion, it is him who should be considered as the finest player in the world, despites never having received the prize.

“We all want a trophy that says you are the best in the world, but deep down I think I am the best player in the world. It would be prestigious to win it, but the voters decide”.

Ibrahimovic went on to claim that having not won a Champion League trophy doesn’t make him an unsuccessful player.

“Do you think I would have been a better player if I had won it?” wondered Zlatan.

“If I had won it, it would have been wonderful. I didn’t win it, but that doesn’t make me a worse player”.

“It’s like those who tell me:  Zlatan, you didn’t win the world cup, you are not a good player”.

“Okay, it’s easier to win a World Cup when you are French than when you are Swedish. Then, to return to Champions League, the longer you wait, the more pleasant it is to win it right?”

“I still have the goal-scoring ability. I want to win it. At club level, I won everything except the Champions League. But I am not complaining, because I have done more than many others. I am happy”.

Zlatan Ibrahimovic marked his return to action after four months out with a goal as AC Milan moved top of Serie A with a 2-0 win over Lazio after Champions Inter Milan drew 2-2 at Sampdoria.

The Swedish star, who turns 40 in three weeks’ time, rolled home the simplest of finishes from Ante Rebic’s low cross in the 67th minute to banish/silent a knee injury he suffered at the back of last season, ensuring his team went two points ahead of city rivals Inter Milan and Udinese, who won 1-0 at Spezia earlier on Sunday.

“It’s been four months since he last played, I am happy he started well out there, that he’s doing well,” Pioli told DAZN.

Zlatan Ibrahimovic believes he should be considered the equal of Cristiano Ronaldo and Lionel Messi in the debate over the world’s greatest player.