I have been making more findings into why Emiliano Martinez has become embittered towards Arsenal lately, and why Arsenal fans took delight in mocking him on Friday when Arsenal hosted Aston Villa at home in an English Premier League match.

My findings led me to certain facts about Emiliano Martinez which show he was cheated at Arsenal, which is why he is embittered and sometimes he speaks out.

First, Emiliano Martinez was a loyal player who, despite being promoted to the senior team in 2012, was overlooked for many years. and was repeatedly loaned out. 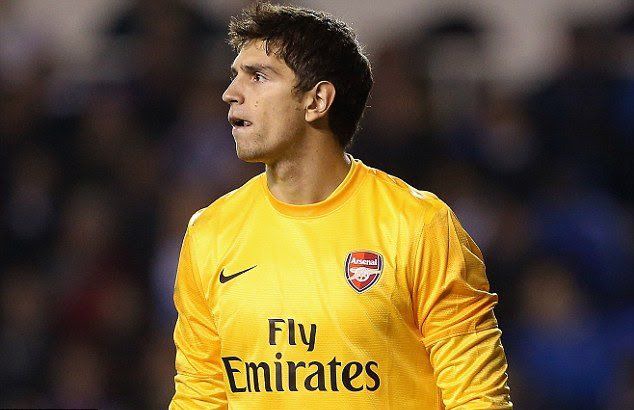 In fact, Martinez had already accumulated a wealth of experience and was ready for first team action in 2014/15 after Wojciech Szczesny lost his standing with Wenger. However, instead of giving him an opportunity, Arsene Wenger decided David Ospina, who was signed in 2014, was more ripe than Martinez. And he was denied first team action. 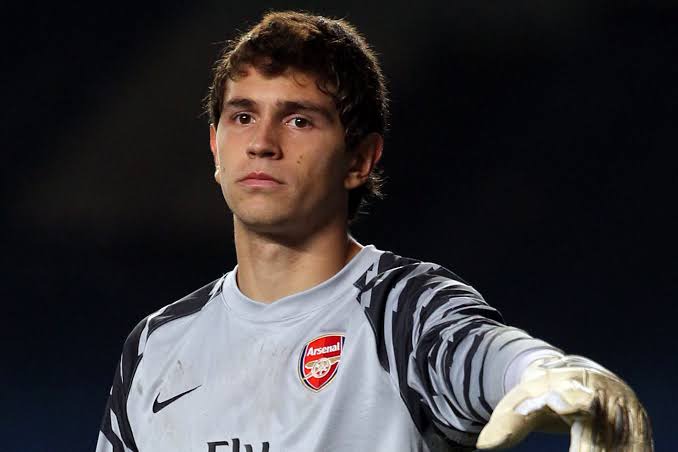 Come to think of it. Martinez made 6 starts in the 2014/15 season. And in those six starts, he produced some great saves and kept three clean sheets. Again, Martinez was also named in the UEFA team of the week after helping Arsenal defeat Borrussia Dortmund 2-0 in November 2014. Despite these exploits, Martinez was sent on an emergency loan to Rotherham United in March 2015, where he spent the rest of the season.

It was a clear indication that first team football for him for that season was out of reach, when Wenger bought Petr Cech from Chelsea. Yet he was a loyalist, and performed very well when he was eventually shipped out on loan again to Wolves in 2015/2016, to Getafe in 2017/18 and to Reading in 2019.

But God was on his side in the 2019/2020 season. In June 2020, Martinez was opportune to replace Bernd Leno, who was injured in the first half of their match with Brighton & Hove Albion. As a result, he played the rest of the season as Arsenal's number one goal-keeper. 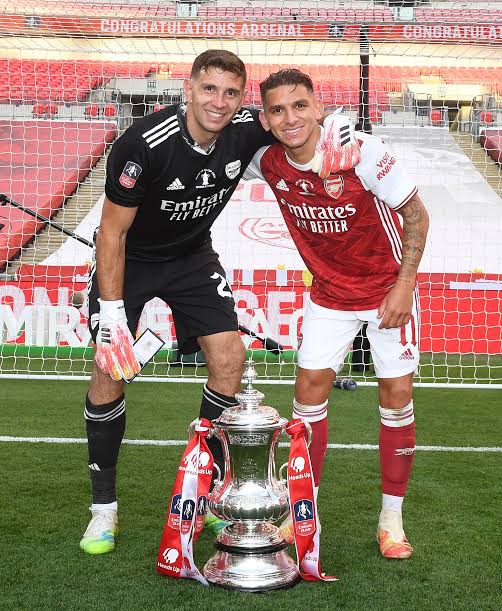 Martinez proved his worth with fine performances, great saves. His reward came in the final when he made some fine, crucial saves to help Arsenal defeat a determined Chelsea team to lift the FA Cup trophy. A trophy that caused Emiliano Martinez to cry on the field. It was indeed a memorable day, and emotional as well for Arsenal fans who witnessed the endless tears Martinez exhibited on August 1, 2020, after winning the FA trophy. 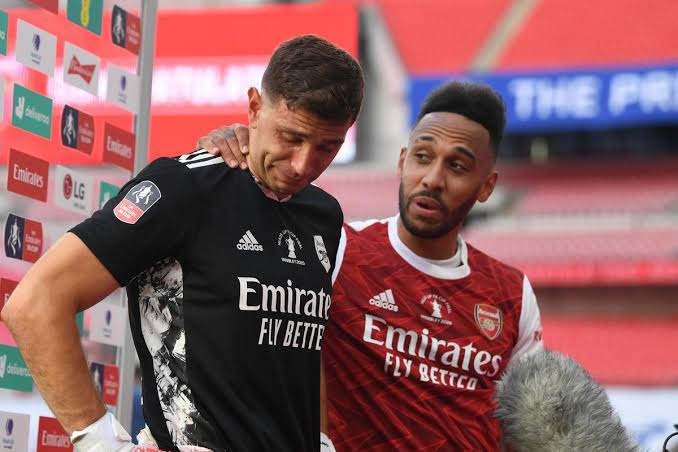 Martinez was also between the sticks when Arsenal won the Community Shield on penalties over Liverpool. But it was clear that he would never be the first-choice goalkeeper. I believe Martinez got fed up with being second choice and wanted first team action as first choice.

Mikel Arteta could have given him first team action considering he had been great in the previous season. Besides, he had stayed so long at Arsenal and was continuously being ignored. It was clear from that point that, regardless of how good he was, he was never going to be first choice. He was cheated again when Bernd Leno, upon his return from injury, took back the first choice goalkeeper's role.

And Martinez made it clear that it's either first team action or a move out of the club parmenently, which Arteta gladly obliged to.

Arsenal cheated him by selling him off to Aston Villa when it was clear he was the right person to be the first choice goalkeeper. And since then, Martinez has been very angry with Arsenal. He may have said some negative things about Arsenal, but that's because he feels cheated. He was there and witnessed Arsenal purchasing goalkeepers he was better than. And he was never even considered for over 8 years, after gaining promotion. And when it was his turn, they disappointed him. And sold him off. Who wouldn't be angry? 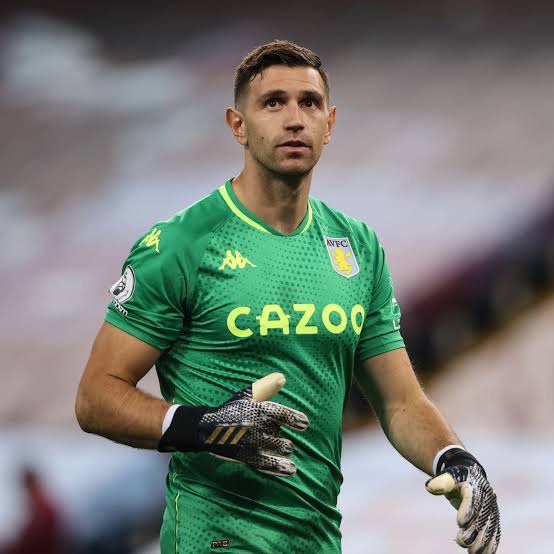 I am not saying he is right about most of the things he has said against his parent club, Arsenal. I am just saying that maybe if you look at where Emiliano Martinez has come from at Arsenal, maybe you will find a reason to understand him as well as sympathise with him. He is the victim here. He feels cheated.