It was definitely a night to remember for the Los Blancos as they secured their 34th La Liga title. They outran their strongest rivals, Barcelona for the trophy, after beating The Yellow Submarine as Barca lost to Osasuna.

Real Madrid who hosted the game didn't give their opponents much breathing space, as they played full offensive disrupting Villarreal's defence even at the early minutes of the game. 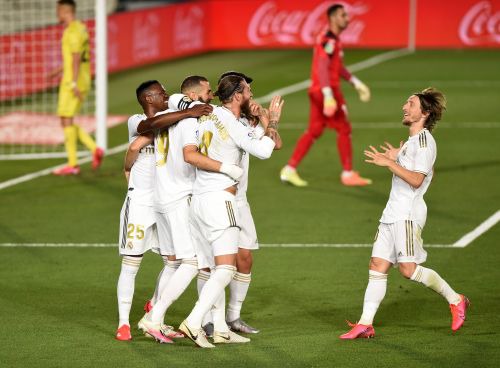 Benzema was undoubtedly the man of the match, scoring both the initial and decisive goals for Madrid increasing his goal tally this season to 21. According to Football Critic, Benzema had a player rating of 8.1 which was a few points above Modric who was substituted at the 85th minute.

This was also a night for Villarreal's number 11, Samuel Chukwueze to remember after his terrible performance cost them the vital 3 points. 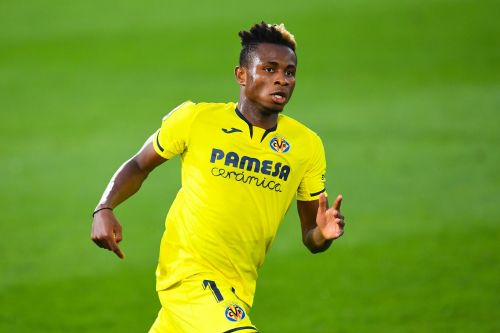 The Nigerian forward had one of the worst displays in the match as Sergio Ramos gave him a hard time to deal with. Samuel won only one out of his 11 contested duels and lost possession 9 times leading to their opponents' counter-attacks.

Javier Calleja had no choice but to take him off at the stroke of half time, but it was already too late as they couldn't still net an equaliser which would have reduced the Zidane's chances to count his 11th trophy for Madrid in 4 years.

Samuel Chukwueze had a player rating of 5.9 for his shambolic display at Santiago Bernabéu.

Although losing by a goal difference, it wasn't all dismal for them as the match guaranteed a spot for them in the next Europa season. They are 10 points behind Sevilla who occupy the 6th position in the La Liga mtable.