Chelsea have the best record of any Premier League side against Manchester United, and are the only side to have won more league games than they have lost against the Red Devils. Here we bring you the six of the biggest Chelsea vs Manchester United matches of all time. 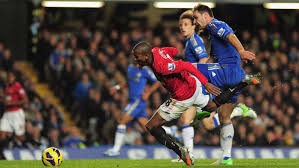 The Reds closed the gap on league-leaders Chelsea to just one point with a thrilling victory . Going into the encounter, the Blues had triumphed in seven of their opening eight Premier League matches, with a 100 per cent record at Stamford Bridge. But Roberto Di Matteo’s side were two goals down in the 12 first-half minutes thanks to David Luiz’s own goal and a strike from Robin Van Persie. Chelsea fought back to level the match before the hour-mark but were reduced to nine men in the space of six minutes, after Fernando Torres and Branislav Ivanovic were both shown red cards. The Reds took full advantage when Hernandez scored 15 minutes from time, to hand Manchester United all three points. That victory would be a pivotal moment in United’s season, as the Red Devil went on to win their 20th league title. 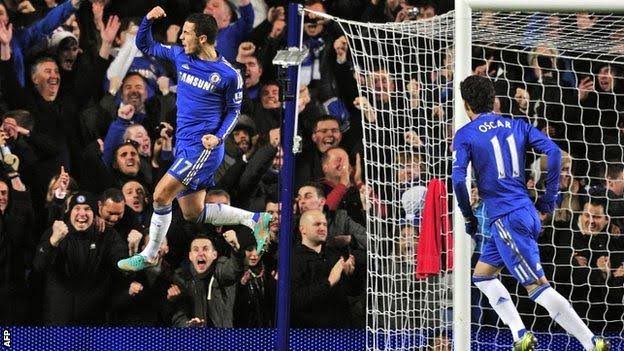 In October 2012, Chelsea and Manchester United played out one of the most entertaining League Cup ties of the 21st century. The two sides locked horns at Stamford Bridge in the fourth round and a goal-laden affair ended in favor of the Blues. After a 3-3 draw in 90 minutes forced extra time, Chelsea took the initiative of the game with goals from Daniel Sturridge and Ramires. Ryan Giggs’ last-gasp penalty proved to be a consolation, as the home side made it through to the next round by the odd goal in nine. 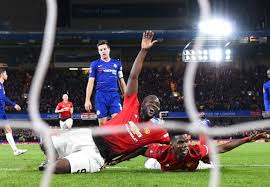 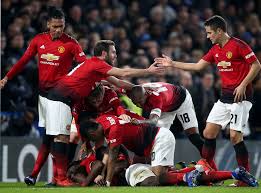 Manchester United travelled to Stamford Bridge for a fifth-round Emirates FA Cup tie. After beating Arsenal at the Emirates Stadium in the last round, the Reds recorded another impressive victory in London. Ole Gunnar Solskjaer was still caretaker boss then, and was enjoying a run of 10 wins from his opening 12 games in the dugout. United were on their way to the last eight when Ander Herrera headed home after 31 minutes. Paul Pogba doubled Man United lead just before the break with another fantastic header from Marcus Rashford’s pinpoint delivery. The Reds put in an assured second-half performance against Maurizio Sarri’s team to set up a quarter-final tie with Wolverhampton Wanderers. 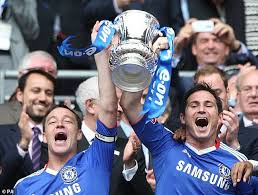 Didier Drogba is one of Chelsea greatest ever players and was so often the man for the big occasion. The Ivorian striker took center stage against Manchester United in the 2007 FA Cup Final and scored the solitary goal of the game to win the game for his side. After a goalless 90 minutes, extra time was enforced to decide the game at the Wembley Stadium. In what was a largely dull affair despite the amount of talent on the pitch, Drogba’s moment of quality in the 116th minute ensured that Chelsea completed the domestic cup double. Manchester United had already won the Premier League title earlier that season after an enthralling title race with Chelsea, but the Blues finished the season strongly with their fourth FA Cup triumph in history. 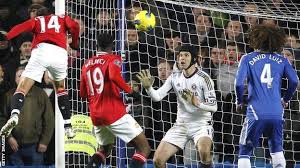 Manchester United came from three goals down to claim a draw in February 2012. Sir Alex Ferguson's side hadn't won at Stamford Bridge in over a decade and looked well on their way to another defeat when a Jonny Evans own goal and efforts from Juan Mata and David Luiz put Chelsea 3-0 up within 50 minutes. But Wayne Rooney's brace got United back in the game with time still on the clock, allowing Javier Hernandez to head home a dramatic late equaliser and complete a memorable comeback. Villas-Boas was sacked as Chelsea manager less than a month later, while Manchester City pipped Manchester United to the title on a dramatic final day in May. 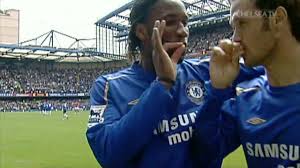 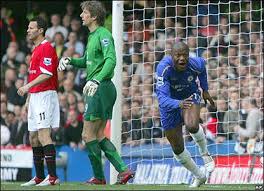 Chelsea lifted their second successive Premier League title after beating second-placed Manchester United 3-0 at Stamford Bridge. Jose Mourinho's men went into the game knowing they needed only a point to secure the trophy but took all three thanks to goals from William Gallas, Joe Cole, a wonderful solo effort from Ricardo Carvalho.