5 Elite Players Who Have Nigerian Heritage But Represent Another Country 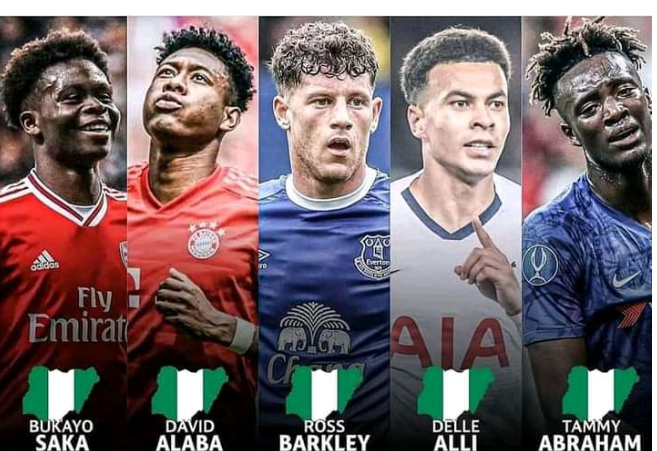 The first footballer on the list is Bukayo Saka. The Nigerian-British player plays for England national team. The 19-year-old winger is one of the stars of Arsenal FC and his talent is remarkable. Saka has all that it takes to become one of the best players in the world.

Chelsea star Ross Barkley is another player with a Nigerian heritage but he is representing the England national team. The attacking midfielder plays for Chelsea at the club level but he was an academy graduate of Everton football club.

Bamidele Jermaine "Dele" Alli is another wonderful player who has a Nigerian heritage but he is representing another country. The Tottenham Hotspurs star has a Nigerian father.

The last person on my list is Kevin Oghenetega Tamaraebi Bakumo-Abraham, popularly known as Tammy Abraham. The English professional footballer plays as a striker for Premier League club Chelsea and the England national team.

Opinion: How powerful would the Nigeria national team have been with the inclusion of these players listed above. Comment down your opinion and do not post hate comments.