What Winning This Season's La Liga Means To Real Madrid. 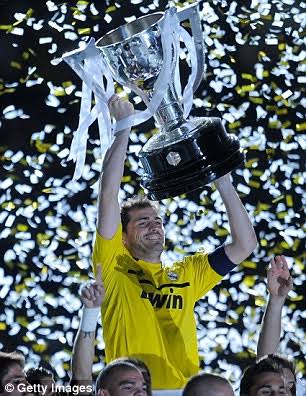 Real Madrid is not just the greatest football club in Spain: they are the greatest club in Europe and the world.

In 1999 they were voted both Uefa and Fifa Club of the Century.

Presently, they've won the Uefa Champions League a record 13 times and the closest club to them, AC Milan are still on 7. Their eternal rivals, Barcelona have 5 trophies.

However, in the past 12 years, Barcelona has dominated the Spanish La liga: they've won it 9 times. Real Madrid has only managed to win it twice since then, in 2012 and 2017 respectively. Athletico Madrid won it once.

And a club like Real Madrid is not used to playing second fiddle.

For those who're not aware, both Real Madrid and Barcelona judge their success based on the performance of the other. They'd each prefer another club won a trophy instead of either of them.

Yes, Real Madrid has dominated the Uefa Champions league these past couple of years, winning a hat trick of titles between 2016-2018, while Barcelona only has two trophies this decade. Still, Los Merengues (The Whites) as they are called have been trailing Barcelona and fans of the capital city club are not pleased about it.

And so Real Madrid face Villarreal this evening, knowing a win will not only prove their superiority to Barcelona, but further cement their place in history.

Its important to note a lot of football experts have not really been impressed with Real Madrid's dominance of Europe, while they can't even dominate Spain.

As a fan of this great club it makes me feel bad too.

He said if Barcelona had only won the Champions league, without being able to win the Spanish La liga or Copa del Rey they'd be termed failures.

Knowing Puyol as someone who rarely granted interviews some took his words seriously.

He was part of the Barcelona team that swept away all the trophies before them in 2009 and 2011 respectively. They won the Spanish La liga, Copa del Rey, Uefa Champions league, European Super Cup, Spanish Super Cup and Fifa World Club Cup.

I was a witness to those achievements and many termed them the greatest side in football history. They won the treble again in 2015. Real Madrid has never won the treble but they very much need to win La liga either this evening or on Sunday. Anything else won't be accepted.

Their destiny is in their own hands, irrespective of how many points Barcelona are able to garner in their last two matches.

The match kicks off at 8pm Nigerian time. Real Madrid are playing at home at the Alfredo Di Stefano Stadium.

I hope Madrid fans around the world will have reason to celebrate tonight.