By Niceguy (self media writer) | 22 days ago

On Saturday, Mason Greenwood made his eighth appearance of the season against Everton, and Ole Gunnar Solskjaer's faith in the kid is beginning to pay off. 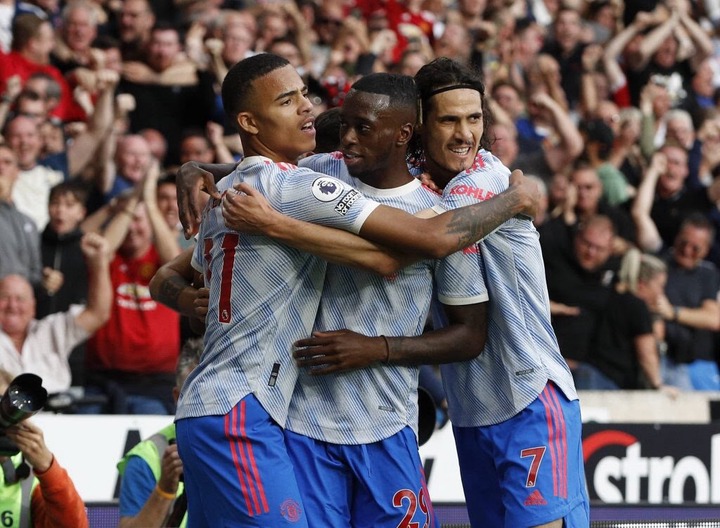 Manchester United drew 1-1 with Everton on Saturday, their second draw of the season, and it may have revealed a lot about how manager Ole Gunnar Solskjaer views his players.

Anthony Martial, who was not expected to play, scored the game's first goal in the 43rd minute, firing past Jordan Pickford after a well-worked move.

Everton, on the other hand, came out of the halftime break on top, and their dominance was rewarded with a goal from former Crystal Palace winger Andros Townsend.

The 30-year-old finished off a stunning counter-attack by the Toffees, which started with Demarai Gray humiliating Fred near the halfway line.

The Red Devils midfield has been put under a lot of pressure as a result of his costly error, but Mason Greenwood is one player who refuses to be replaced.

Despite the club investing £73 million on Jadon Sancho over the summer, the 20-year-old appears to be Solskjaer's first choice right-winger at Old Trafford.

His speed, intensity, and ability to play with both feet make him one of the most exciting possibilities in the Premier League, and many consider him a'must-start' after his start to the season.

If Solskjaer shares these sentiments, it raises issues about Sancho's place in the United squad.

Greenwood has started every game this season, whereas the summer signing has only started two and has come off the bench four times, indicating that the Norwegian manager believes Greenwood is his best right-winger at the moment.

Will Jadon Sancho be a Manchester United success? Please leave a comment below.