Despite an impressive year, Edouard Mendy was not nominated for the Ballon d Or. 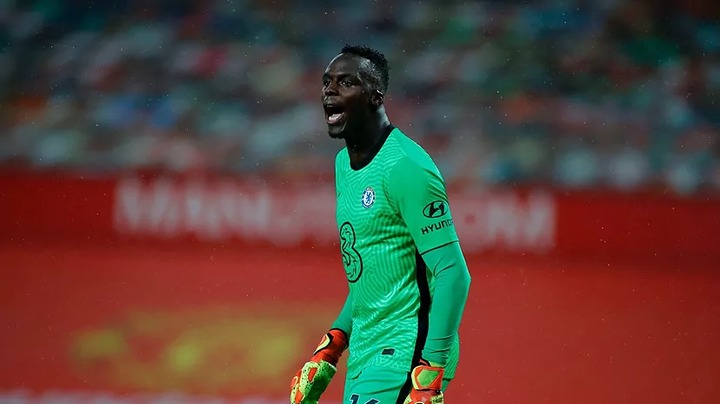 While a goalkeeper has never won the Ballon d'Or in the modern era, there is a new emphasis on the position when it comes to the France Football Magazine award given the presence of Manuel Neuer and Gianluigi Donnarumma on the shortlist, yet Sadio Mane reacted angrily to Chelseas Edouard Mendy misses the cup. Mendy arrived at Chelsea as an unknown quantity in the summer of 2020, with the Blues desperate for a reliable stopper to replace erratic Kepa Arrizabalaga.

The former Rennes goalkeeper had played a key role in the French team's qualification for the Champions League the previous season, and he would win the trophy with the Blues in 2021. It's unacceptable, I don't understand, Sadio Mane said, Edou is a very positive person, we talked about it together and he will continue to fight to be a part of it. For me, he has a place among those 30 players.

Mendy turned out to be a steal, costing the Blues just € 26million, which was a far cry from the world record they set for a goalkeeper when Kepa signed for 84million euros. It was a move that underlined the value of a good scout, which in a sense made the title-winning first team at Stamford Bridge under Jose Mourinho so good.

While the most cherished stars like Hernan Crespo, Michael Ballack and Andriy Shevchenko haven't all had the expected impact on the club, the scouts have unearthed gems like Petr Cech, Michael Essien and Tiago Mendes. Mendy, for his part, was more accepting of the decision than his international team-mate, although it is difficult to understand how the winner of the UEFA European Goalkeeper of the Year award cannot be included on the squad's list. Ballon d'Or while other scorers were.

Honestly, I'm already very proud to represent my country and to be among the top 10 goalkeepers in the world, Mendy told World Eleven. I have a lot of ambition, but this is already a good step. There will always be debates, but it depends on the freedom of the journalists' votes and they must be respected.