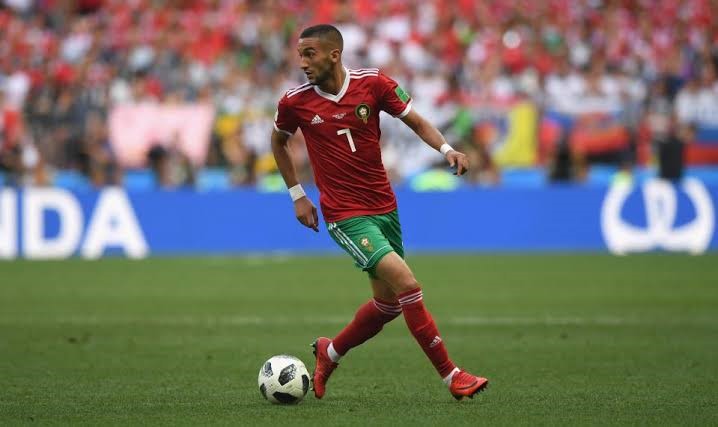 New Chelsea FC signing Hakim Ziyech, was seen at the club’s Cobham ground, taking part in his first training session with the Blues. The Moroccan playmaker officially became a Chelsea FC player on 1st July after agreeing to sign with the, Blues earlier this year in February.

The 27-year old’s arrival at the Cobham facility was subject to the player being welcomed by Petr clech, Chelsea FC’s performance, and technical advisor. While Ziyech was at Cobham, his new teammates were involved in a Premier League fixture against Sheffield United.

Ziyech’s transfer cost Chelsea FC a sum of €40 million, with the 27-year old’s arrival eagerly awaited by the Blues’ supporters. The attacking midfielder had been impressive during his four-year stint at Eredivisie side Ajax FC. Ziyech’s dribbling ability, set-piece technique, and range of passing made him one of the most important players for the Dutch side in recent seasons.

The Moroccan international ,enjoyed his fair share of glory during his four years at the Amsterdam based outfit. Ziyech’s honors for Ajax FC included winning the domestic ,double last season with a team that contained the likes of Frenkie de Jong and Matthijs de Ligt. The 2018-19 season also saw the largely inexperienced and young Ajax FC side reach the semi-finals of the Champions League, before a heartbreaking loss to Tottenham Hotspurs. 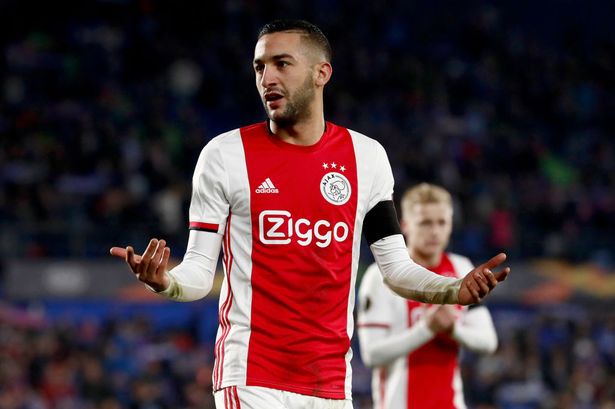 The signing of Ziyech means that Frank Lampard wants to revitalize the, attacking department of Chelsea FC’s play. The 27-year old playmaker would be expected to be involved in creating goalscoring chances for his teammates, and at the same time getting on the scoresheet himself.

Ziyech had enjoyed a great 2019-20 season with Ajax FC, with the Moroccan international recording an outstanding tally of eight goals and 16 assists for the Dutch side. His set-piece accuracy also makes Ziyech a major contributor towards, goalscoring opportunities for any side he plays for.

Lampard would be hoping that Ziyech’s addition could be the boost, his side requires ahead of the start of the 2020 21 campaign. The Blues will be, raring to challenge the likes of Liverpool FC and Manchester City FC for Premier League glory next season and the 27-year old attacker would surely have a huge role to play in that cause.