'Too easy to say Roma are perfect' - Mourinho

By Yekrash01 (self media writer) | 8 months ago 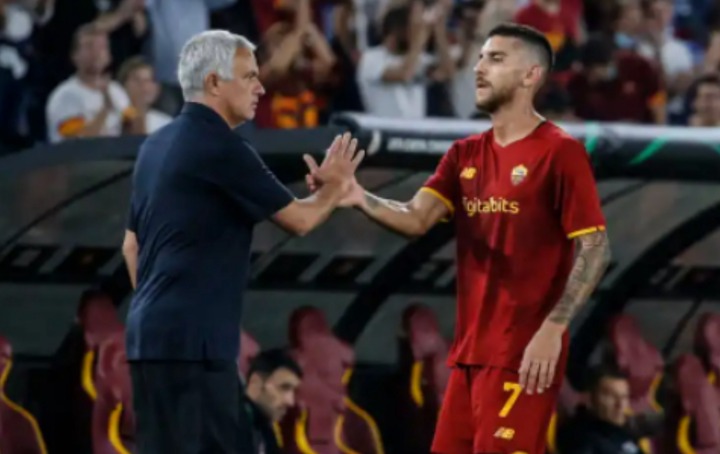 Roma boss José Mourinho has asked his side for more after six wins out of six, warning Hellas Verona will be a tough test. ‘It’d be too easy to say: we were perfect. That’s not the direction I want to go in.’

The Giallorossi have won all of their six games this season between Serie A and the Europa Conference League, but Mourinho is eager to put a stop to the intense joy.

During a press conference, he said: “It’d be too easy to say: we were perfect. That’s not the direction I want to go in.”

“We must analyse in every game what went well and where the problems were. We can certainly do better in the quality of our football and the defensive movements. The truth is, despite the result, CSKA Sofia had moments when they were in control,” he concluded.

When the Portuguese tactician was asked why Gonzalo Villar isn’t getting as much playing time this season as he did last term.

Mou said: “Paulo Fonseca had a different vision of football compared to me, so he had different options. There’s no problem with Villar, it’s just that Bryan Cristante and Jordan Veretout are doing really well. Anyway, we can rotate the squad because we trust everyone.”

“I cannot comment on other clubs, I can only say as a colleague that it’s disappointing to see coaches fired so early. As for what’s behind it, that is not my business. I’m glad Mazzarri is back, we faced off in both Italy and England, while Tudor was looking for an opportunity," he added.

He concluded by saying, “Verona have zero points in three games, but could’ve easily picked up results against Inter and Bologna. We could see Tudor go back to the approach that Ivan Juric had at Verona last season and we have prepared for that eventuality.”

When asked why Borja Mayoral was not getting regular playing time, because the coach have been fielding Tammy Abraham and Eldor Shomurodov.

Mourinho replied: “Unfortunately, FIFA won’t allow me to field 12 players at a time.”

“Mayoral is a fantastic professional, he has quality, intelligence and keeps his cool in front of goal, but I like Eldor and Tammy too. He wants more, his time will come.”