The Economic Impact Of The Covid-19 Pandemic In Laliga 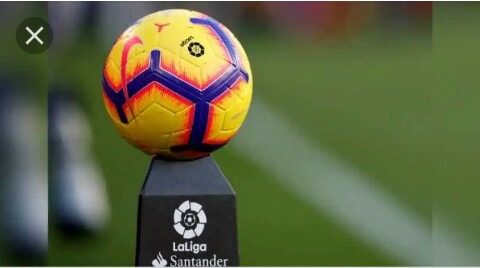 The pandemic hit every business sector in the world. Football leagues had to suffer huge losses due to COVID 19. From ticket and jersey sells, to broadcasting revenues, clubs faced setbacks in every financial aspect. Many clubs were on the verge of being liquidated. Every management agreed that the loss couldn't be handled in just a single season.

Among the top five leagues, it has been predicted that La Liga may become the worst sufferers as the majority of the La Liga clubs mainly depend on sponsorship and matchday revenues. Most of the clubs are fan-owned. Their main source of income was match day revenue. A study showed that the majority of the income of La Liga clubs used to come from TV rights - which suffered a major hit. It has been predicted that La Liga may suffer a loss of around 700 million due to this COVID situation, out of which, around 550 million will be due to lack of TV subscriptions.

Most of the clubs had to make player sells to keep themselves afloat. It reduced the quality of the league. The clubs like Valencia and Real Valladolid despite being owned by a private body had to suffer. The players like Ferran Torress and Mohammed Salisu had to be sold in exchange for a minimum transfer fee to attain financial stability.

This was where La Liga fell behind the Premier League. The Premier League club owners injected cash from outside to maintain the flow but in La Liga, that didn't happen. The financial monitoring body of La Liga doesn't allow clubs to spend more than a certain amount. This policy helps to maintain the parity between the clubs and helps a club to avoid utter financial losses. 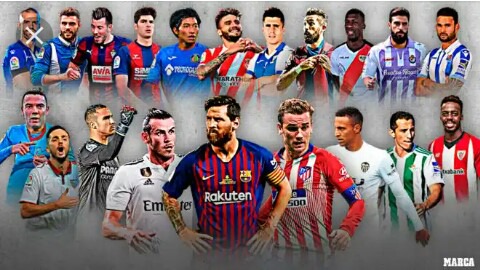 There is also some silver lining in this otherwise dark picture. As per La Liga India's managing director Jose Antonio Cachaza, La Liga clubs can handle this huge loss due to COVID 19 and still support lower divisions including non-professional divisions. This is the result of the financial reforms La Liga officials took back in 2015 to reduce the financial gaps between the clubs and to maintain a sustainable environment. It starts with the centralization of broadcasting revenues. The clubs get their share of revenue based on recent form and other revenue-generating factors such as matchday income, jersey sell etc. The idea is to reward a club taking into account its impact on the global brand value of La Liga. This factor is independent of the club's structure, league position and history. Moreover, 7% of the total club's income is submitted to La Liga at the end of every season by every club. This money is utilized to support financially weaker clubs. 50% of this amount is given to the relegated clubs to support their financial losses. The rest of the 50% gets divided among La Liga, REFF, and CSD. They invest this amount to modernise the infrastructure and support amateur divisions. The clubs are also encouraged and given special funds to create modern training facilities and sports complexes.

La Liga finance control board monitors clubs' spending and restrict the amount a club can spend every year. Previously the gap between the highest and lowest earning clubs were 12:1, but as per the records of 2018-19, the gap decreased to 3:5:1 and it is still decreasing. This proves how stable these financial policies are and these are making the league more sustainable. Research by an economic magazine stated that before COVID, teams like Athletic Bilbao and Celta Vigo were more stable financially than the big fishes like Real Madrid, Barcelona and Atletico Madrid and even since COVID, this hasn't changed much, thanks to the restricted expenditure and financial support of La Liga.

This set up also has a drawback. It doesn't encourage foreign investments. As the clubs are not allowed to spend more than their earning, private companies get very few opportunities to develop a club. This may lead to the thought that this system is halting the development of a club and making the league less competitive but it's not. According to Cacheza, after this economic reformation, the competition of the league has increased as the parity between the income of each club has decreased.