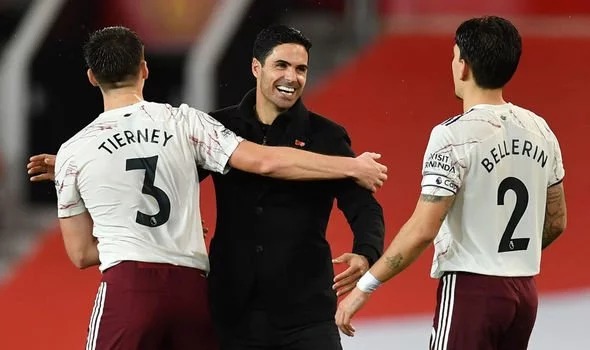 Former Arsenal player Lan Wright has evaluated Arsenal squad since Mikel Arteta took over about some months ago.

Arsenal's trip to Old Transfford on Sunday didn't go in vain as they broke a 14-years record by beating the Red Devils in their soil land. 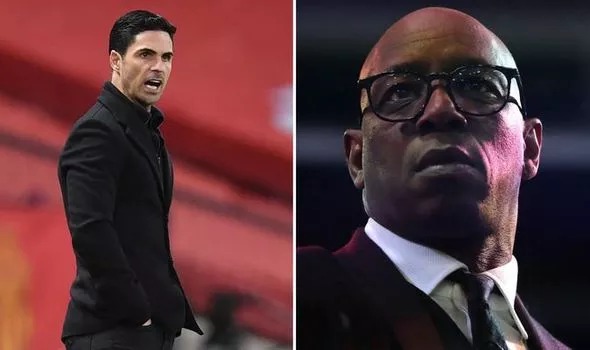 Arsenal haven't won at Manchester United for many years but that became a story yesterday as Arteta became the first manager to beat all big teams in first year of appointment. This is to say that Arteta has beaten Chelsea, Manchester United, Liverpool and Manchester City in his first year in office.

Well, that achievement hasn't gone unnoticed as Arsenal legend outlined three things that have changed about Arsenal since Mikel Arteta took over.

“It’s a massive win for Arsenal,” Wright told Premier League Productions. “The thing is that since Mikel has been there, there has been progress

"He has got the players he’s got to work with and it’s changed in terms of defensively, intensity, the culture and what he’s trying to do.

“What we’ve seen is the organisation of Arsenal, something that people have spoken about when it comes to a lack of intensity and lack of drive. We aren’t seeing that anymore.

"People can say whatever they want about the big six and the records, but under Mikel I haven’t got a problem now playing any of them because we are more organised and know what we’re doing".

“We have got a guy up front [Aubameyang] who if he gets chances will finish them and it’s a whole different structure at Arsenal.

“They can talk about not beating that top six as much as they want, we are going into a different era.”

Arsenal were cohesive, organized and urgent at Old Tranfford but they were unable to get more goals as the red devils proved too difficult. However, Perrie Aubameyang scored the only goal from the penalty spot after Paul Pogba roughly challenged Hector Bellarin in the final box.