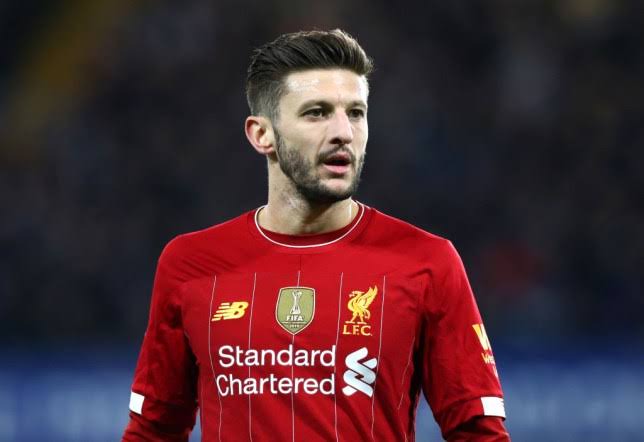 After a long stay at Liverpool, Adam Lallana is set to leave the club in the summer after his contract expires. There are a whole host ,of clubs lining up a possible move for the midfielder.

Adam Lallana spend six years at Liverpool winning the Champions League, Club World Cup, UEFA Super Cup and most recently the Premier League. But he has been mostly a squad player for the team in the past couple of seasons. The 32-year-old has made 22 appearances for the Reds this season, mostly coming off the bench. He signed a short term contract extension till the end of the season. However, manager Jurgen Klopp stated that it was to respect him and the player hasn’t featured recently.

Klopp told The Guardian earlier this month, “In this moment he is still here but we will miss him. He is one of the most influential players on the training quality I have ever had in my life. He is an incredible professional.” The German insisted that he already misses the player, who has been a pivotal member in his squad.

Marked by long term injuries at the peak of his powers, just after getting named England’s player of the year in, Adam Lallana never truly recovered from that. But a graceful, both footed player still has a lot left in his tank and it is no surprise to see many clubs trying to have him in the summer. According to The Telegraph, Everton, Leicester City, Brighton and Hove Albion and Burnley are the clubs interested in the player.

Moving to Leicester would allow the veteran to reunite with former boss Brendan Rodgers, while Brighton and Burnley are both looking to snap up a top level, experience player for free in the summer. Everton provides an interesting option for the player.

There are not many players who have had allies to both teams from the Mersyside, but Lallana admitted in the past of being a Toffees supporter as a child. The blue half of Mersyside are desperately looking for some midfield reinforcements in the summer, as they look to build a strong squad under Carlo Ancelotti. Lallana would certainly provide a creative spark from the midfield and would be an useful addition. With so much interest, one thing is certain that the PL winner can hand pick his next destination.