Manchester United will be looking to shake off their disappointing performance against Leicester City during the weekend, as they prepare to face Atalanta in the UEFA Champions League at Old Trafford on Wednesday. The Red Devils who will be facing Atalanta for the first time, having not played any previous matches before will be looking to continue with their impressive run of win over Italian teams.

Manchester United have played a total of 41 matches against Italian clubs across all competitions in Europe and have won 20 of them.

They drew 6 of those matches and lost 15, scoring 61 goals and conceded 48 in the process.

A win on Wednesday will see the Red Devils get 6 points from the first three matches played in the Champions League group stage, having lost their first match to BSC Young Boys. 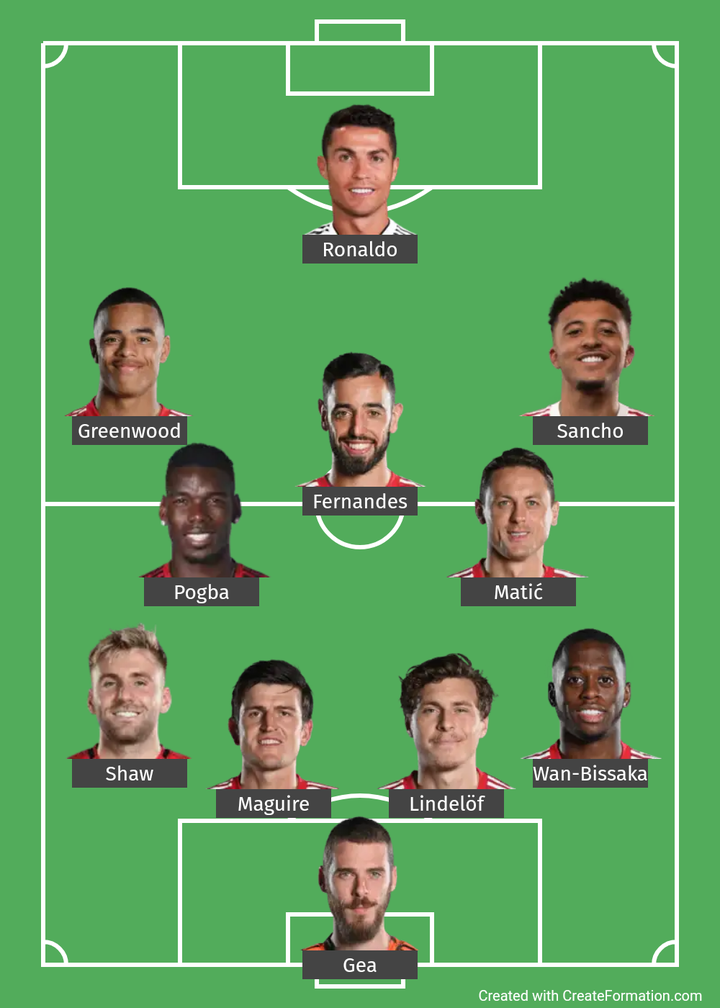 Not much is expected to change in the formation, given that the Norwegian tactician has always stuck with the 4 - 2 - 3 - 1 formation throughout most of his matches in both the domestic League and in Europe.

David De Gea is expected to start in goal, with a backline of Luke Shaw, Harry Maguire, Victor Lindelof and Aaron Wan-Bissaka.

The midfield trio of Nemanja Matic, Paul Pogba and Bruno Fernandes will be in the midfield.

With Jadon Sancho and Mason Greenwood playing from the left and right flank respectively and Cristiano Ronaldo upfront.

What Atalanta Should Avoid

One thing the Italian team should avoid doing when they visit Old Trafford on Wednesday is playing an all attacking football as they normally do in the Serie A.

Manchester United is known to thrive better when they are facing an attacking side, as they have pace and skills upfront.