By Olapen (self media writer) | 1 month ago

Manchester United legend, Paul Scholes has identified Paul Pogba as the player that should never play for Manchester United again following the 5-0 defeat to Liverpool at Old Trafford in the Premier League on Sunday. 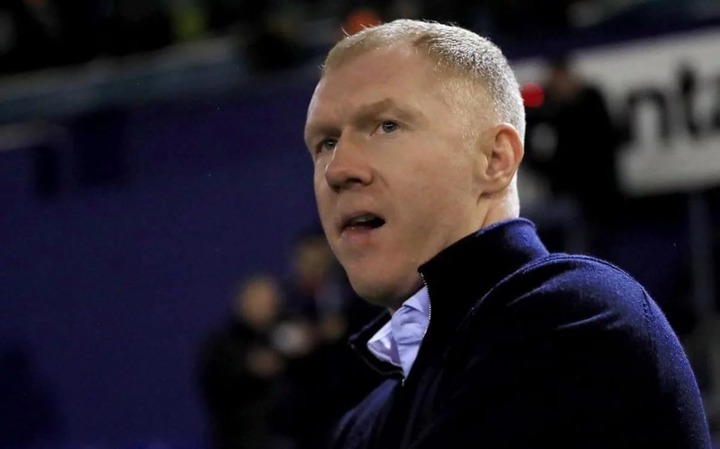 Manchester United were 4-0 down by half-time and booed off the pitch by supporters.

Salah completed his hat-trick shortly after the first half.

Pogba, who was brought on as a half-time substitute, was sent off in the 60th minute for his reckless challenge on Naby Keita.

“To say a disappointing day would be a complete understatement", Scholes told Premier League Productions.

“I think we all realise it’s been difficult, I just think the manager got caught up in the emotion of the comeback against Atalanta on Wednesday night.

“We keep going back to that game, but you were never going to do that against Liverpool, they have too much quality.

“I don’t think it was a lack of effort, I think tactically, they were set up in a way where this could happen and unfortunately, it did happen.

“Paul Pogba coming on to the pitch at halftime to try to help the team and maybe get a little bit of respectability about it, tries to stand on the ball, tries to show how strong he is in the middle of the pitch… gives the goal away.

“You’d have to think if Ole’s still a manager there, will we see Paul Pogba again in a United shirt? He’s caused mayhem over the last couple of years. Everybody knows what a talent he is, everybody trusts him, every manager trusts him, tries to give him his head, and let him be the player he’s been.

“But with all the commotion, not signing his contract, almost holding the club to ransom, and then he comes on and does something like that.

“It’s not Ole’s fault, don’t get me wrong, but that’s part of it which almost summed the Manchester United performance up today.

“Look, he probably will play again won’t he? But I don’t think they will be missing anything if he doesn’t.

“He’s had numerous chances, he keeps saying he lacks consistency, but that is just a lack of discipline and disrespect for your manager and your teammates, what he’s done today".