Arsenal coach Arteta gives update concerning the future of his star linked with a summer exit. 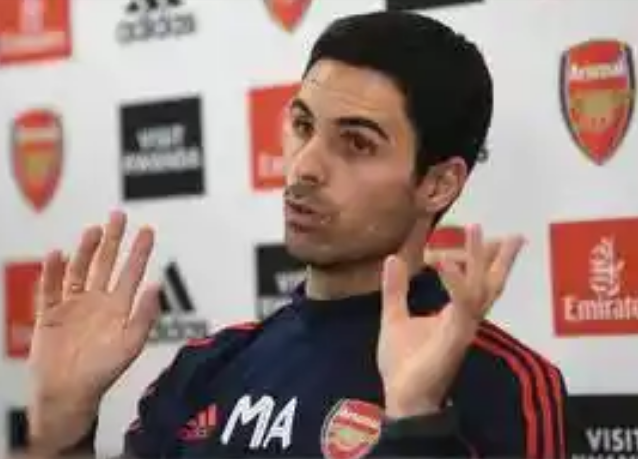 Arsenal head coach Mikel Arteta has told Football.London that Ainsley Maitland-Niles has a future at the club.

Arsenal FC is one of the top English club who are have a lot of players who have been linked with a possible summer departure ahead of next season.

The Gunners are yet to strike an agreement with their top scorer Pierre-Emerick Aubameyang, with Alexandre Lacazette also linked with a summer move.

Recall that Arsenal and Matteo Guendouzi are still having rift between them and with playing time hard for him to see now, rumors has also suggested that the Gunners will be willing to cash in on him this summer.

The latest person to be linked with a summer exit is recent report in Maitland-Niles, according to The Athletic. The young midfielder has reportedly grown tired of his limited playing opportunities and the way he is being used in different positions and therefore believes that he has no long-term future at the club.

According to the reports released by many sources, the 22-year-old midfielder, who can also play as a right-back, has concluded that he has to leave the Emirates Stadium in order to get more playing time.

However, as regards to that issue, Arsenal boss Arteta has revealed that he wants the midfieldertto stay.

Speaking to Football.London when quizzed about Maitland-Niles future at Arsenal and the possibility of his exit, Mikel Arteta revealed that it is true that Niles haven't played a lot of game, and has played in many different positions, but he revealed that he is an important player in his team. “

The Arsenal boss however revealed that he has held talks with Niles and that the players is just unhappy about his limited playing time. The coach however revealed that they are going to work on that, assuring Arsenal fans that Niles is still an Arsenal player unless something changes in the future.