The 2022 FIFA World Cup is a little more than a year away. It is one of the world's largest sporting events, and it promises to be nothing short of spectacular. We're nearing the end of the group stage of World Cup Qualifiers around the world, and several top teams are showing signs of trouble. 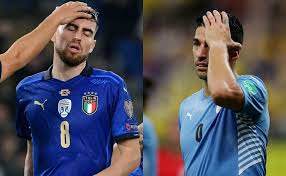 As things currently stand, several top teams are in danger of missing out on the quadrennial tournament. Without further ado, here are the five major teams in danger of failing to qualify for the 2022 FIFA World Cup. 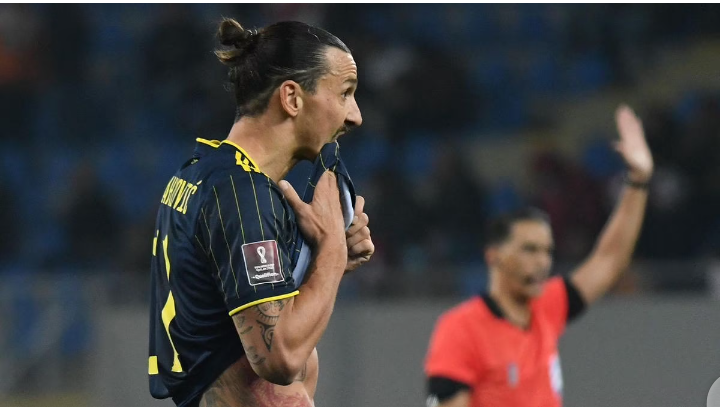 Sweden's chances of qualifying for the 2022 FIFA World Cup have been hampered by a shock defeat to Georgia this week. Both Aleksander Isak and Zlatan Ibrahimovic were guilty of squandering golden opportunities as the Swedes lost the opportunity to maintain their lead over Spain. Sweden currently sits second in Group B with 15 points and is poised to advance to the playoffs. 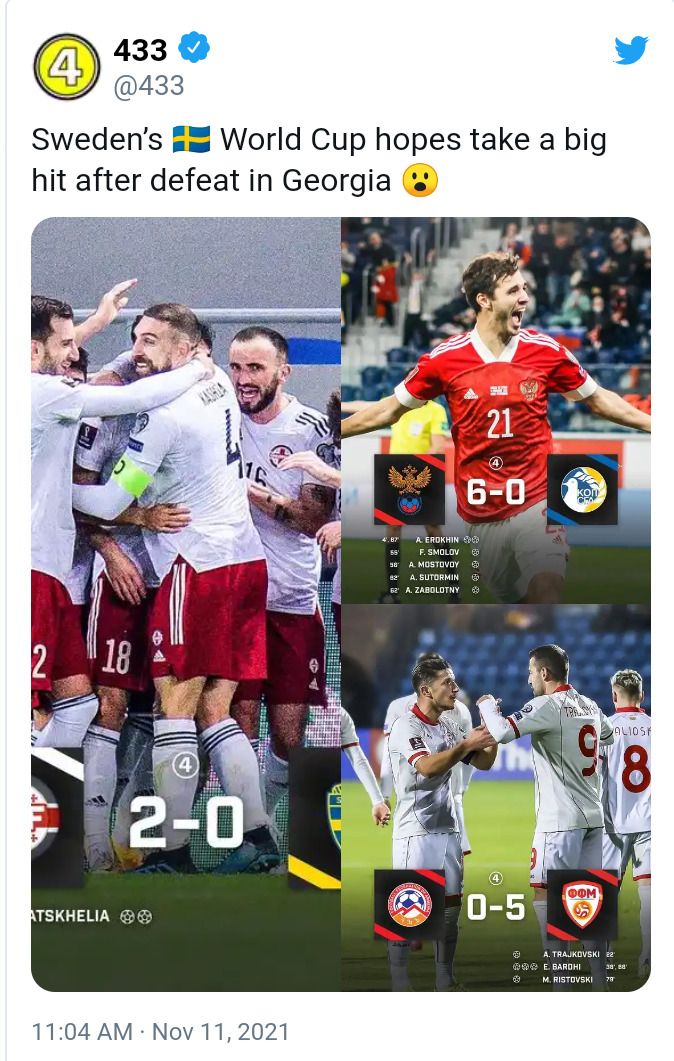 Their only remaining match in the group, however, is against group leaders in Spain. With 16 points, La Roja currently leads Group B. As a result, the match between Sweden and Spain on Sunday will be a high-stakes affair. 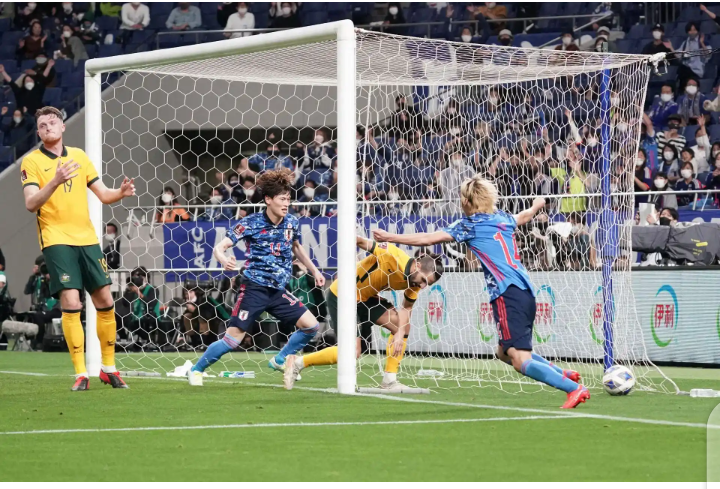 At the 2018 FIFA World Cup, Japan was one of the most impressive teams. They advanced to the knockout stages after finishing second in a group that included Colombia, Poland, and Senegal. Japan also jumped out to a 2-0 lead in the Round of 16 against European behemoths Belgium. 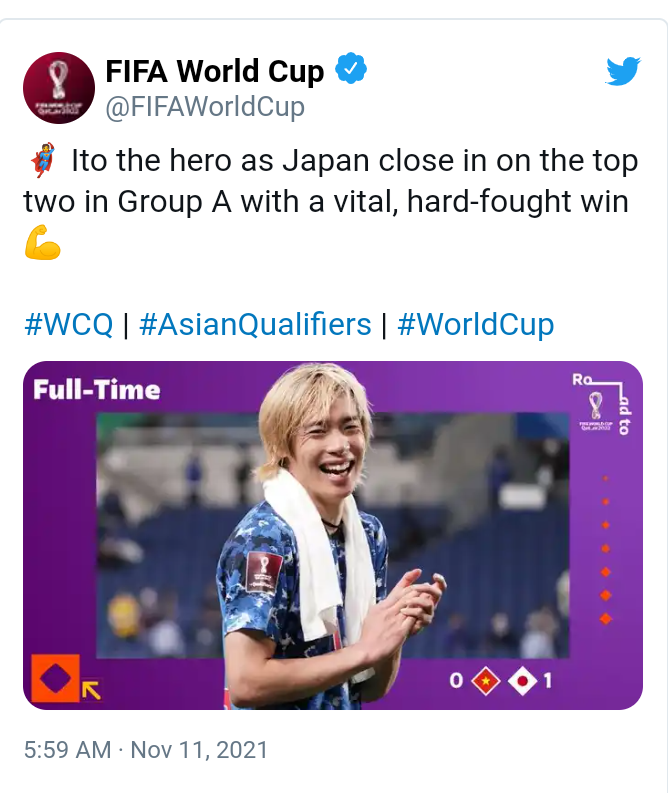 They put on an inspired performance, but an onslaught from the Belgian Red Devils in the final 20 minutes completely destroyed them. Japan was defeated 3-2, with Belgium's Nacer Chadli scoring the game-winning goal in the fourth minute of stoppage time. 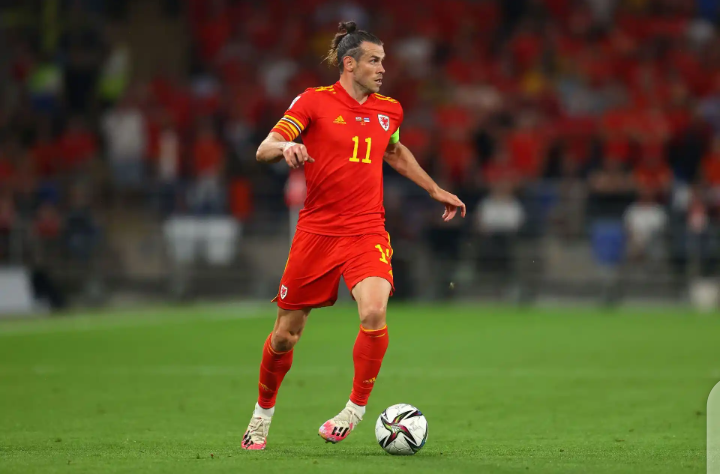 Wales currently sits third in Group E of the European World Cup Qualifiers, having collected 11 points from six games. They are tied for second place with the Czech Republic in terms of points but have a lower goal difference. However, Ryan Giggs' men have a game in hand over the Czech Republic. But here's where things get complicated. The Czech Republic will play Estonia in their final group game of the Qualifiers. Wales will play Belarus on Saturday, but their final game will be against Belgium. As things stand, Wales will have to play their hearts out just to make the playoffs. 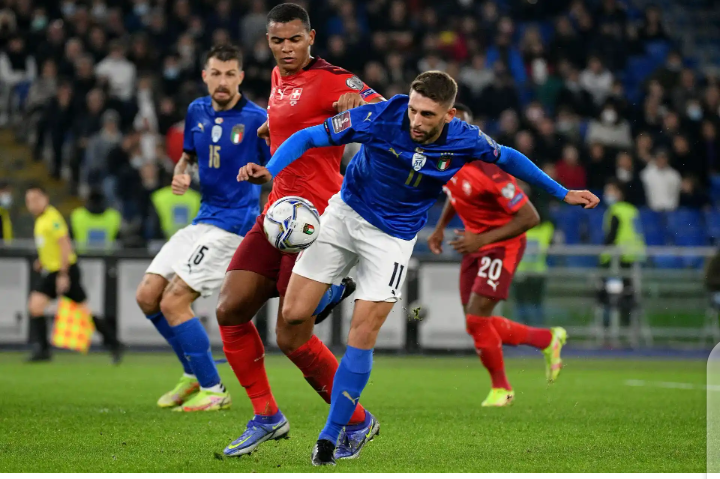 Italy's chances of qualifying for the World Cup were dealt a major blow on Friday when they were held to a 1-1 draw by Switzerland. Jorginho missed a penalty as the Azzurri blew an opportunity to put some distance between themselves and second-placed Switzerland. Italy and Switzerland are currently tied for first place in terms of points. Both teams have 15 points after seven games, but Italy has a goal difference of +11 while Switzerland has a goal difference of +9. In their final game, Roberto Mancini's men will face the Republic of Ireland, while Switzerland will face Bulgaria. 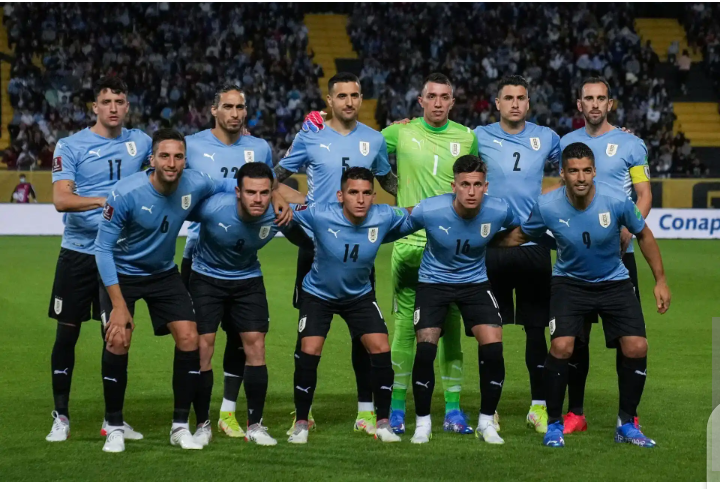 Uruguay is a South American footballing powerhouse. South America will send four teams to the FIFA World Cup in 2022. Brazil and Argentina are both in excellent form, and their qualifying campaigns are on track. Ecuador and Chile currently hold the remaining two spots. Uruguay is sixth in the table after losing their last three games and going winless in their last four World Cup qualifiers. They have the same number of points as fourth-placed Chile but a goal difference that is slightly lower. Chile has a GD of +1, while Uruguay has a GD of -4.