Opinion: Why One Of These 3 EPL Clubs Should Hire Steven Gerrard As Manager Next Season

Former Liverpool player and legendary football figure, Steven Gerrard completed a whole season in the Scottish Premiership without suffering a single defeat with his well drilled and solid Rangers side.

The former captain of Liverpool went to Rangers football club on a journey of discovery, mixed with a lot of uncertainty as a rookie manager trying to find his path in the game. 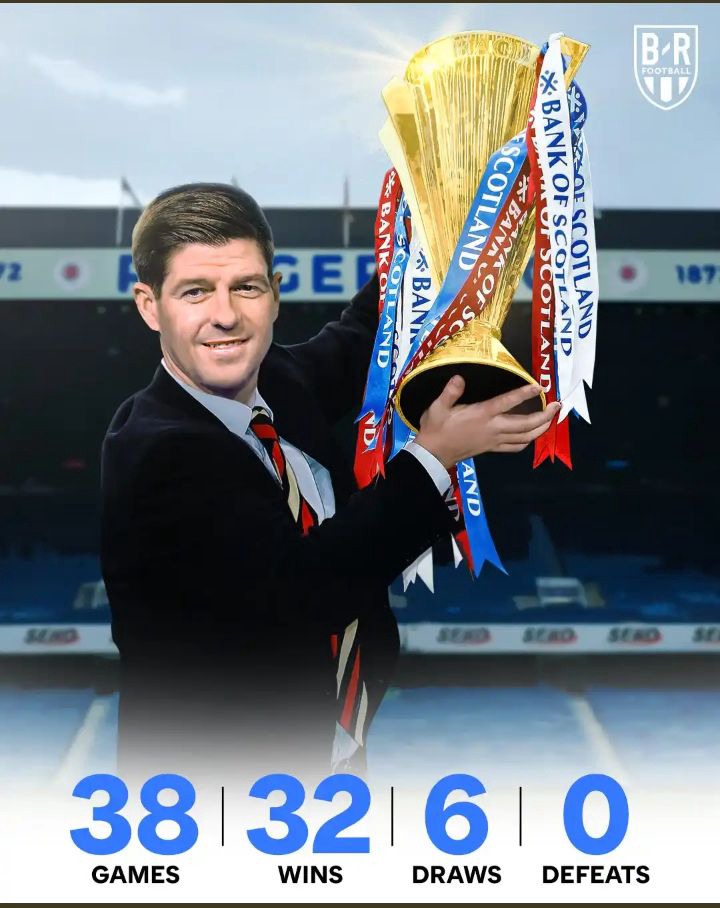 He was inexperienced but his ambitiousness and passion to succeed literally saw him break the long held stronghold of Celtic football club in the Scottish first division, and asserted a new dominance of Rangers.

The Champions League winner did not only go unbeaten in a record breaking campaign, but also finished the 2020/2021 season with a three figures number of points for the Scottish giants. 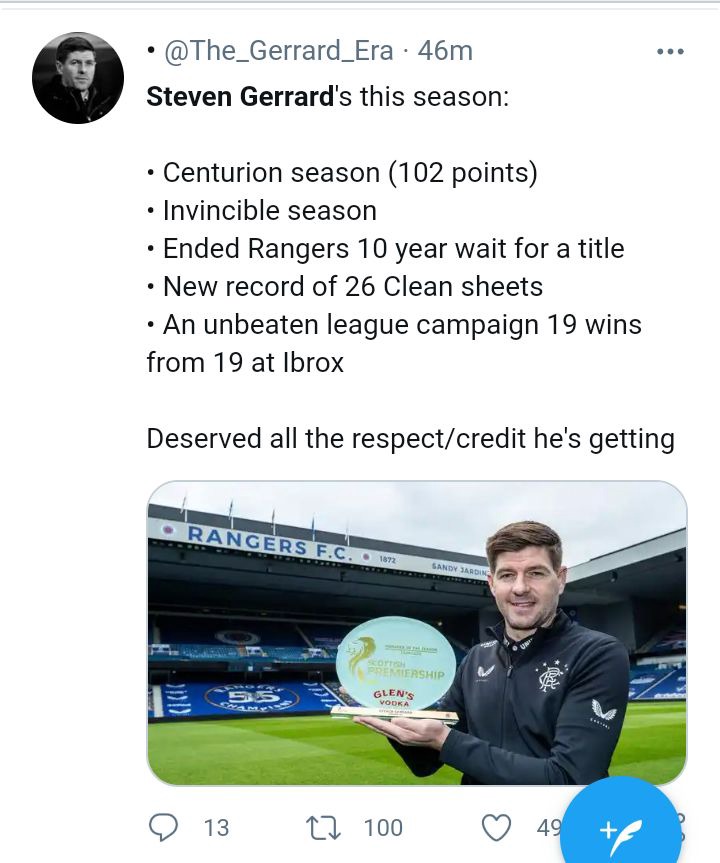 Steven Gerrard's achievement as manager of Rangers has now earned him quality reviews, but also raises the question of the future that awaits the former midfielder.

It's why for everything worth saying, Steven Gerrard could fancy himself as manager of one of these three English Premier League clubs next season.

They are the teams in the English top flight, that should be brave enough to hire a successful former player who obviously wants to succeed as a manager too.

Yes, the London club might be like a demotion for Steven Gerrard as Rangers football club boasts of a larger financial status, and to some extent higher followership than the Eagles.

But the unforgiving nature of the Premier League makes sense for Steven Gerrard, to join a stable club that will not place him under undue pressure, as he slowly and gradually builds his own team. 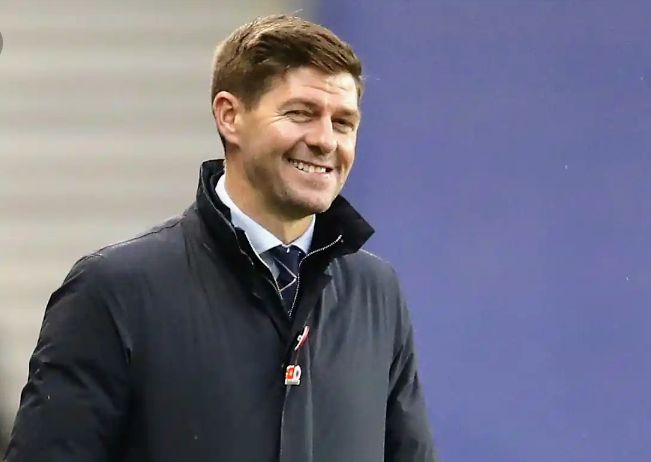 It is why, with the ongoing wind of uncertainty surrounding the future of aged manager, Roy Hodgson at Crystal Palace. Perhaps, a change in personnel could be the jumpstart from being perennial bottom table finisher.

Steven Gerrard's resourcefulness, and mentality in addition to his much important experience could shape, and change Crystal Palace for the better.

This is another club on a measly budget, but can very much compete if they want to under a tactically sound manager.

Even though, Garry Potter has done a fantastic job with the Seagulls by keeping them afloat in the Premier League this season, one can only imagine what Gerrard could do with the same Brighton squad. 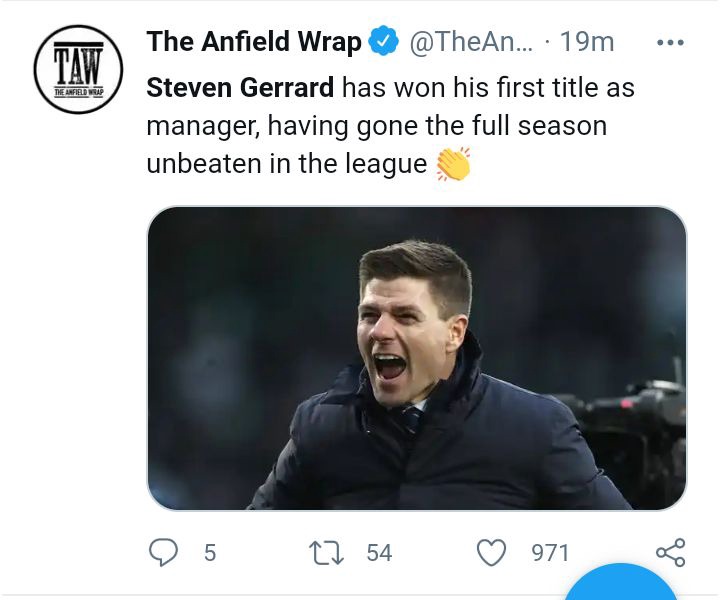 If the Seagulls want to enjoy rare competitiveness with some of the big boys in the Premier League, it starts from signing or appointing a manager who has experienced the highs and lows as a top player.

It would actually take a very convincing project on the part of Brighton FC, to lure Steven Gerrard from Rangers football club.

Perhaps, we should all save Steven Gerrard the 'stress' of managing in a low budget club, and imagine him as manager of a financially buoyant and relatively attractive club like Tottenham Hotspur.

At the moment, it's obviously looking like current interim and rookie manager, Ryan Mason might never get a permanent position to lead the team next season after Jose Mourinho got sacked. 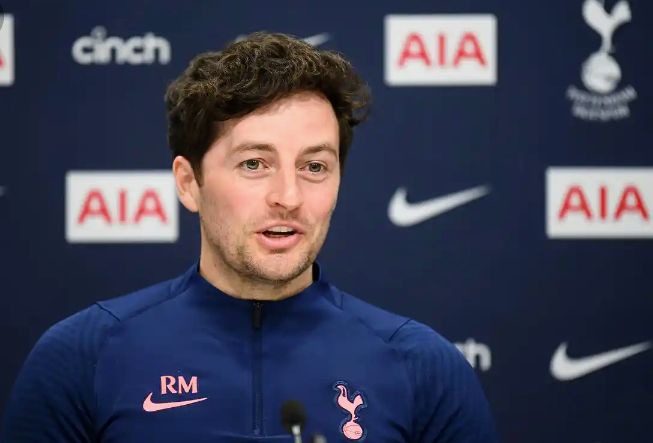 The sacking of Jose Mourinho means a fresher and ambitious approach need to be brought to the club which Steven Gerrard could offer as the London side manager.

Steven Gerrard has shown his mettle elsewhere in the Scottish Premiership, as a manager who is capable of disrupting the norms and could actually benefit Tottenham Hotspurs immensely. 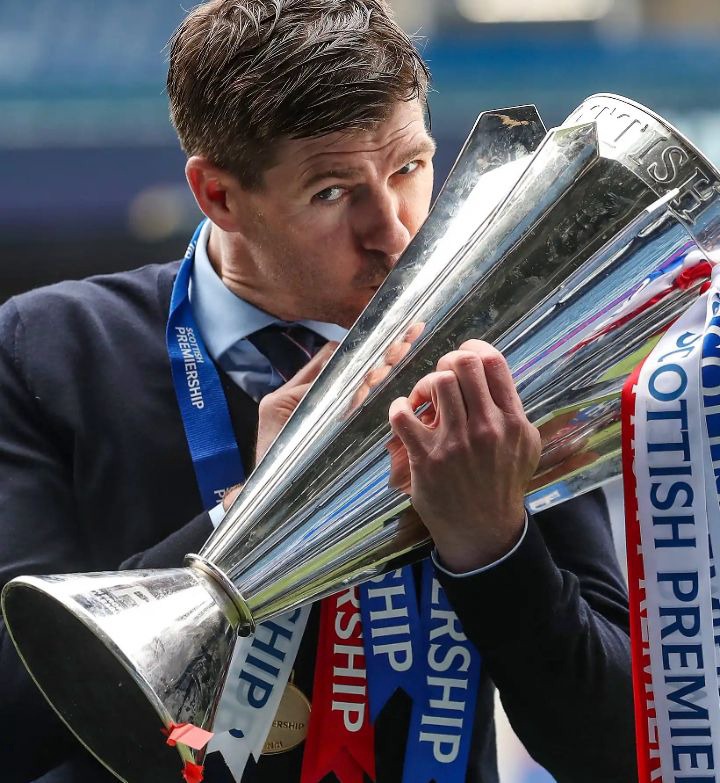 An averagely successful 2020/2021 season that could see them finish outside the top four is an imperative need, for Spurs to change and compete with the top teams in the Premier League next season.

Tottenham Hotspur could just be the proper stepping stone to a great managerial career in the Premier League, and Steven Gerrard should take his chances if the North London club request for his services.