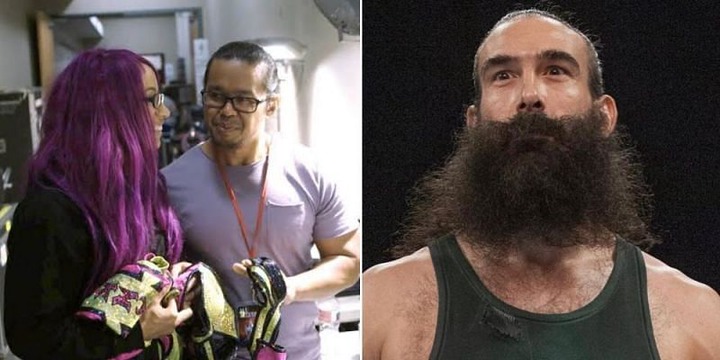 Many people have paid tribute to the former Intercontinental Champion and shared stories about how a wonderful person he was. More tributes are still pouring in, including one from ex-wrestler Sarath Ton, aka Mikaze, Sasha Banks' husband.

Mikaze took to Instagram to share a heartfelt post about how he wanted Brodie Lee to visit his father. He also included a photo of himself and Lee which he revealed is from his wedding day.

In the post, Mikaze revealed that former WWE wrestler Konnor was the officiant of his wedding, while Brodie Lee was the witness. He also stated that he knew Brodie's wife for a long time and wished that Lee came to visit his house so that his mother could make more spring rolls for the latter.

Mikaze also stated that Brodie's family were his family too, and he loved him very much. Brodie Lee's wife replied to the post.

"I love you so much. You owe me drinks soon. Fruit salad all around. And mama’s spring rolls."

Brodie Lee performed in AEW as the leader of the Dark Order, and according to Tony Schiavone, Brodie Lee's son was a member of the faction.

The 8-year-old reportedly signed with AEW meaning he'll be able to perform once he reaches the right age. Schiavone also revealed that Brodie Jr. gets involved with the guys, sits in the Gorilla position and comes out with the Dark Order mask.

Brodie Jr. even "won" the AEW World Championship from Kenny Omega in a dark match, although the title change hasn't been made official. AEW announced that the upcoming episode of Dynamite will be honored and dedicated to Brodie Lee's career.

The wrestling world will forever miss Brodie Lee and his legacy will live on in our memory.