By ThaRealMolos (self media writer) | 6 months ago

At long last, the moment we have all been waiting for is finally here. On Sunday, the European Championships reaches it's climax as the Azzurri of Italy do battle with the Three Lions of England in the final of the delayed UEFA Euro 2020 tournament at the Wembley stadium in London. 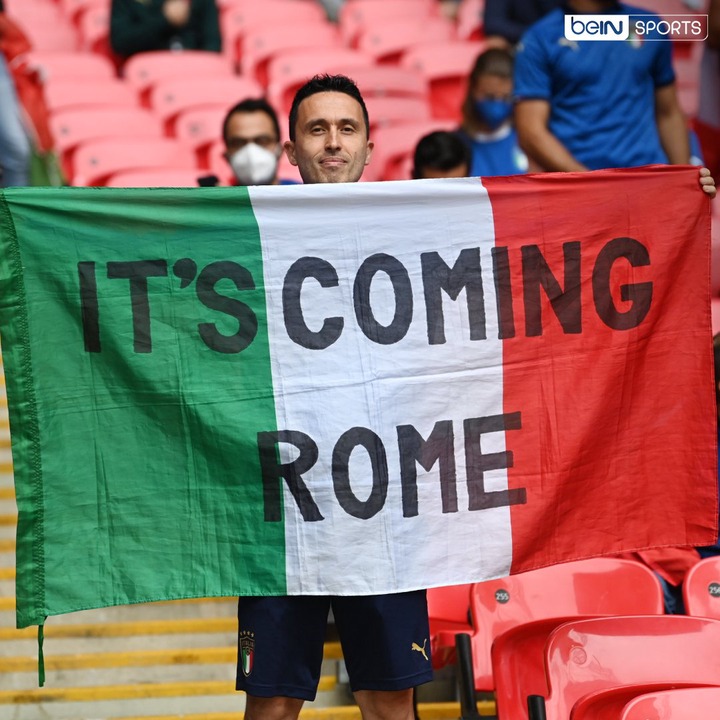 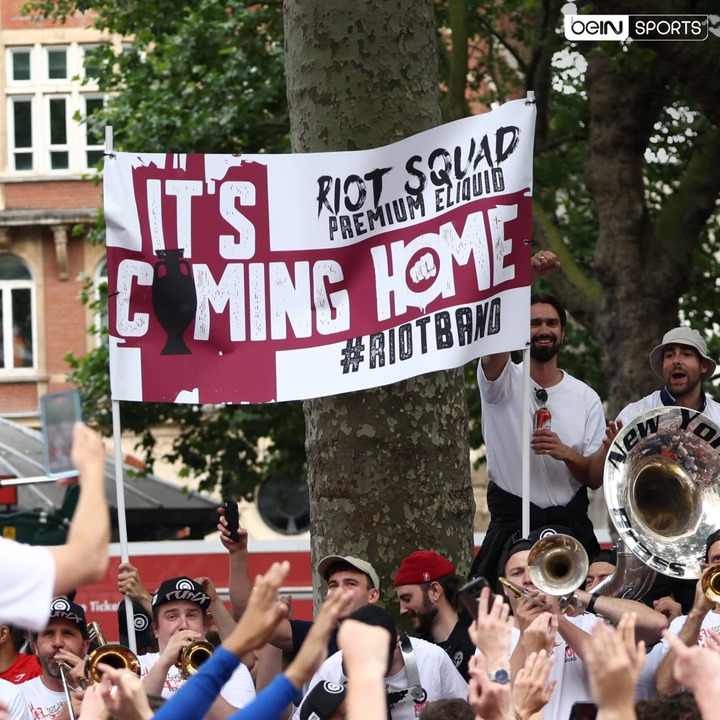 Both teams have had to navigate some difficult fixtures on their way to the finals; Italy coasted through a seemingly easy group containing Turkey, Switzerland and Wales, and after surviving a scare against Austria in the Round of 16, Roberto Mancini's men have gone on to eliminate tournament favorites in the shape of Belgium and Spain in the last eight and last four respectively. For England, they emerged top of a group containing Croatia, Scotland and the Czech Republic, before dispatching Germany in the last 16. They also eliminated Ukraine and most recently Denmark on their way to the finals.

The starting lineups for both teams have been confirmed, and they are both similar to what many must have predicted.

Gareth Southgate reverts to a three man defence and makes just one change from his last game, with Kieran Trippier coming in at Right wingback for Bukayo Saka, while Kyle Walker moves to the right side of the three man defence. 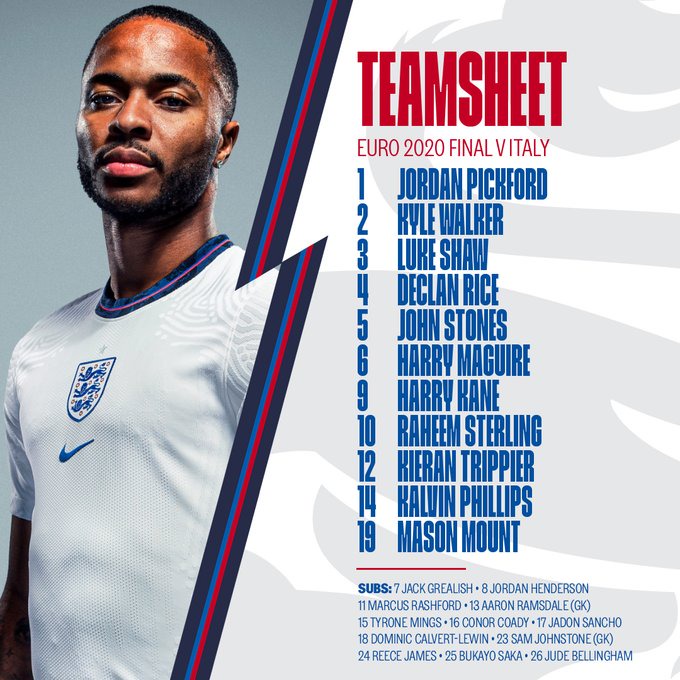 For the Azzurri, the lineup remains unchanged from the last game as Emerson Palmieri once again starts in placed of the injured Spinazzola, with Jorginho at the base of the midfield and Ciro Immobile leading the line. 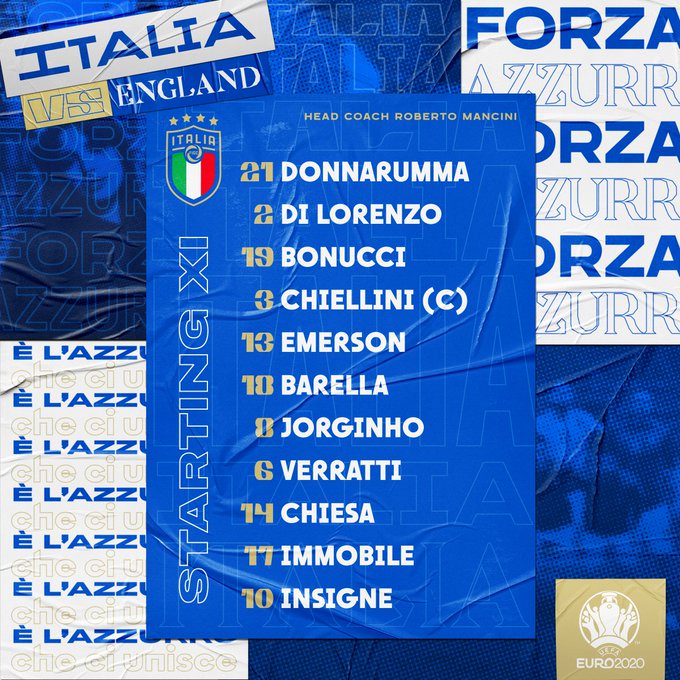 The game is billed for 8:00PM, so were less than an hour away.

Goodluck to both teams!