Champions League and Europa League draws, fixtures and dates have been confirmed.

By IamPRESTIGE (self meida writer) | 26 days

The UEFA Champions League Semi-finals has been set earlier on Tuesday and Wednesday evening, after Chelsea advance to the Semi final on 2-1 aggregate over Porto. They are bound to play Santiago Bernabeu Outfit, Real Madrid in a mouth watering clash, as Hazard and Courtois are welcome back to Stamford Bridge stadium. 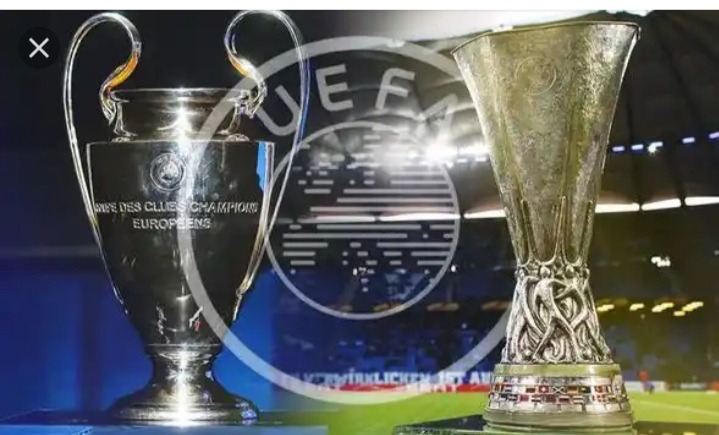 On the other hand, Pep Guardiola and Mauricio Pochettino meet again in the Semi-final of the Champions League. PSG defeated the defending champions of Europe, Bayern Munich on away goal while Manchester City defeated Erling Haaland’s Borussia Dortmund 2-1, in both first leg and second leg of the Quarter final clash. Here is the schedule, fixtures and date on the road to Istanbul for the UEFA Champions League Final. 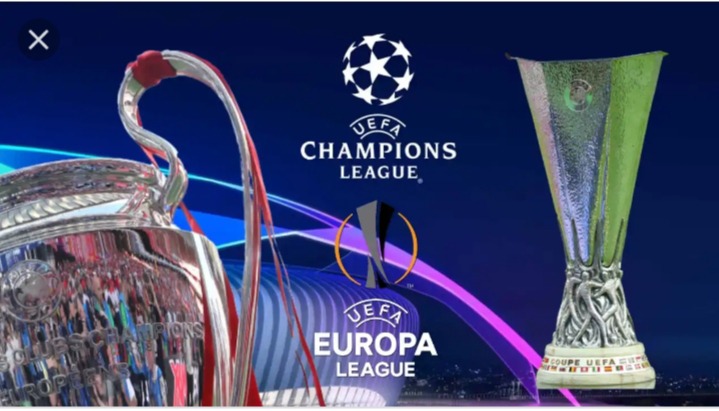 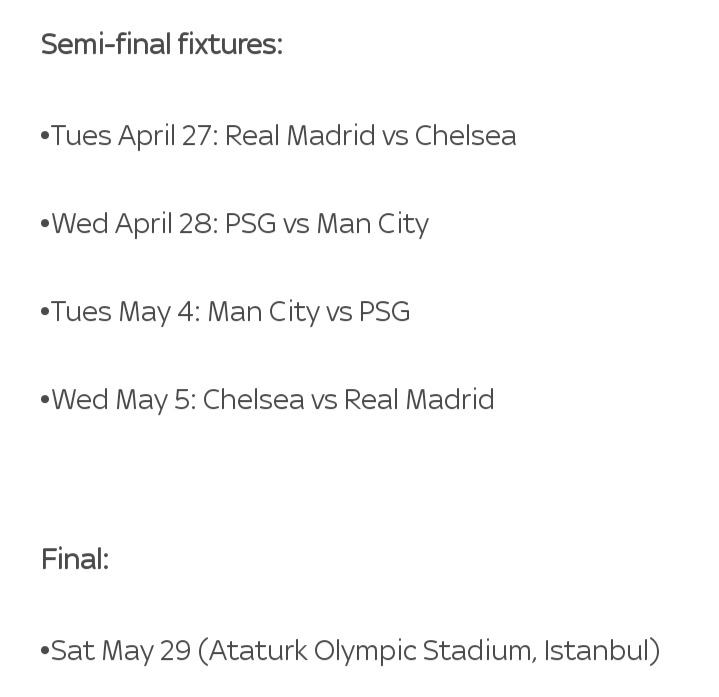 Manchester United, Arsenal, Roma and Villarreal are into the Semi-final of the UEFA Europa League. Arsenal defeated Slavia Prague 5-1 on aggregate, Manchester United defeated Granada 2-0 in both legs of the Quarter final clash, Roma advance on 3-2 aggregate over Ajax, while Villarreal qualify by beating Dinamo Zagreb 3-1 on aggregate. Here is the Semi-final fixtures and date ; 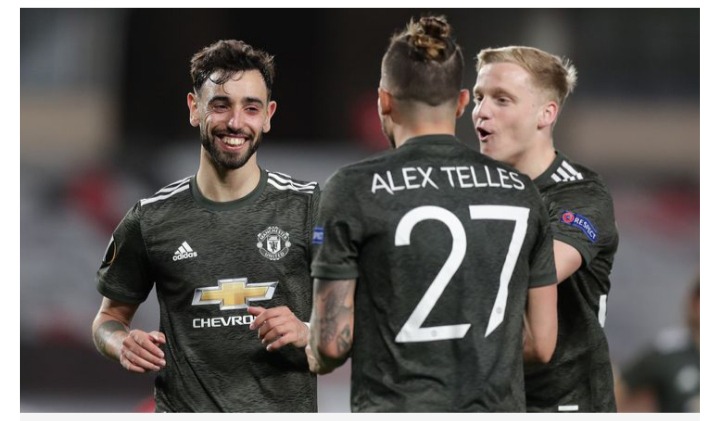 Final: May 26 at Gdansk Arena in Poland.

After Ajax Won The Dutch Title, See Why They Burned And Melted The Trophy