By DailyTrendz (self media writer) | 23 days ago

Antonio Conte is 'NOT interested in taking over at Barcelona or Arsenal,' according to reports, as the out-of-work manager looks for a new project to work on next season.

Antonio Conte is not interested in managing Barcelona or Arsenal, despite reports that both clubs' managers are under fire.

The 52-year-old is currently unemployed, having left Inter after leading them to their first Serie A title in 11 years.

Conte is prohibited from working for another Serie A team until next season as part of the contract termination agreement, and as a result, has attracted rumored attention from abroad. 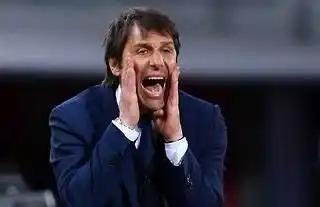 Conte, "according to Sky Sport Italia writer Fabrizio Romano", does not want to take over at a club in the middle of the season and instead wants to take on an exciting opportunity next season.

After Ronald Koeman's poor start to the season, excitement over a new manager at Barcelona is at an all-time high, while Arsenal fans continue to express their displeasure with Mikel Arteta's stay, which has yet to spark.

Conte, who won the Premier League title with Chelsea in his debut season, is said to be interested in neither club.

The Italian has also been linked with a move to Manchester United, and has reportedly indicated an interest in joining the Red Devils if the opportunity arises.

Content created and supplied by: DailyTrendz (via Opera News )