Manchester United is one of the greatest football clubs in the Premier League today.

Based on records, Manchester United is the club that has won the Premier League the most.

Thus, this means that regardless of the current state of the club, it still remains one of the best.

Out of all the players produced, we have the likes of Ronaldo, Rooney, Giggs, and even the current coach, Ole Gunnar Solskjaer, and several other football players.

With the current squad, Manchester United has been doing well in the league and it is still striving to be among the top 4.

However, one of the players in the team has joined the all time top goalscorers in the league today.

With his great performance, Martial has leveled up to be among the top goalscorers for Manchester United in the Premier League.

Thus, we have the list of the top goalscorers for Manchester United in the Premier League today:

Wayne Rooney remains the highest goalscorer who has ever played for Manchester United.

However, Martial has made it to the top 10. 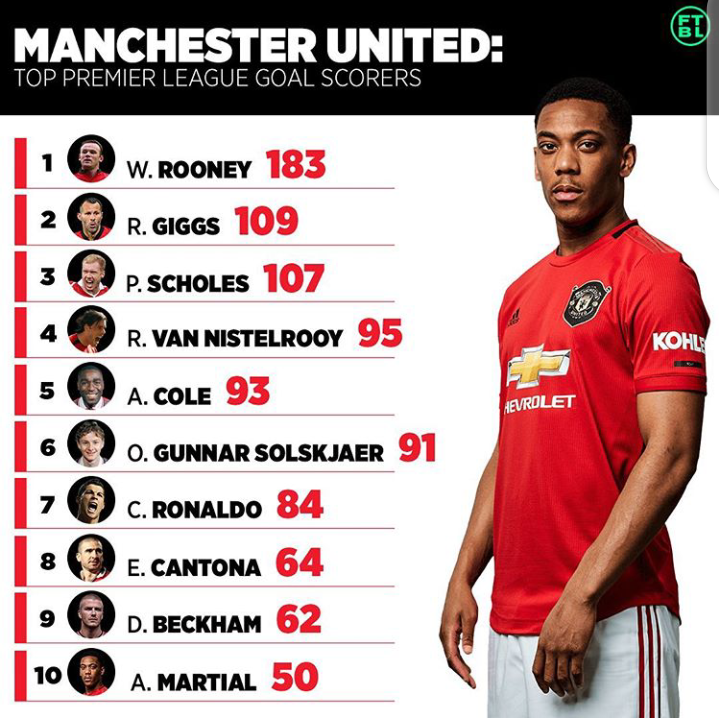