Check Out What Sergio Ramos Said On Joining PSG Until 2023

By SportSire (self media writer) | 10 months ago

Apparently, Paris Saint-Germain are preparing vigorously ahead of the 2021-2022 season, as they keep adding brilliant and talented players to their squad. And, they have been predicted to be unstoppable in Europe's top-5 leagues next season. 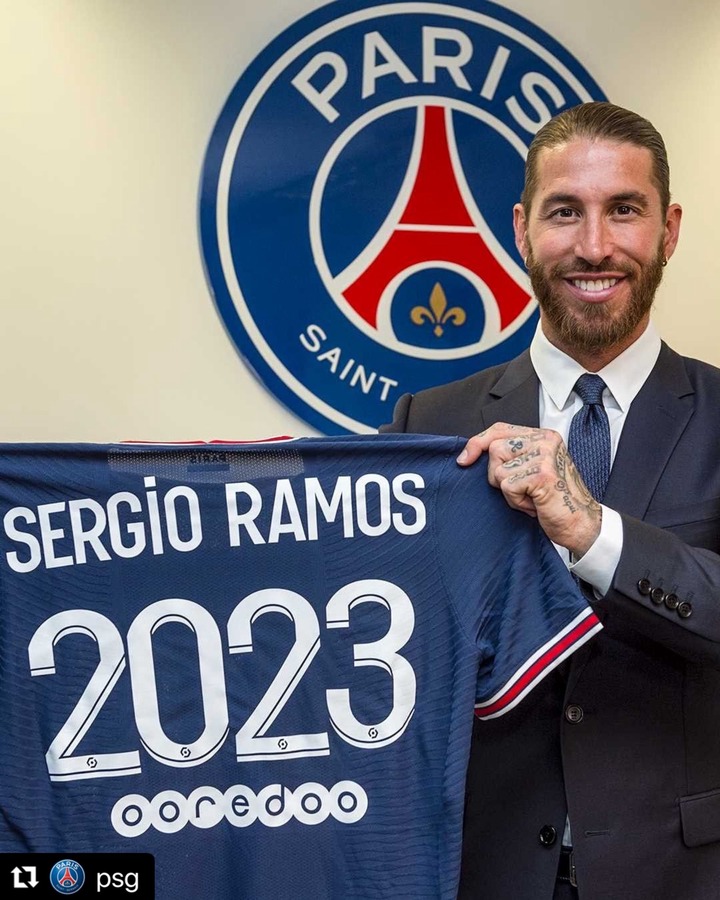 Officially, Sergio Ramos has signed a 2-year contract with the Mauricio Pochettino's side, which will make him stay with the Ligue 1 side until June 2023. Meanwhile, the Spaniard has given his utterance on why he chose to join PSG, instead of Chelsea, Manchester United, Roma or Manchester City.

"I want to continue to grow and improve at Paris, and help them to win as many trophies as possible" 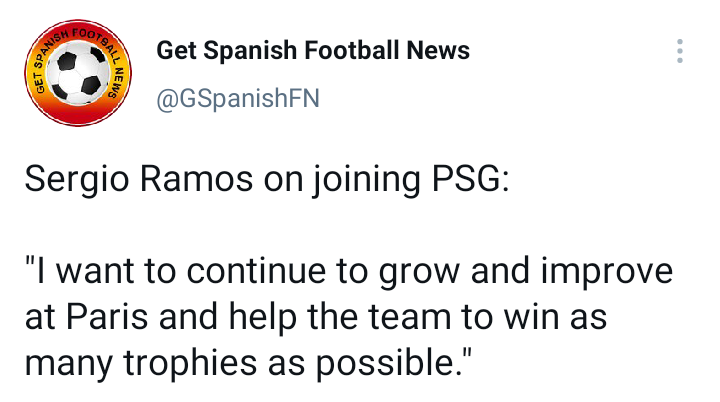 Without a doubt, the 35-year-old defender has all the abilities and capabilities, to comfortably help PSG lift many trophies, especially the Champions League, Super Cup and Club World Cup. The club has already signed Achraf Hakimi, Gianluigi Donnarumma and Gini Wijnaldum. Definitely, they have enough reinforcements to face any top teams in Europe. 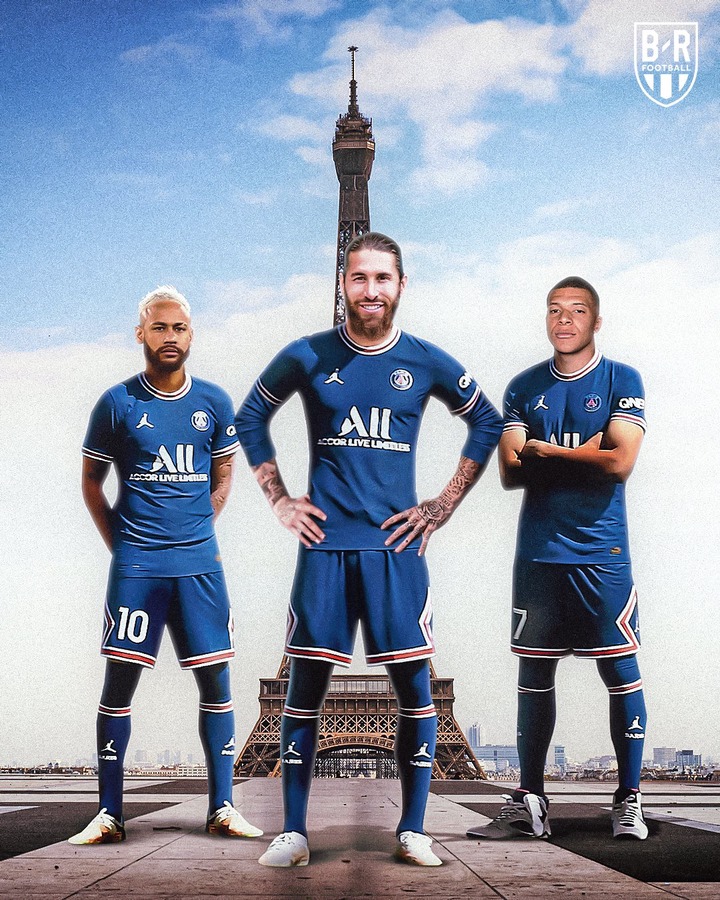 Sergio Ramos is indeed a legendary centre-back, who's able to bring balance and composure to Pochettino's defense setup. And, the Argentine manager could depend on him, based on his performance and experience in the world of football. Aside from that, the likes of Kylian Mbappe, Neymar Jr and Marco Verratti will be helpful as well.

Paris Saint-Germain are very thirty for the Champions League, having seen their display in the 2019/2020 and 2020/2021 campaign. Nevertheless, the Real Madrid man could help the club win many titles, as he claimed. 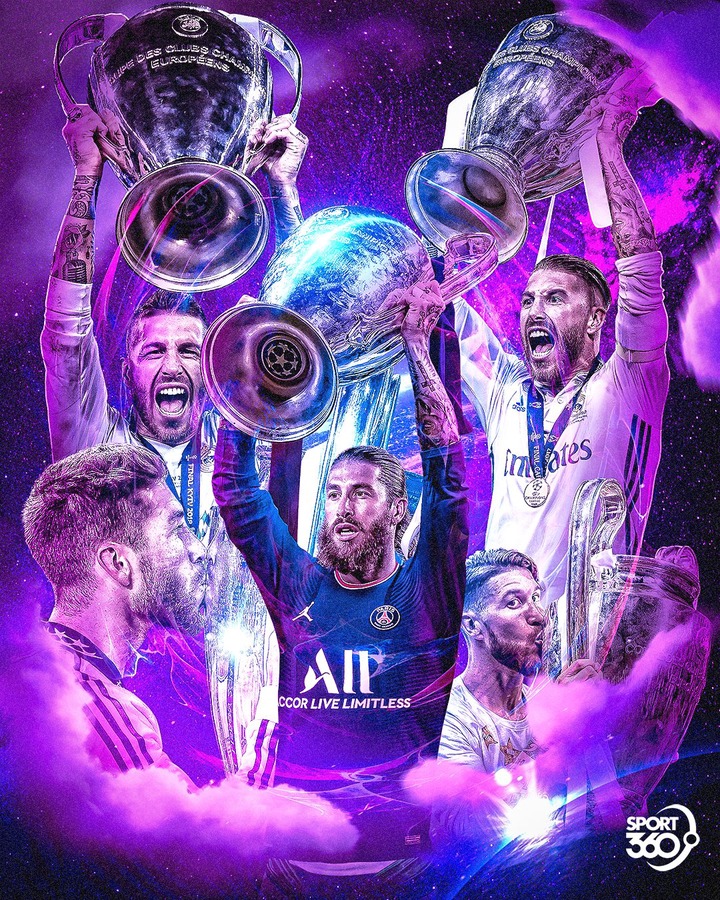 Literally, the coach should lineup formation 3-4-3 next season, if he really wants to win any cup in Europe. As a result of that, Sergio Ramos, Marquinhos and Presnel Kimpembe would play as three-men at the back.

Can PSG win any trophy with Sergio Ramos?