Finishing another Season without a major Trophy will surely divide Man United Board in making decisions that will affect every facet of the Team which could easily hit the Manager, Ole Gunnar Solskjaer

After joining United from Juventus, Cristiano Ronaldo's pedigree really commanded respect for him especially with his kind of profile after touring Europe. He remains a big wig at Man United and many responsibilities hang around him. 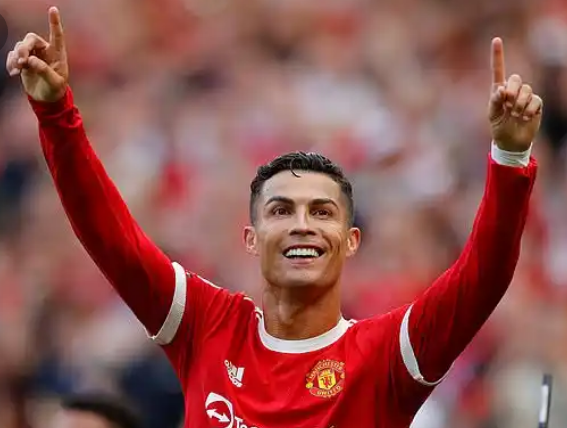 As a Leader, Ronaldo deserve loads of Team decision making within the team during actions but should also handle his playing time selections with the coach as helping read games from the sidelines should as well be part of his job at Old Trafford. With Ronaldo's presence, Edinson Cavani has technically lost the touch of scoring goals. Anthony Martial is no better as he's currently a shadow of himself. 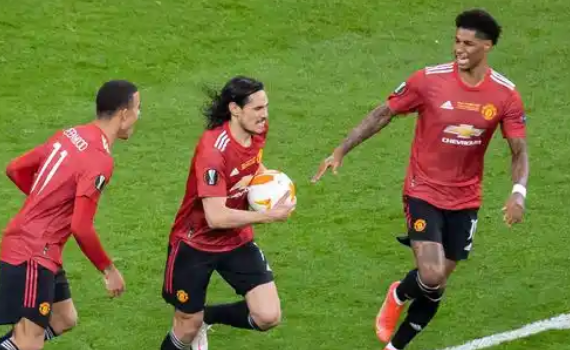 Marcus Rashford is still nursing injury but certainly doesn't look like a striker that will start scoring immediately after returning from injury. Only a less experienced Mason Greenwood is close to receiving praises but he's not even known to be a starter yet in United's squad. 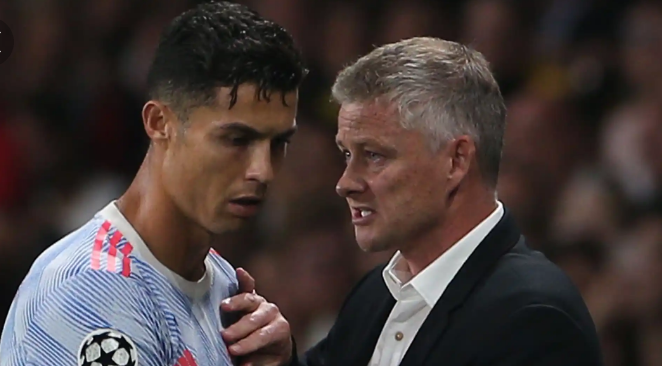 Ole Gunnar Solskjaer is truly on the wheel but not really driving. United approach to games technically has been weak this season but the Team's effort and struggles in getting results has been very obvious that United need a traditional number 9 that will be making the right statements, week in and out for United rather than rely on only Old Ronaldo who carries most of the Team's responsibilities. 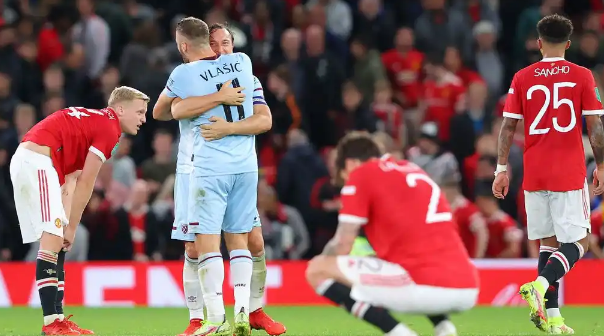 The absence of Ronaldo on the field triggered United's exit from the Carabao cup competition after losing 1-0 to West Ham United. Ronaldo's last minute goal against Villarreal in the Champions League also indicated that without him in some games, nothing meaningful can be done. In a short while, other Strikers will start seeing him as a 'bail out' in tough games as they lost touch and drives for results gradually. 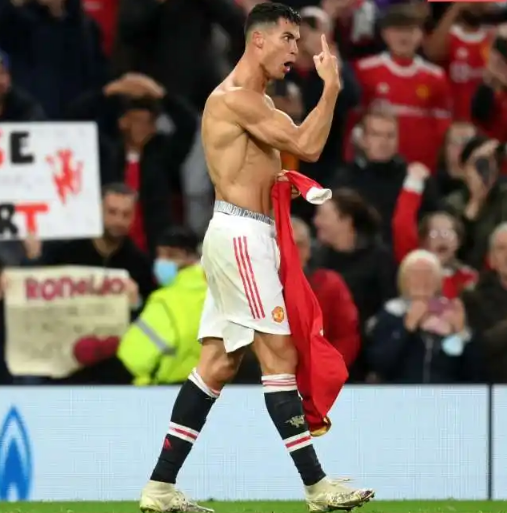 No doubt, there are certain games Ronaldo should start from the bench but because the coach doesn't have any plan B or C about Matches for now, the 5 time Balon d'Or Award Winner will start and spare head the attack when he was supposed to study first from the bench. No matter how important he is to United, injury doesn't respect any Player, any time he goes down with injury, United will suffer for it because other sharp shooters in the Team are currently sitting and watching him do most jobs that they could have easily handled thereby making them match rusty. A Midfielder, Bruno Fernandes is the leading goal scorer for United after playing 4 games in the season, followed by Ronaldo and a younger Mason Greenwood. This is not promising for United in a very competitive season. 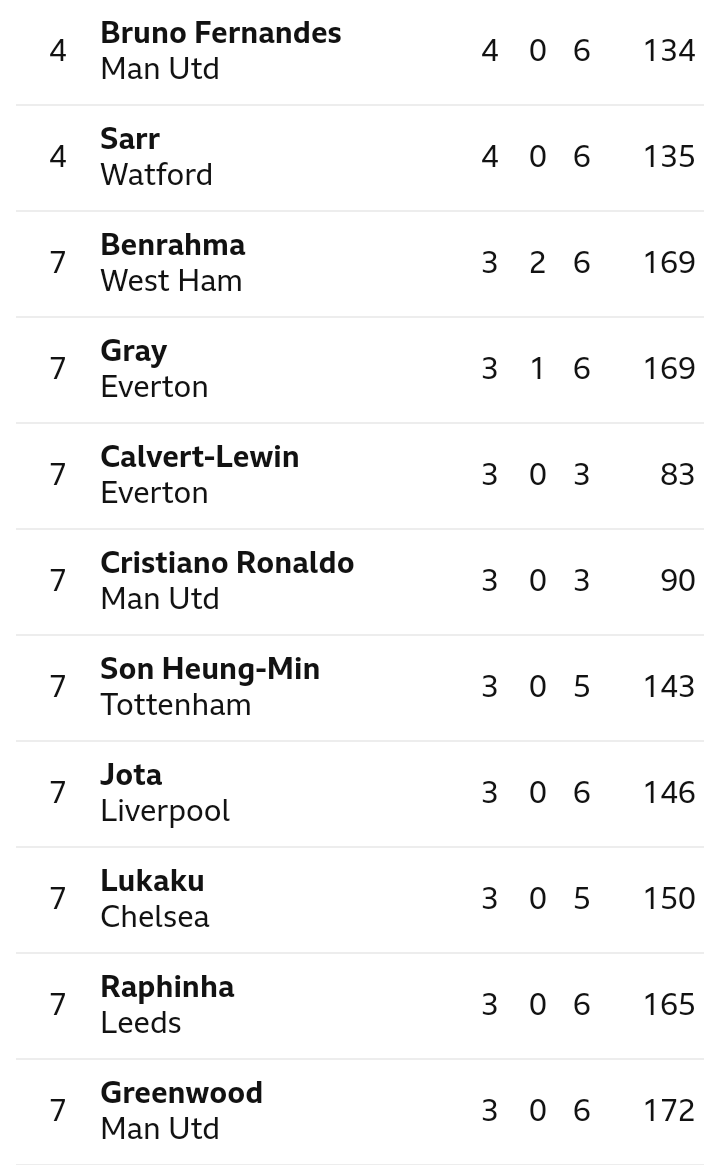 United are gradually turning to the old Barcelona that are now suffering Messi's exit after building and relying on him for years. The Premier League and the Champions League are different from La Liga and United must watch the sharpness of all their forwards or Attackers rather than build the whole team on Ronaldo alone. The Team is looking weak going into United's next game with Everton but could correct things before it runs late. 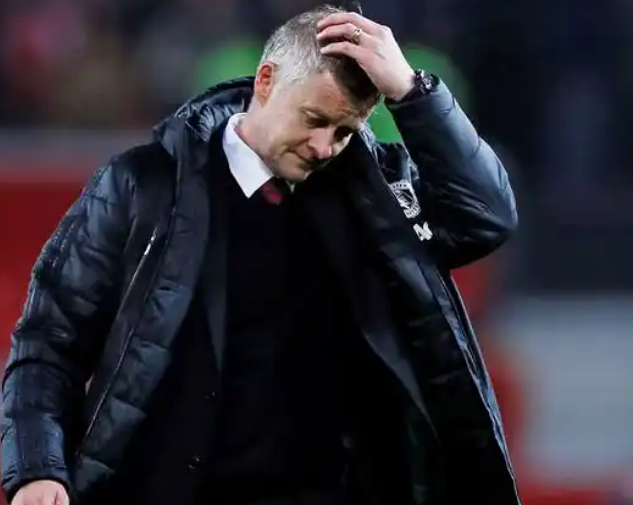 In conclusion, Ronaldo is in his late 30s, United's coach must plan on a younger Player like Mason Greenwood rather than a player that will soon go old and out of the Club in time. Ole Gunnar Solskjaer must put his thinking cap on, protect his job and stop planning on Ronaldo alone.

Do you think United's Coach is capable of blending Others in the team with Ronaldo to ease him of huge responsibilities? Follow for Football stories.