Southampton drew 2:2 against Burnley in the English Premier League today.

Two Chelsea Academy graduates, Tino Livramento and Armando Broja got on the scoresheet for the host today.

The visitors took the lead in the 13th minutes through Cornet after he was assisted by Lowton.

In the 41st minutes, Tino Livramento leveled the scores for the host with an header into the back of the net, as the game ended 1:1 at halftime. 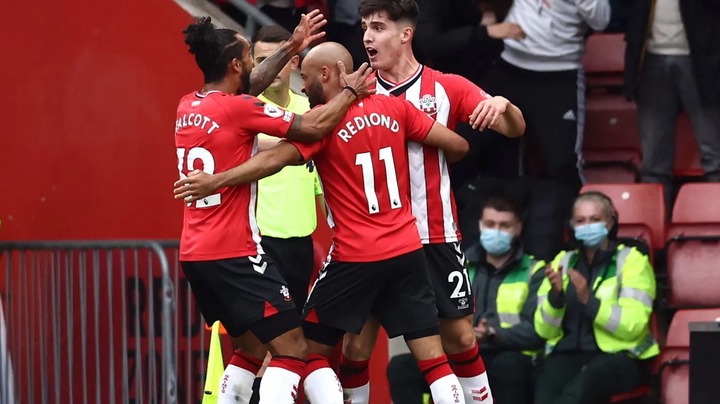 In the second half, Armando Broja put Southampton ahead in the 50th minutes and few minutes later, Cornet equalized for Bielsa's side after receiving the ball from Westwood. 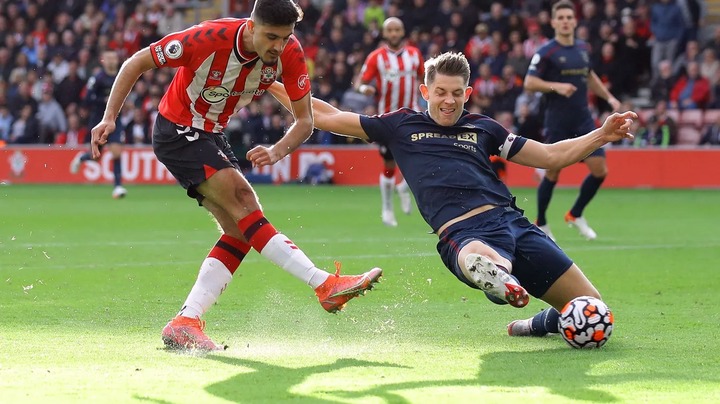 Armando Broja was loaned to Southampton from Chelsea in the summer transfer window. Broja scored the second goal for the host against Burnley. He has now scored in back-to-back games for Rasenhuttl's side in the Premier League.

Valentino Livramento scored the first goal for Southampton to make up for his mistake in the early minutes of the game which resulted to Maxwel Cornet's first goal for the visitors.

Livramento's goal against Burnley was his first English Premier League goal for Southampton.

The teenager arrived with no first team experience in August, but he has made some of sort of impact for Southampton so far in the back