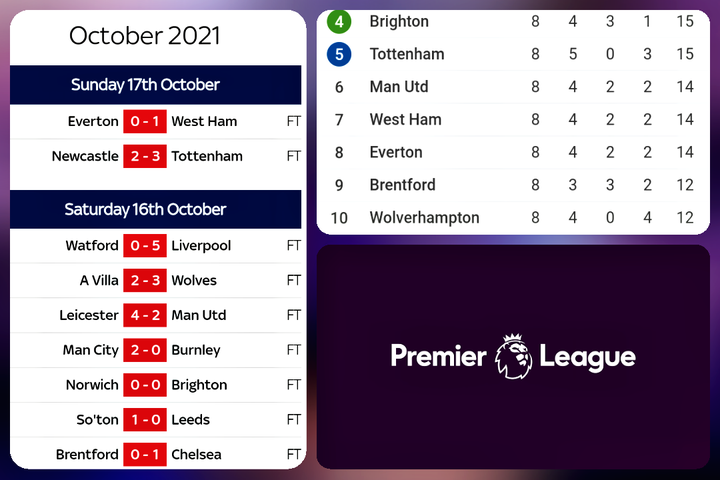 The Premier League Match Day 8 was exciting, with many talking points and quality results.

Here are the results of the games that went down in the EPL over the weekend. 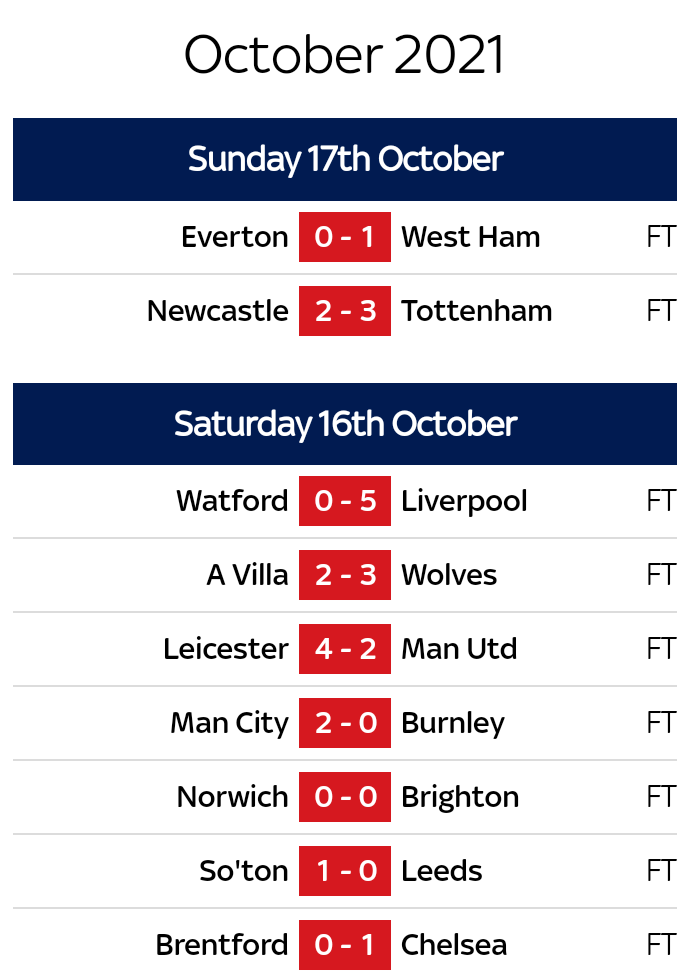 The match had been entertaining for the most part, but it really came alive in the closing moments when Caglar Soyuncu, Jamie Vardy, and Patson Daka scored for Leicester, while Marcus Rashford also scored on his long-awaited return to play.

Manchester City 2-0 Burnley: Manchester City defeated Burnley 2-0 at the Etihad Stadium, with goals from Bernardo Silva and Kevin de Bruyne in each half.

Aston Villa 2-3 Wolves: Wolves beat Aston Villa 3-2 in a tense West Midlands derby at Villa Park on Saturday, thanks to a deflected free-kick from Ruben Neves in the 95th minute.

Brentford 0-1 Chelsea: Chelsea beat Brentford 1-0 in the first league encounter between the two sides since 1947, thanks to a goal from Ben Chilwell in the first half.

By any measure of the imagination, it wasn't a classic on Merseyside, as both teams battled to create clear-cut chances. West Ham, on the other hand, always seemed to have a little more in the tank, and they were rewarded for their bravery when Ogbonna rose highest to glance home Jarrod Bowen's brilliant cross from a corner-kick. 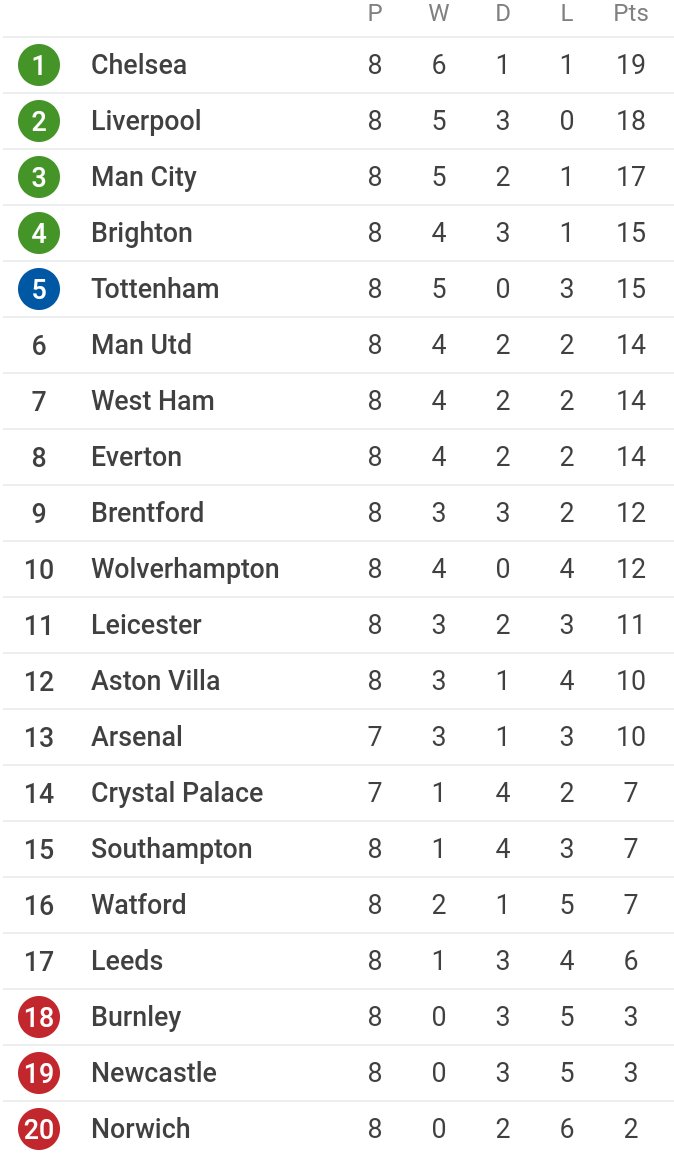