By Josehub (self media writer) | 3 months ago

The English top-flight football continues today as Manchester City will be traveling to the Anfield Stadium on the 3rd of October 2021 for an English Premier League clash against Jorgen Klopp's Liverpool. Pep Guardiola's squad will be hoping to continue their winning streak against Liverpool who drew 3:3 last weekend. Tottenham Hotspur who has been finding things difficult since the international break was over, will be looking forward to returning to the winning way after defeating their opponent in the UEL on Thursday. This article consists of fixtures, kick-off time, table positions, and matches predictions ahead of the EPL games today. 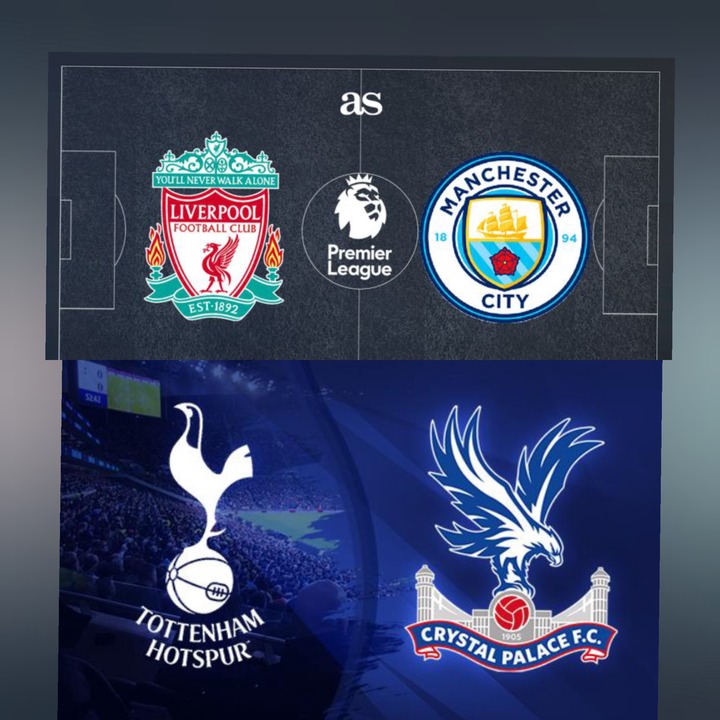 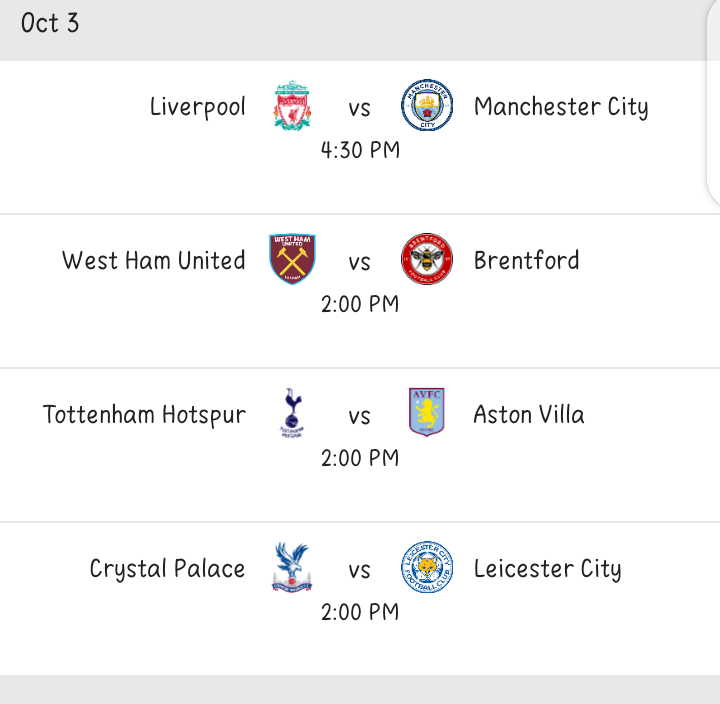 Leicester City who has been unable to register a single win in their previous five games will be looking forward to upset Crystal Palace today. Iheanacho's squad lost their last game in the UEL and have not been able to get hold of three points in the EPL in their last two matches.

The game Predictions: Leicester City is the favorite team to win the match. 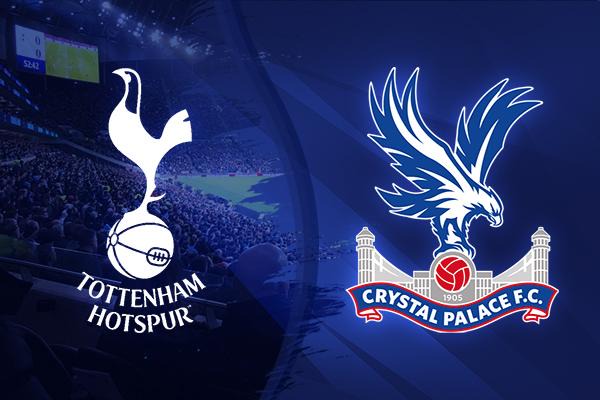 Harry Kane's Tottenham Hotspur who lost their last three games 3:0, conceding nine goals in three matches will be looking forward to bouncing back after their 5:1 victory in the UEL on Thursday.

The game Predictions: Tottenham Hotspur is the favorite team to win the match today.

The game Predictions: West Ham United is the favorite team to win the match today. 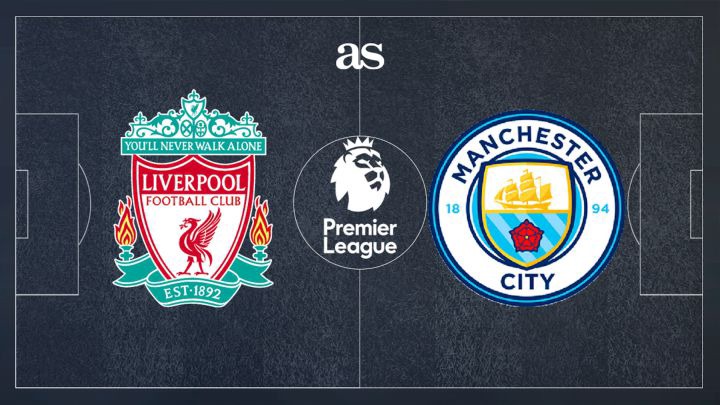 The reds welcome the English Premier League defending Champions today at the Anfield Stadium. Jorgen Klopp's Liverpool will be looking forward to bouncing back after their frustrating draw last weekend against Brentford.

The game Predictions: Liverpool is the favorite team to win the match today.

Chelsea still stands firm on top of the EPL table with 16 points while Liverpool, Manchester United, and Everton are in the 2nd, 3rd, and 4th positions respectively. The EPL table is expected to change after today's matches have been played.

See the full EPL table below. 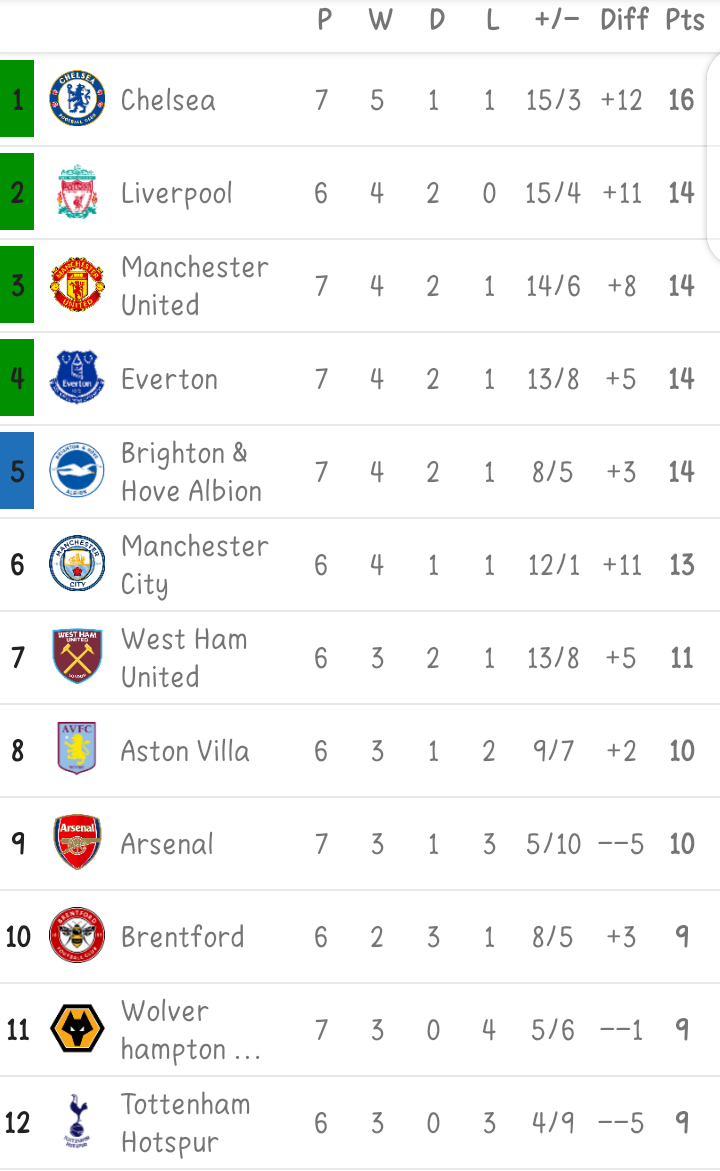 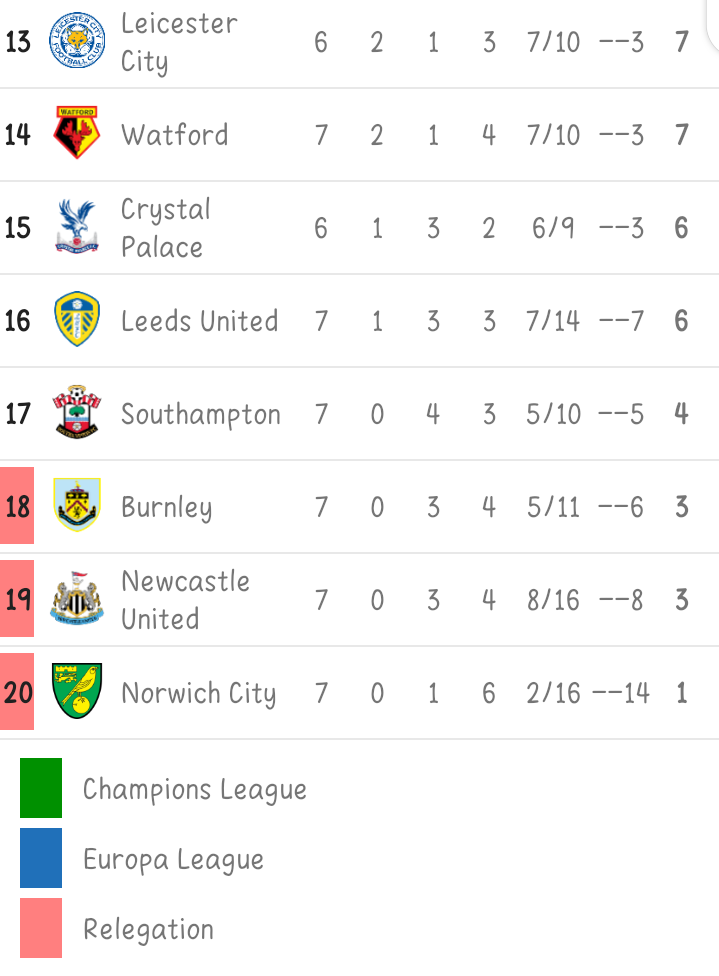