By FoodPredator (self media writer) | 9 days ago 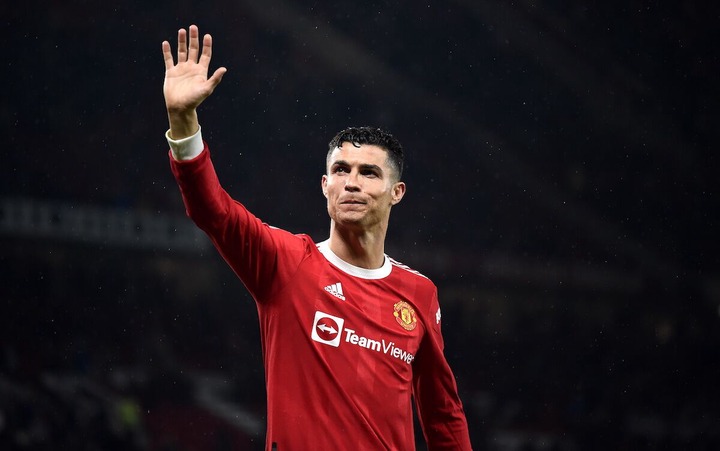 The President of Brazilian club -Corinthians, Duilio Monteiro Alves has offered 37-year-old Portuguese striker, Cristiano Ronaldo an escape route from English Premier League giants, Manchester United. "It is true I want to sign Cristiano Ronaldo. I have big dreams. This is Corinthians! We have got Willian! We have got Renato Augusto!", Duilio Monteiro Alves told Ulissescast. 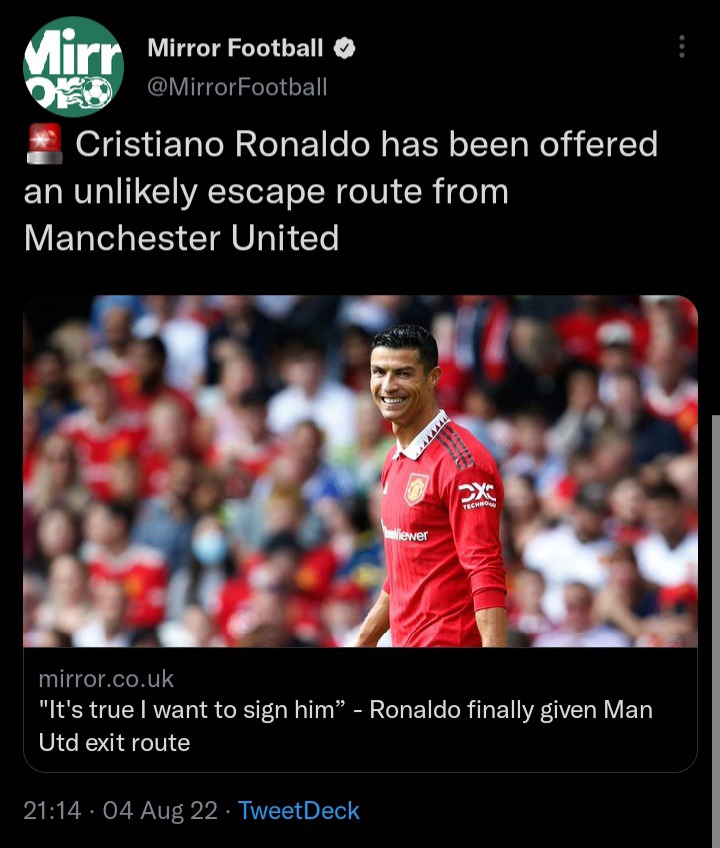 Cristiano Ronaldo has reportedly demanded to leave Manchester United this summer, following the club's failure to qualify for next season's UEFA Champions League. 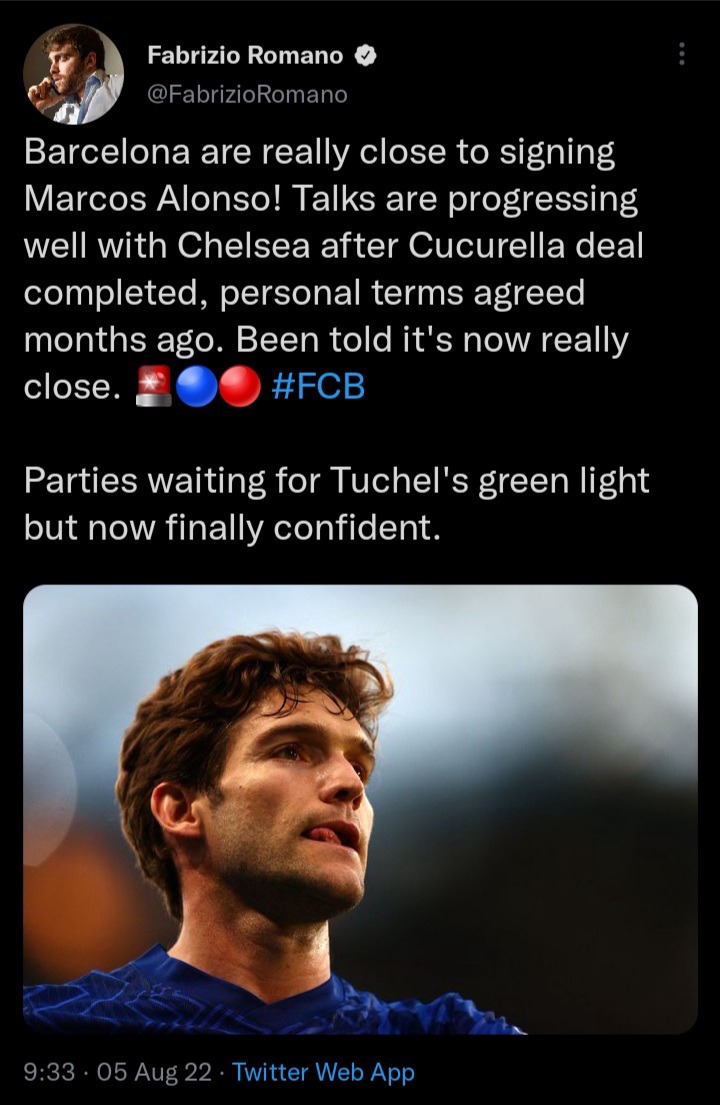 Fabrizio Romano reports that the imminent arrival of Marc Cucurella from Brighton and Hove Albion, propelled Chelsea to begin talks with Barcelona for Marcos Alonso, who have since agreed personal terms with the player. 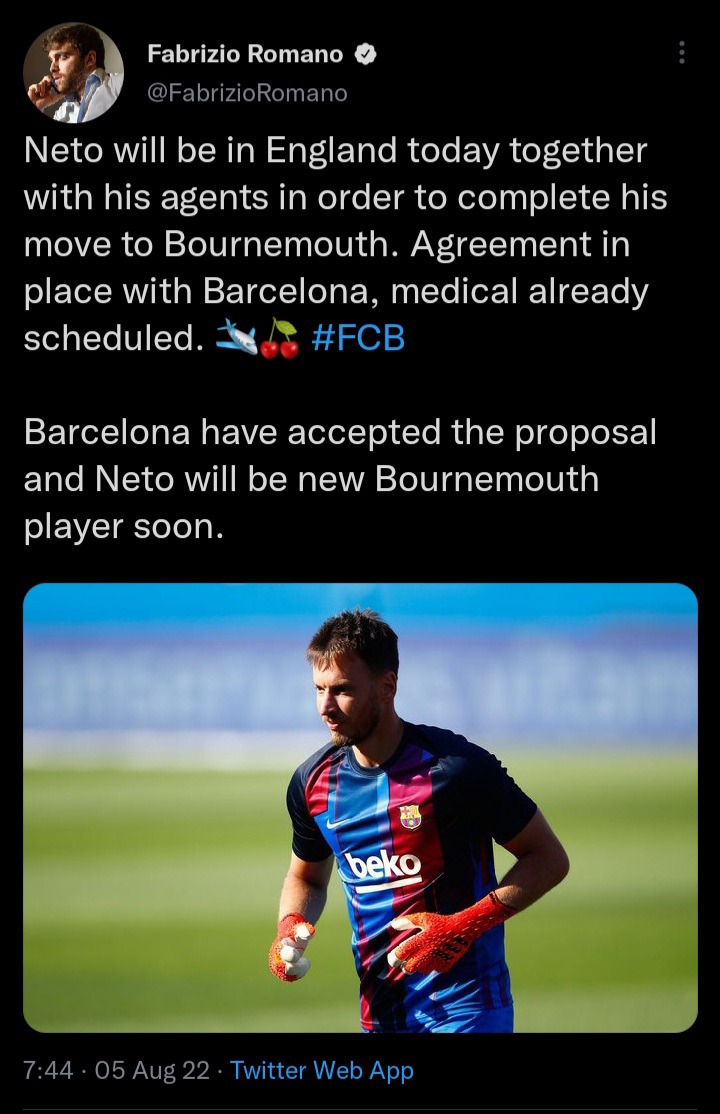 Both clubs have already reached an agreement for the Brazilian goalkeeper, who will soon undergo his medical tests and sign his contract as a new Bournemouth player.

According to Fabrizio Romano, Brighton and Hove Albion are set to complete the signing of 19-year-old English centre-back, Levi Colwill on a one-year loan deal from fellow English Premier League side, Chelsea. 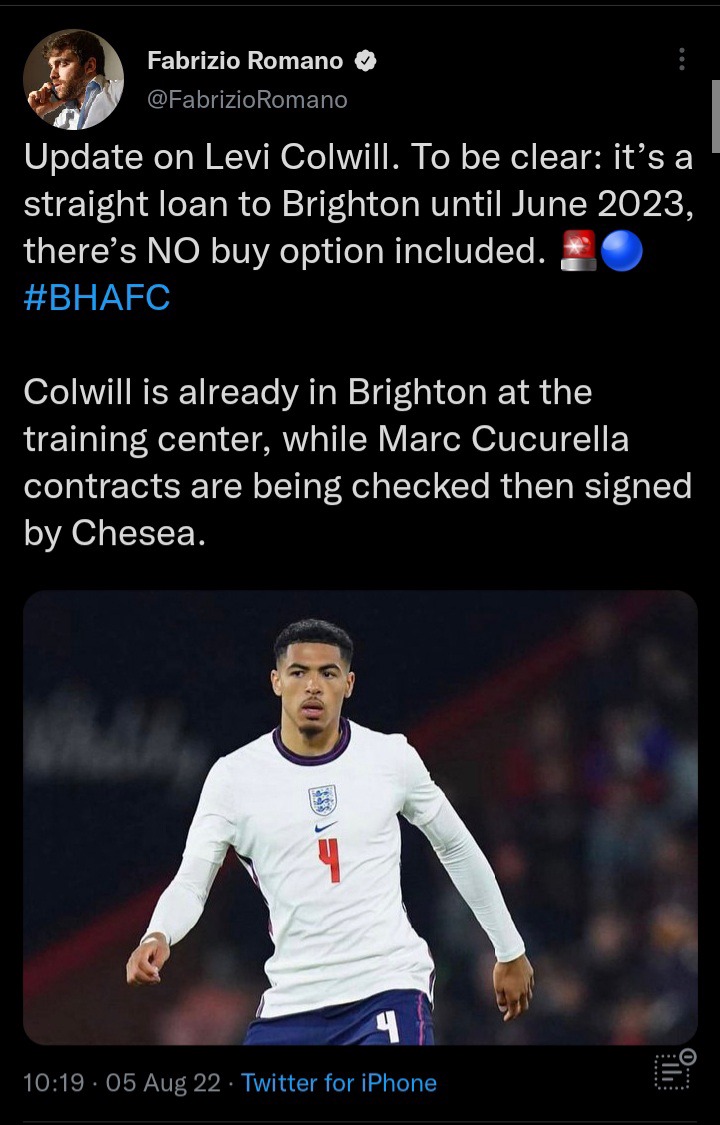