Manchester United are in advanced talks with Paul Pogba about a new five-year deal, claims The Sun.

Pogba has entered the final 12 months of his existing United contract but the Red Devils have an option to extend his stay by another year.

United were drawing up their summer transfer plans in January for life without Pogba next season but the 2018 World Cup winner has had a change of heart.

Pogba has returned from injury in great form and with a new attitude, spurred on by United's resurgence since the start of the year.

The France international is back to enjoying his football thanks to the vibrant style of play Solskjaer has forged following Bruno Fernandes' arrival in January.

Pogba is ready to put questions about his United future, at least in the next year or so, to bed by penning a new long-term contract with his boyhood club.

United are even confident of getting a deal over the line for the 27-year-old and announcing it at the end of the season.

Real Madrid and Juventus have been heavily linked with a move to sign Pogba in the last few years but the Coronavirus pandemic has forced both clubs to re-think their transfer plans. 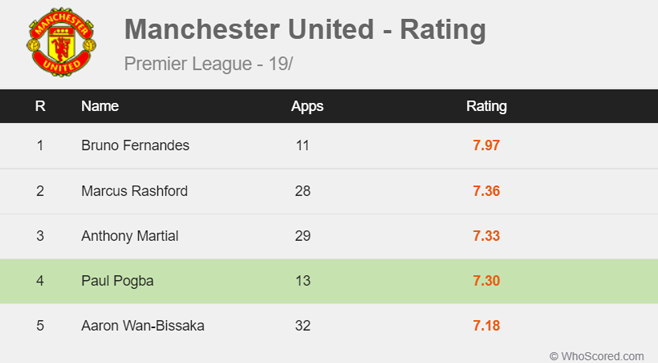 With Pogba's exit strategy off the table, the dynamic midfielder has instead knuckled down to rediscover his best form for United.

Aside from an error directly leading to a Southampton goal on Monday, Pogba has returned from a long-term ankle injury in good form and has already linked up well with Fernandes.

Pogba has played a direct hand in four goals in 13 Premier League appearances for United this season (one goal, three assists) after missing almost all of the first six months of the campaign through injury.