By Gwin4real (self media writer) | 1 day ago

Portugal and Manchester United iconic attacker, Cristiano Ronaldo has taken Social Media to flaunt two of his latest award after returning to Manchester. 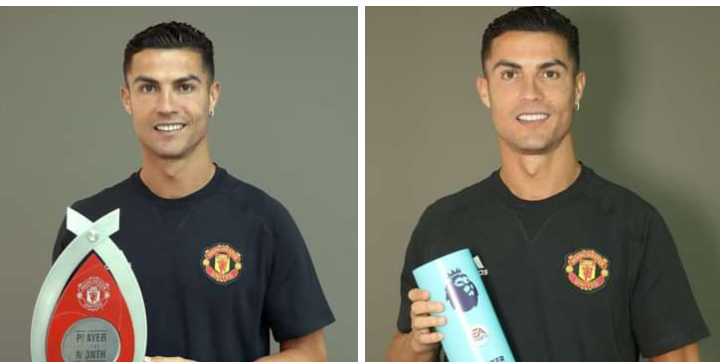 Cristiano Ronaldo has collected his Manchester United Player of the Month award for September as well as his Premier League Player for the month of September award, following his return from international duty. 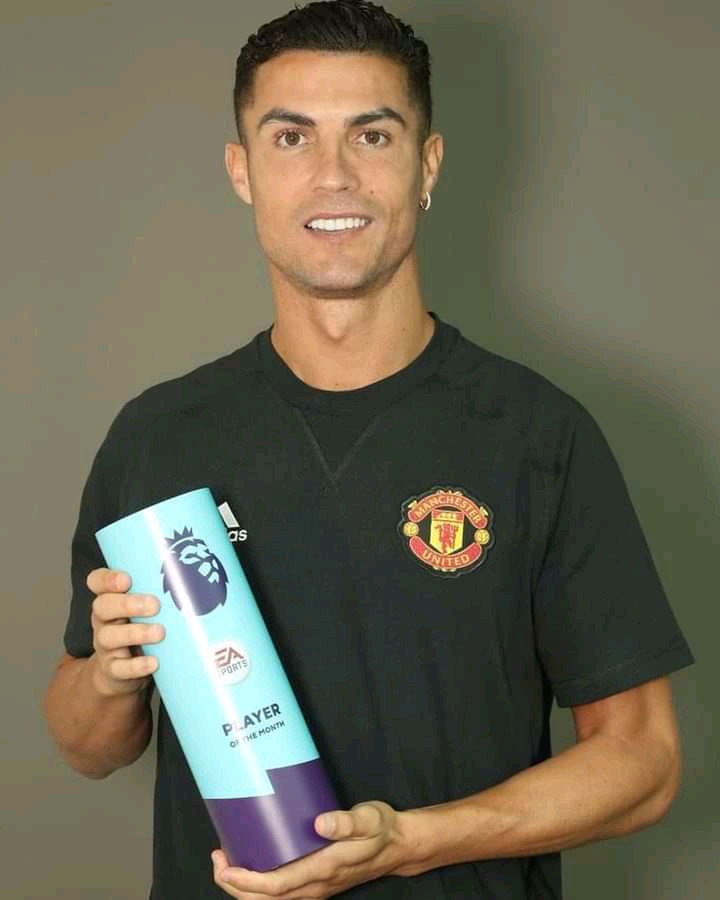 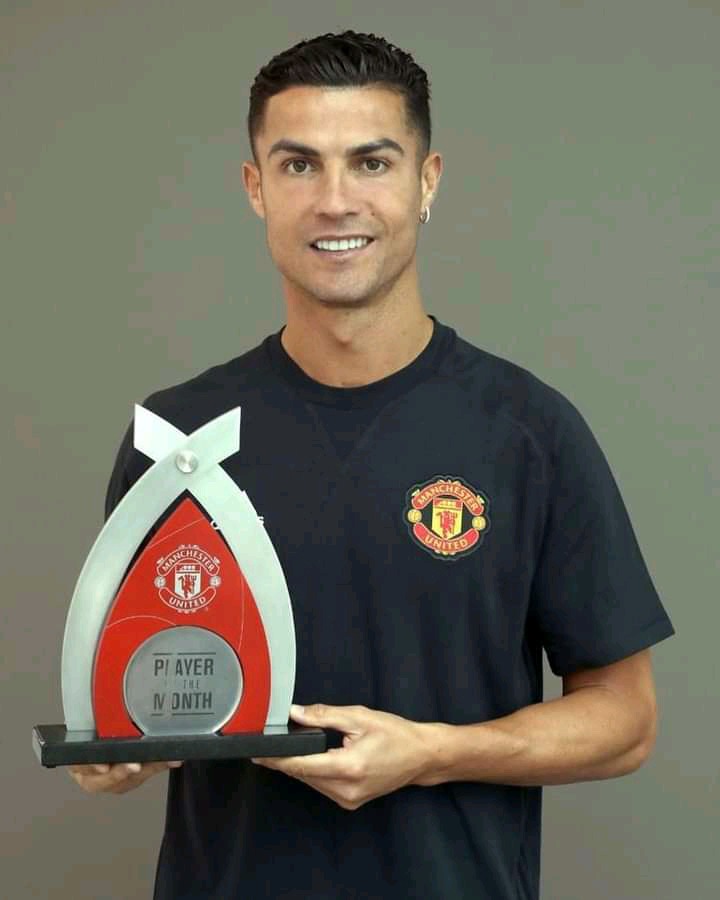 The Portuguese National team captain has sent message to his fans, thanking them for voting for him.

Cristiano Ronaldo posted on Facebook "Thank you all the fans for voting for me for the players of the month thank you guys!" alongside picture of himself with both the Manchester United player of the month and The Premier League player award for the month of September. 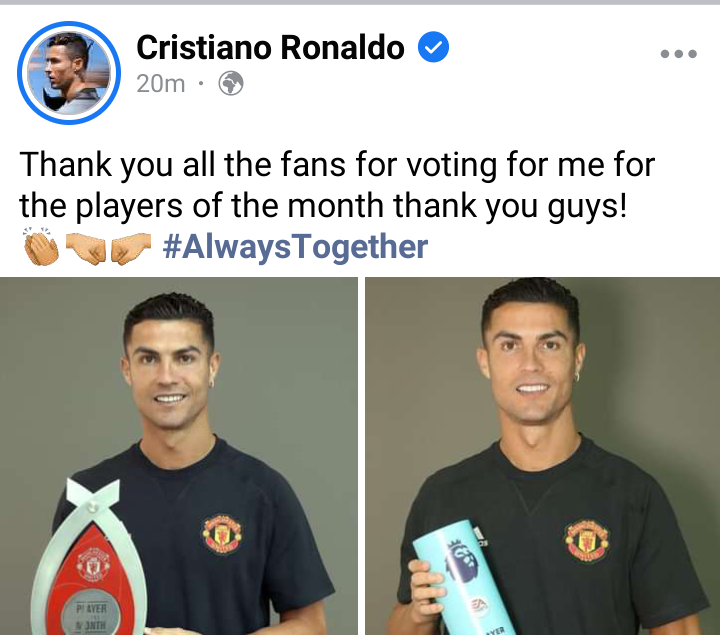 Football fans have started reacting after Cristiano Ronaldo flaunts two awards online after returning to Manchester as some fans have called him the GOAT, while some fans have congratulated him.

Here are some screenshots of reactions from fans. 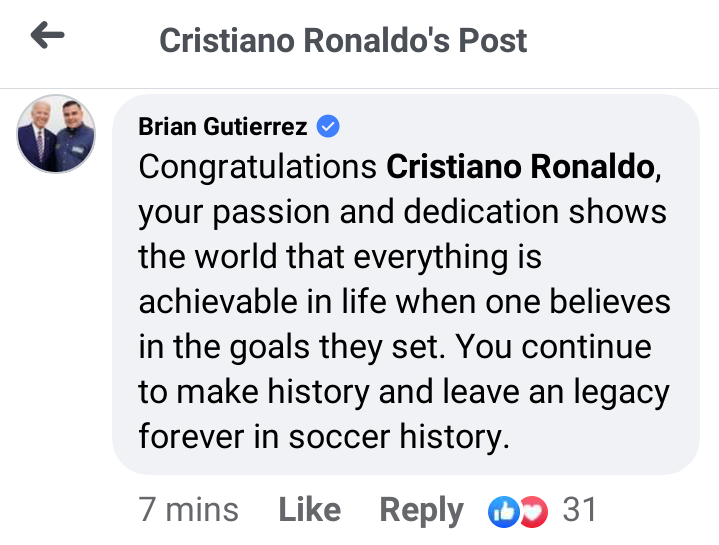 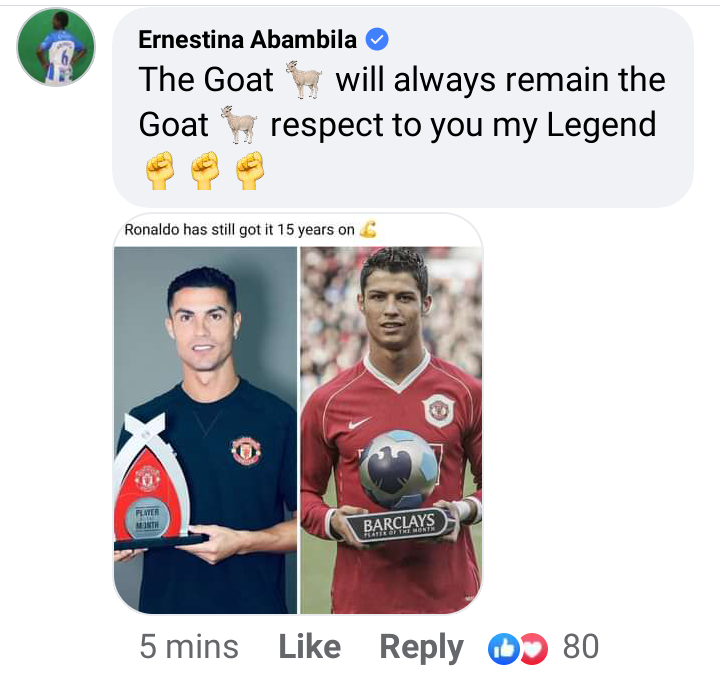 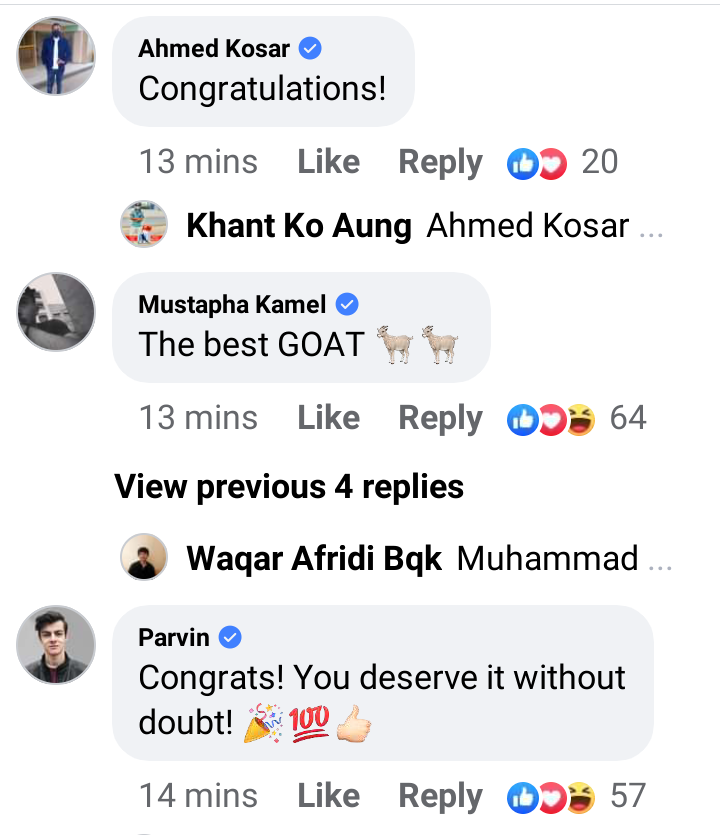