By SportsBible (self media writer) | 29 days ago

Thanks to an early second-half goal by Gabriel Jesus, the Premier League clash between Chelsea and Manchester City ended 1-0 in favour of the Citizens. That scoreline however did not tell the whole story as Pep Guardiola's side dominated the match completely. 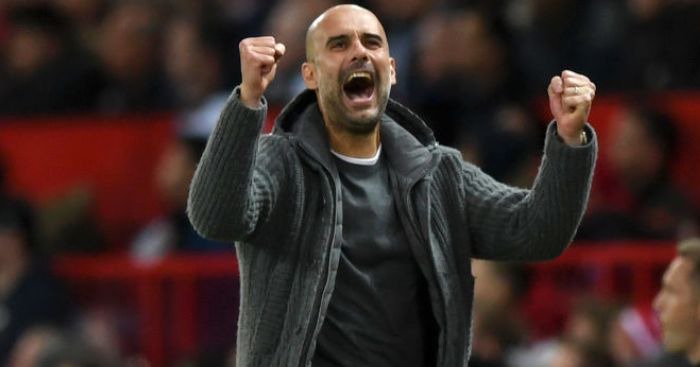 Some have suggested the Blues purposely allowed the Citizens to have the ball so they could hit them with a quick counter-attack. However, I don't think that was the case as Thomas Tuchel played a 3-man midfield which suggested he wanted to have control of the midfield.

Having said that, I will go on to explain why Chelsea found it difficult to get out of their half for most of the game, especially before Manchester City scored.

Meanwhile, Guardiola started with a 4-3-3 formation in anticipation that Tuchel would use the 3-4-2-1 formation. In that formation, Kevin de Bruyne and Bernardo Silva were the left and right midfielders respectively. They were supposed to deal with the Chelsea wing-backs while Kyle Walker and Joao Cancelo handles the Chelsea wingers, normally Kai Havertz and Mason Mount. 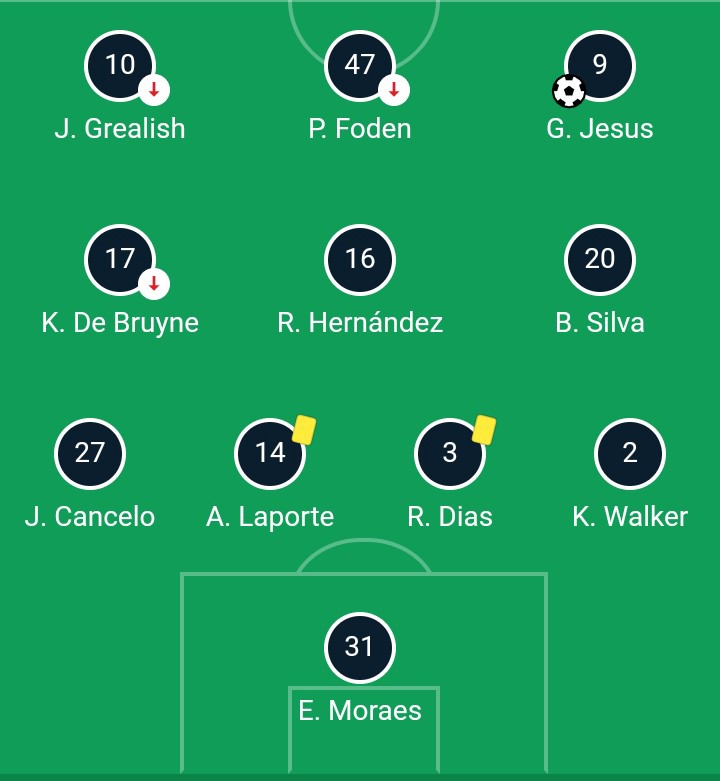 However, Guardiola quickly switched to a 4-2-3-1 formation as soon as the match started and he saw that Chelsea had a different formation. Perhaps it was planned, I think they prepared for both Chelsea formations. Instead of having De Bruyne and Silva out wide, he played the Portuguese International in the middle alongside Rodri and the Belgian behind his striker who was Phil Foden. 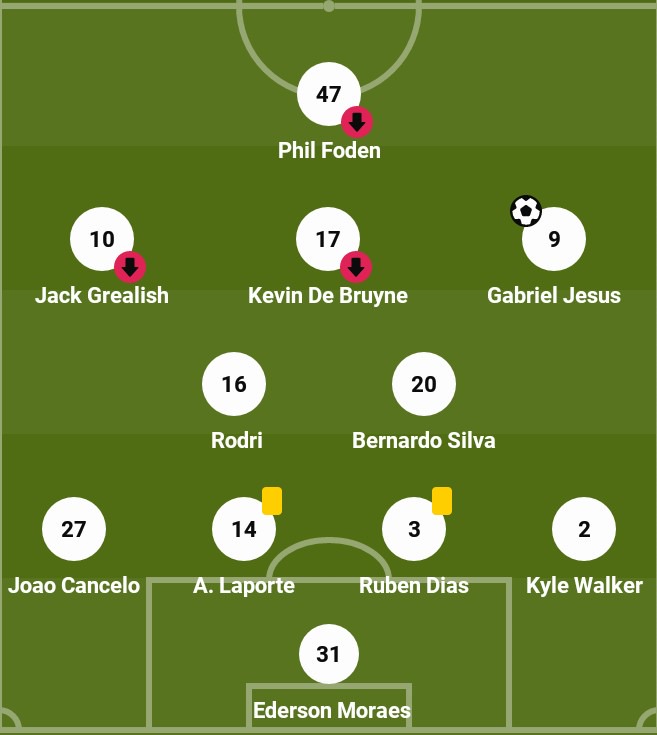 The effect was that Werner and Lukaku had 4 players marking them. The 2 center backs were behind them while Bernardo Silva and Rodri were in front of them. Chelsea prefers to pass the ball out from the back, but with City pressing them so high, they were forced to kick out the ball which returns to City almost immediately because the Chelsea strikers were overcrowded.

On the other hand, on the few occasions that the Chelsea defenders beat City's press, their passes didn't get to either of the 2 strikers because of the 2 midfielders that are standing in front of them.

That little tactical change by Guardiola combined with City's high press was what won them the match.