By Good_News (self media writer) | 2 years ago Dakota Kai ambushed Io Shirai for the second time in three weeks, this time to kick off NXT while Shirai was making her entrance, and the scene quickly devolved into disarray with the other two competitors joining them for a melee before the action officially started. Kai and Candice LeRae worked well together early on, isolating Tegan Nox until Shirai lit up the ring and her opponents with her athleticism. The Captain of Team Kick responded by deftly spoiling a potential moonsault attempt. Kai forcibly tagged in LeRae, largely leaving The Poison Pixie to fend for herself, which ended with a pinfall loss after Shirai's moonsault. Johnny Gargano and Roderick Strong, two of NXT's proudest and most skilled Superstars, tactfully battled for bragging rights after coming up short in last week's Triple Threat Match won by Bronson Reed. The technical wrestling clinic featured both men demonstrating the depths of their repertoires, with Strong avoiding dire straits by rolling out of the Gargano Escape. He had no answer for Gargano's increased intensity on the outside, though, as Johnny Wrestling repeatedly smashed Strong into the ring post and plexiglass before planting him with the One Final Beat DDT for the victory. If one match is any indication, Mercedes Martinez's decision to sign with The Robert Stone Brand appears to be a smart one. Martinez impressed against Shotzi Blackheart, slamming her with an innovative, modified Air Raid Crash for the win, much to the delight of Stone and Aliyah. 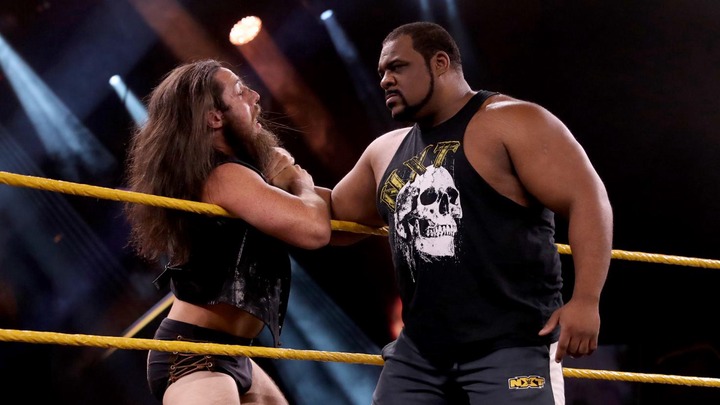 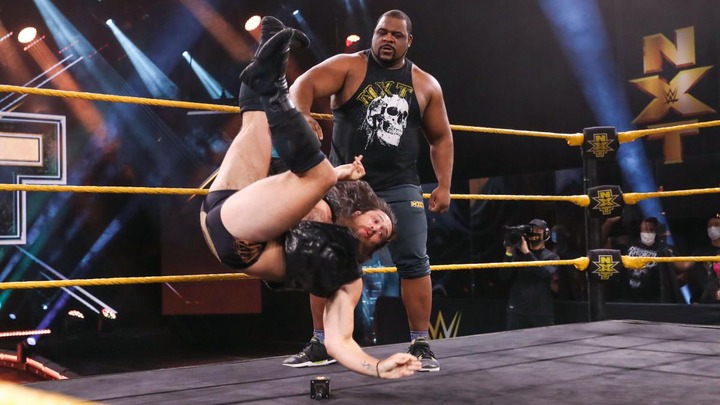 NXT Champion Keith Lee, still clearly upset by what transpired last week, issued a fiery address to Karrion Kross. What he got instead was Cameron Grimes, who picked an inopportune time to step to The Limitless One, and he felt Lee's wrath. However, Kross answered with a message of his own, issuing a stern ultimatum to Lee demanding the NXT Title opportunity he's seeking. 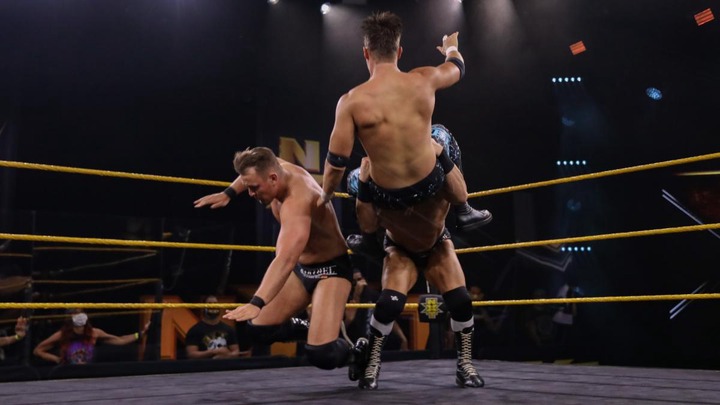 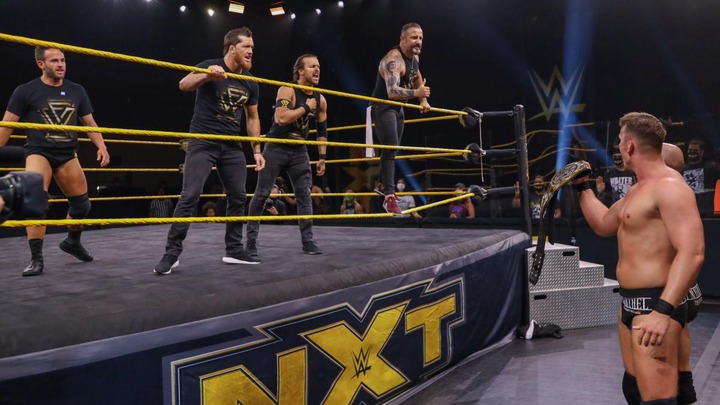 Imperium made quick work of Ever-Rise, putting them down after hitting the European Bomb on Chase Parker. But before they could soak in their victory, they were savagely ambushed by Undisputed ERA, who made it clear they still consider themselves to be NXT's most dominant faction. Isaiah "Swerve" Scott prevailed in this fast-paced encounter with a win over Jake Atlas that was crucial for NXT Cruiserweight Championship positioning. "Swerve" fought off Atlas' patented cartwheel DDT before blasting him with the House Call on the outside of the ring and dropping him with the JML Driver. Dexter Lumis wowed from the get-go, dazzling even his opponents early when he landed on his feet following a senton over the top rope. The matchup between The Tortured Artist, Finn Bálor and Timothy Thatcher presented three unique styles and created a frenzied conclusion. Lumis masterfully countered Thatcher's double underhook into the Kata Gatame before being splattered by Bálor's Coup de Grace, though the "Professor of Pain" would break up The Prince's ensuing pin attempt and lock him in a grapevine ankle lock. But Lumis swooped in, taking advantage of Thatcher's blind spot by locking him in the Kata Gatame to win by technical submission before Bálor could wriggle free from Thatcher and break it up.

Content created and supplied by: Good_News (via Opera News )