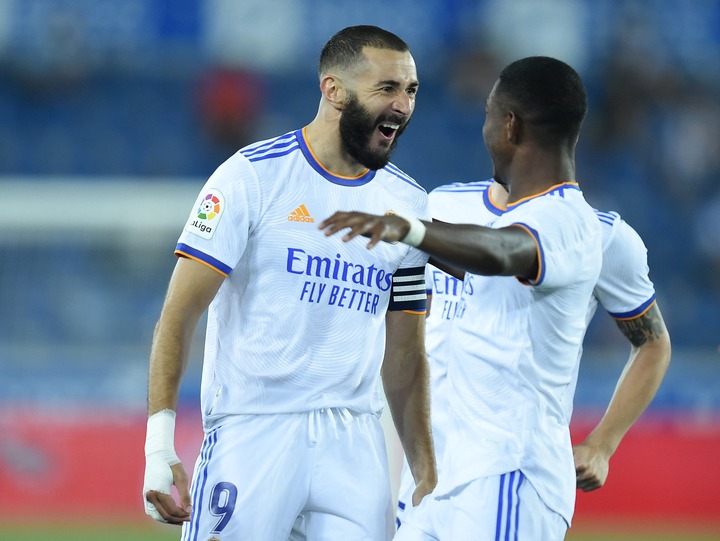 European football governing body popularly known as UEFA has reacted yesterday after Real Madrid star and France international, Karim Benzema scored a brace for the Carlo Ancelloti's side in their first game of the Spanish La Liga Santander against Deportivo Alaves at the Estadio Mendizorroza.

The visitor of the night were very impressive as they put up some physical, tactical and technical displays to outshine the host with a convincing four goals to one scoreline at full time. Former Olympique Lyonnaise football club of France star, Karim Benzema was at top notch been the hero of the night as he yet again stepped up for the Los Blancos with a brace in their 4-1 win.

The first half of the game was such a balanced one between the two sides as there was nothing separating them at half time which ended goalless draw.

In the second half of the game, the Carlo Ancelloti's side opened the scoring sheet in the 48th minutes with a goal from Karim Benzema to make it one nil before Nacho Fernandez doubled the lead to make it two in the 56th minutes. 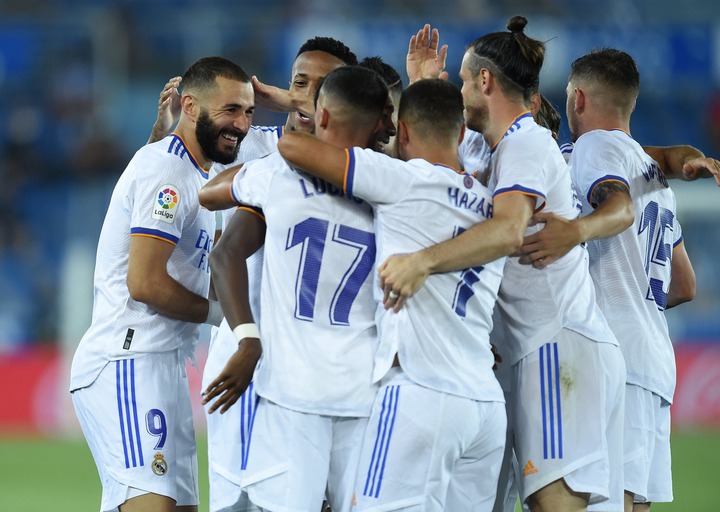 The goal opener, Karim Benzema stepped up in the 62nd minutes to net his brace of the night as he extended the scoreline to three goals to nil.

The host were able to get a consolation goal in the 65th minutes via a penalty kick as Joselu put the ball away from the spot to make it three goals to one, before Vinicius Junior was set up by David Alaba in the 90+2 minutes as he wrapped up the show to make it four goals to one at full time.

After the game, UEFA posted via their verified twitter handle as the Frenchman picked up from where he left off in the last season and his brace of the night been represented by two ball emojis. 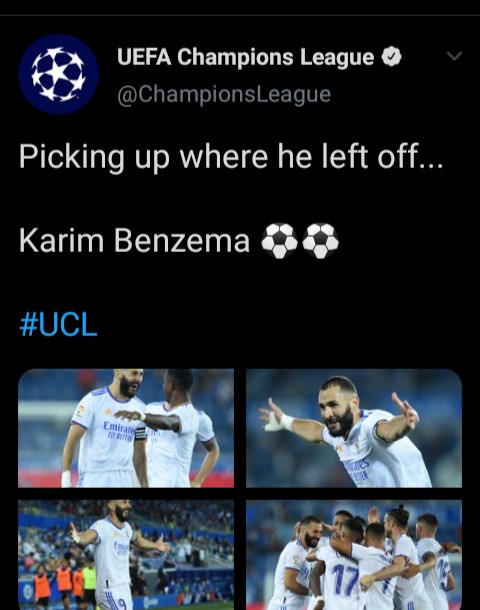 Real Madrid with the win of the night will now be hoping to keep the winning streaks going in their next fixture as they currently sit at the top of the table with 3 points in 1 game played.