See the most attended football league in the world, not Premier league, not Laliga

Premier League is the league of the riches. La Liga has the star power of Lionel Messi. However, neither the rich English tradition nor the star value puts these two leagues on top of the Top Most Watched Leagues table. It is German First Division Bundesliga that tops the list. Surprised 🙄? See why. 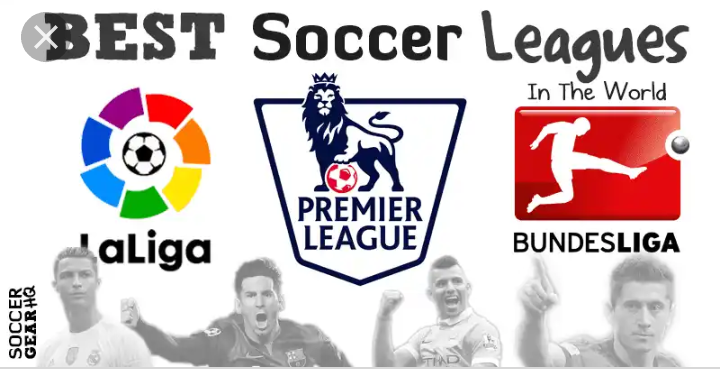 1. For any sporting league to make its mark, the first essential requisite is to have takers for the seats in the stadiums. Unless stadiums get packed by the fans no sporting league can call itself a success. The German Bundesliga may be called unglamorous in comparison to its English counterparts but in terms of filling the stadiums, Bundesliga has scored over all the football leagues in the world. Can you see?. 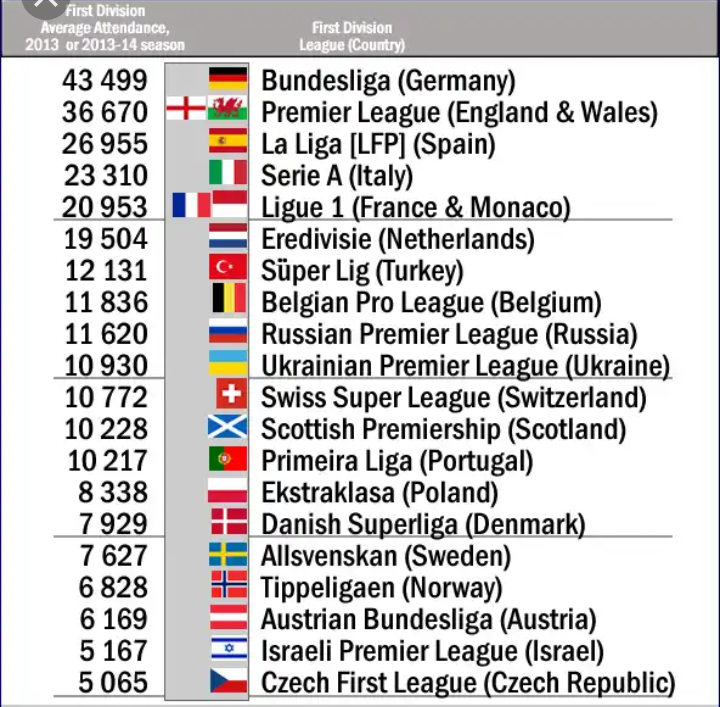 2. The German's league reported attendance figures for the 17-18 season make it the most highly a attended league in the world football. The 18 Bundesliga clubs have averaged of 43,879 tickets per match last season. Attendance for 2017-18 represents an increase of 10% on the 2016-17 season, which boasted an average game attendance of 40,693. Isn't this cool?. 3. The English League is the second best attended football league worldwide, with an average game attendance of 38,300 for 2017-18, which is lesser than that of German's league according to online statistics. La Liga comes next followed by Italian top division league, Serie A.

If you find this article interesting, please follow me for more great piece like this. Also like and drop your thought on this. DO YOU THINK THE GERMAN'S LEAGUE IS REALLY THE MOST ATTENDED LEAGUE?.