By Opeyeminews (self media writer) | 27 days ago 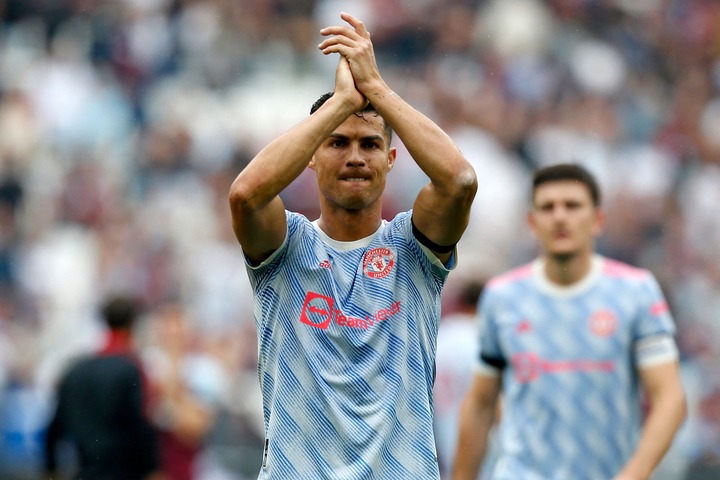 The former Juventus football club of England star retained his spot in the Red Devils first eleven on Sunday afternoon and he was able to impress as he scored a fine goal for the team.

Cristiano Ronaldo led Manchester United's attack alongside Mason Greenwood and the duo were exceptional for the home team. Algeria national team star Mohamed Said Benrhama opened scoring for the home team in the 30th minutes and Cristiano Ronaldo equalized for the away team in the 35th minutes to end the first half 1-1.

Both teams efforts to score more goals in the second half of the game were not successful until the 89th minutes when substitute Jesse Lingard scored the winning goal for the visitors to end the match 2-1.

With Cristiano Ronaldo's goal against West Ham United football club, it means he has now scored in all the matches played for the Red Devils since rejoining them. "Four goals in three games... Cristiano Ronaldo is settling back in nicely at Manchester United. 🔴⚪️⚫️." 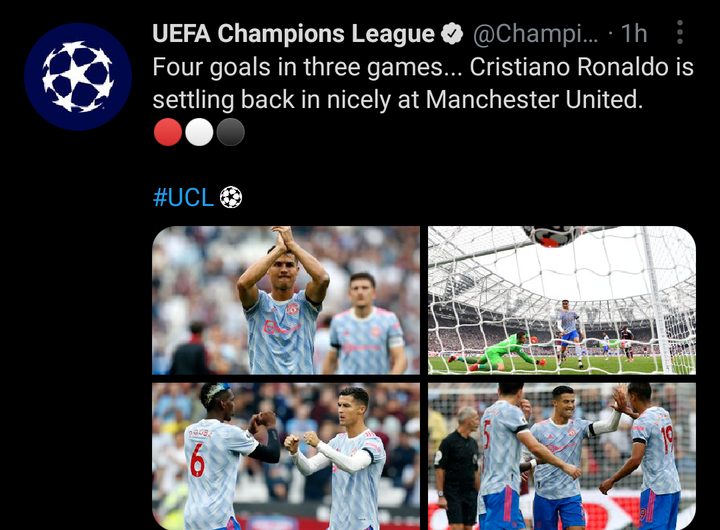 Cristiano Ronaldo will now be looking forward to continuing his impressive run of form for the Red Devils when they play their next game.