OPINION: The Champions League team of the week for game week 4

Champions League game week 4 was exciting for fans as it provided entertainment and a lot of goals. As we already know, lots of goals mean a lot of players were in top form and that made selecting the best performers a tough decision. That didn't stop us though, as we still managed to pick the best in each position. Arranged in a 4-4-2 formation, below are the 11 players that made the team of the week for game week 4. 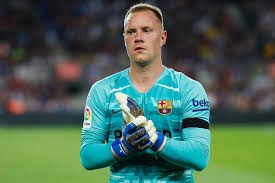 With no goalkeeper winning the man of the match award in match week 4, Marc-Andre ter Stegen is our goalkeeper of the week for the role he played in ensuring that Barcelona got the all-important 3 points against Dynamo Kyiv. He was the busiest among the 5 goalkeepers that had a clean sheet in midweek as his 4 saves were the most. 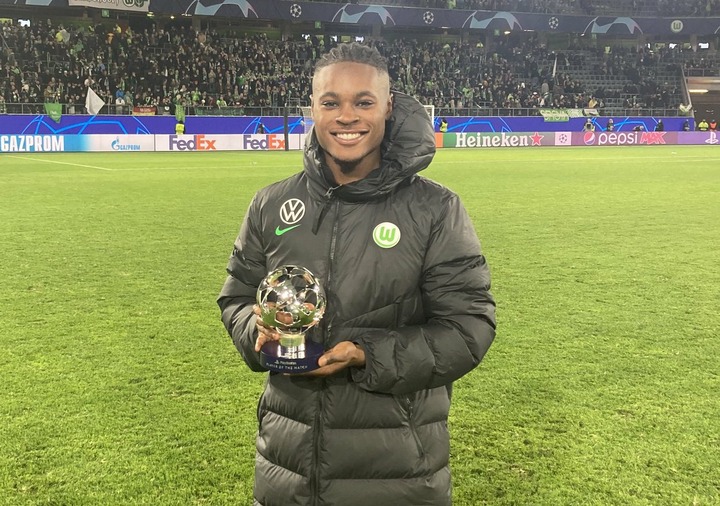 The defender of game week 4 is Ridle Baku as he was the only defender who won the man of the match award. Effective at both ends of the pitch, the 23-year-old scored the first goal in Wolfsburg's 2-1 win over Salzburg. His defensive performance was crucial in limiting the usually free-scoring Salzburg team to just one goal. He made 4 successful tackles, 1 clearance and 1 interception. 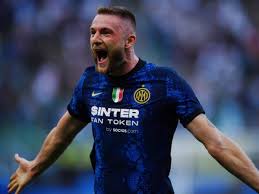 Skriniar was outstanding at the back for Inter Milan in the match against FC Sheriff. He was the scorer of the second goal which made the match more comfortable for his team. FC Sheriff's stoppage-time consolation goal in the second half prevented him from having a clean sheet. 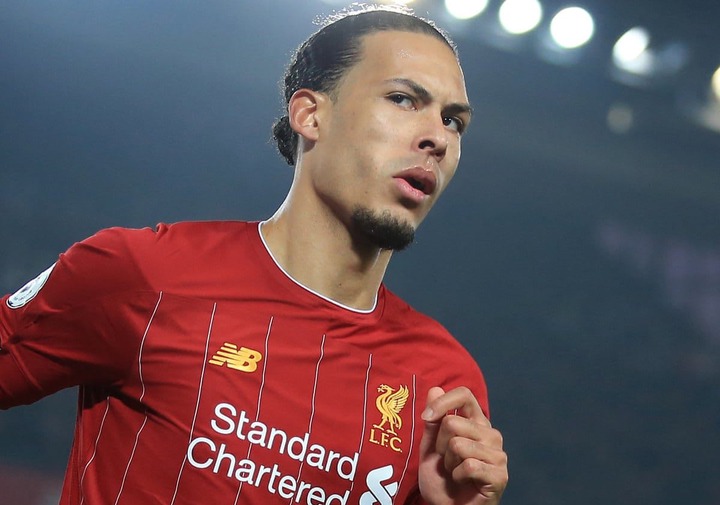 It was not a surprise that Liverpool beat Atletico Madrid at Anfield after having already won the first-leg tie. The surprise for me was the clean sheet and Van Dijk's performance was crucial in making it happen. He won all the aerial ball he contested, all the ground duels he was involved in and made 3 clearances. In addition, he completed 5 long passes which showed he also influenced his team's attacking play. 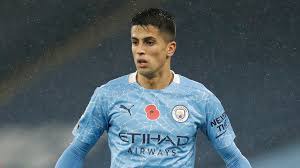 Apart from Cancelo's three assists in the 4-1 win over Club Brugge, Squawka Football revealed that he also had 134 touches of the ball, 108 passes, 91% pass accuracy, 3 shots and he created 7 chances for his teammates.

On the defensive side of things he had 5 ball recoveries, 3 interceptions, made 2 tackles and won 3 duels. That is a man-of-the-match performance for me. 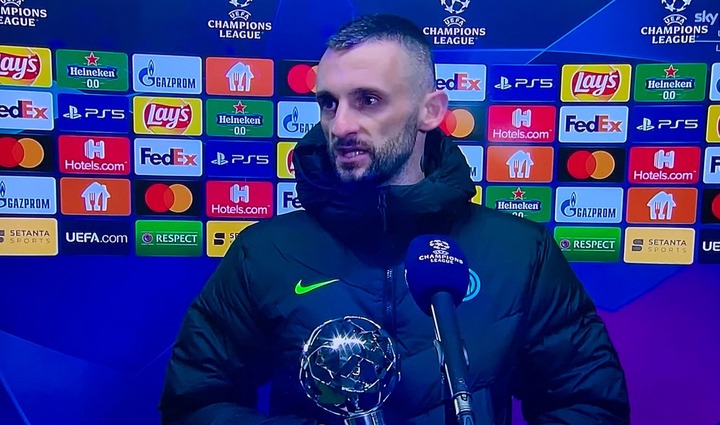 Brozovic has been consistently good in midfield for Inter Milan. The man of the match award he got after the second-leg match against FC Sheriff was his third in 4 games. He scored his side's first goal in the 3-1 win and once again was dominant in his deep-lying playmaking role. That Jorginho was named man of the match in the second leg against Malmo despite not scoring a goal showed how much he influenced the game. He was so dominant in midfield that the opposition hardly touched the ball. Each time they did he marks and recovered the ball quickly. He had 70 touches of the ball, 92% pass accuracy, 100% long pass accuracy, won 7 duels and was fouled 4 times which was the most. Ansu Fati was the hero for Barcelona in the match against Dynamo Kyiv. With time running out and the club in desperate need of the 3 points that will keep their qualification hopes alive, their new number 10 stepped up and scored the only goal of the game. No surprise he was named man of the match after that as he was excellent throughout the game. 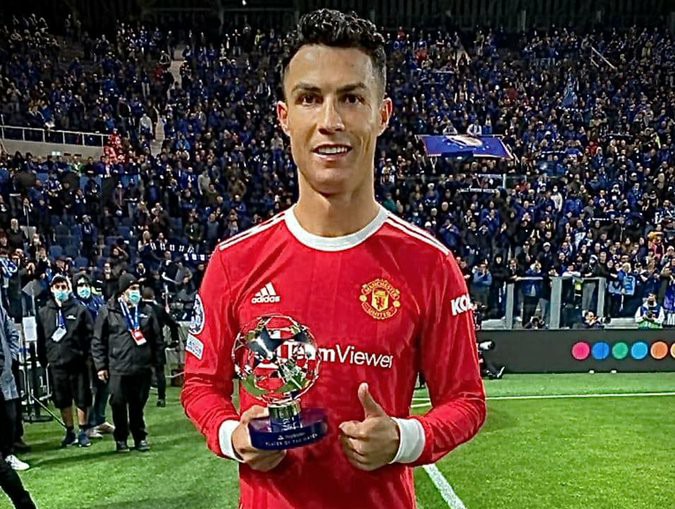 Against Atalanta, Ronaldo scored two crucial goals for Manchester United. The first was scored in the first-half stoppage time, while the second, a well-taken volley from the edge of the penalty box, was scored in the second-half stoppage time. Both goals ensured the match ended in a draw and his team remained in control of their group. He was named the player of the match following his outstanding performance. He has certainly proved those who said he was too old wrong. 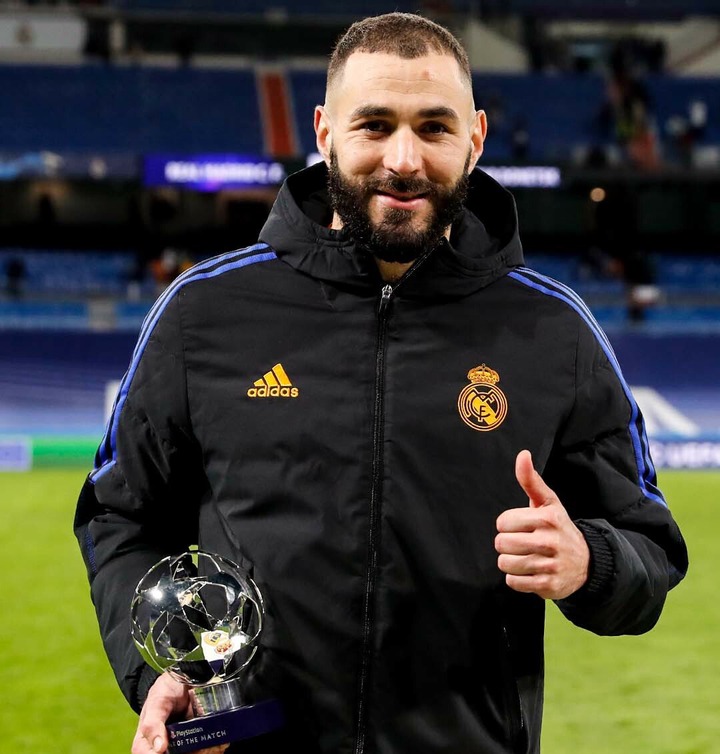 Like Ronaldo, Benzema was the scorer of Real Madrid's two goals which helped them overcome Shakhtar Donetsk and extend their lead at the top of Group D. His first goal which was equalized before halftime gave Los Blancos the lead, while the second restored the lead and was enough to win the game. Like some that were listed before him, his performance was rewarded with a player of the match award. 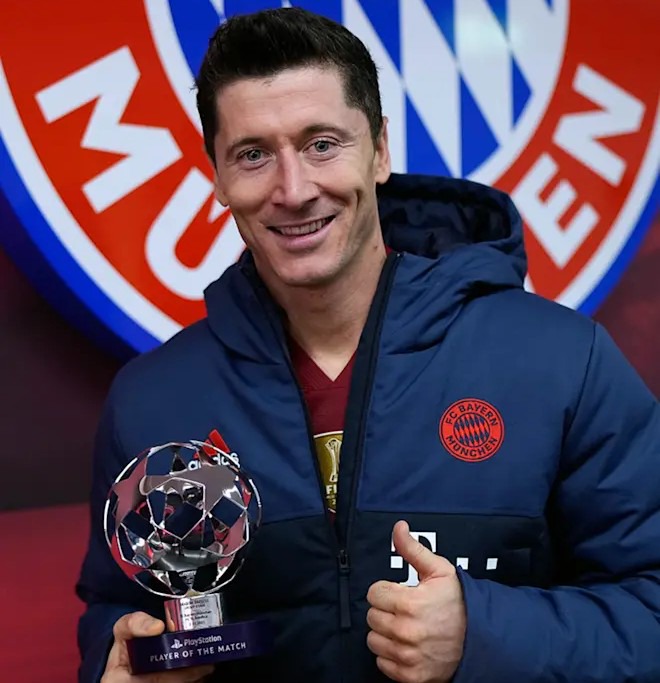 Lewandowski's performance against Benfica showed why he is many people's favourite for the Ballon d'Or award. He scored a hat-trick in that game and was named player of the match after the final whistle. No other player scored up to 3 goals in game week 4.