Liverpool hope of breaking man city's 100 Premier league record in a single campaign is over.

By Shabbalala (self media writer) | 2 years ago Arsenal have beaten Liverpool for the first time in Premier league since April 2015, goals from Alexandre Lacazette and Reiss Nelson secure the victory for the Gunners, with this being the first time Klopp has suffered a defeat against the Gunners in EPL. 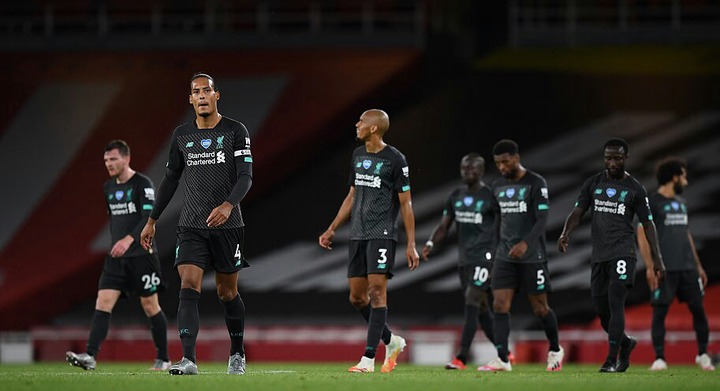 Liverpool with 93 points in 36 games with 2 games to end the campaign and this was the fourth time in seven games that they have dropped points since the restart of the season. Although they have been crown as champion already but a record point haul is beyond them.

After their lose against Arsenal it is obvious that Liverpool can only pull 99 points if they can win their remaining matches which is below what Manchester city held as record of the first Premier league club to have 100 points in a single campaign of 2017-18 season.

Do you think Liverpool are too overrated, let know your thoughts.