5 world-class players who could retire in 2022 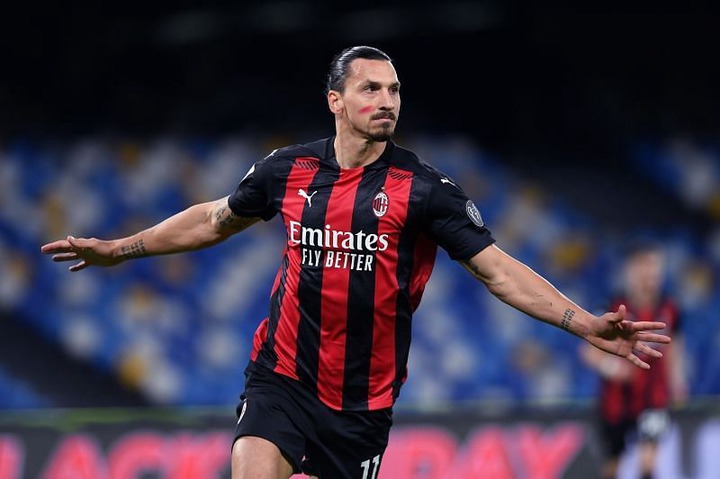 Fans of the game should consider it an honor to have witnessed some of the best players ever to have graced the field in recent years.

There are still several footballers who have surpassed expectations in terms of longevity, even as some greats of the modern era have already moved on from their respective teams.

Few football players have remained as productive as Cristiano Ronaldo and Lionel Messi even after the age of 35, since footballers generally peak around the end of their 20s and retire before the age of 35.

We look at five of the best footballers who might retire in 2022. 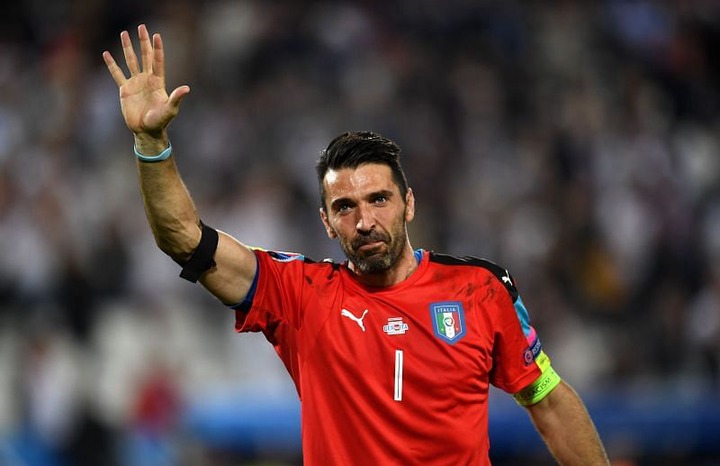 For over 20 years, Gianluigi Buffon has remained an ever-present face in world football.

Having made his professional debut in 1995 with Parma, Buffon has been a regular A-lister for 26 long years.

Earlier this year, he returned to Parma after playing with Juventus and Paris Saint-Germain.

Famed for his spell in Turin, Buffon spent 17 years with Juventus before moving to Paris in 2019. Buffon has won an unbelievable 10 Serie A titles, as well as five Coppa Italia titles.

Buffon also won Ligue 1 in France during his one-year stint with PSG. Buffon has also represented Italy since 1997, making 178 appearances in total for the Azzurri. His most memorable moment with the national team will certainly be the FIFA World Cup victory in 2006.

Now 43 years old, it's fair to say that Buffon has enjoyed a long and successful career. As Buffon turns 44 in January, there is a high likelihood that he will call it quits in 2022. 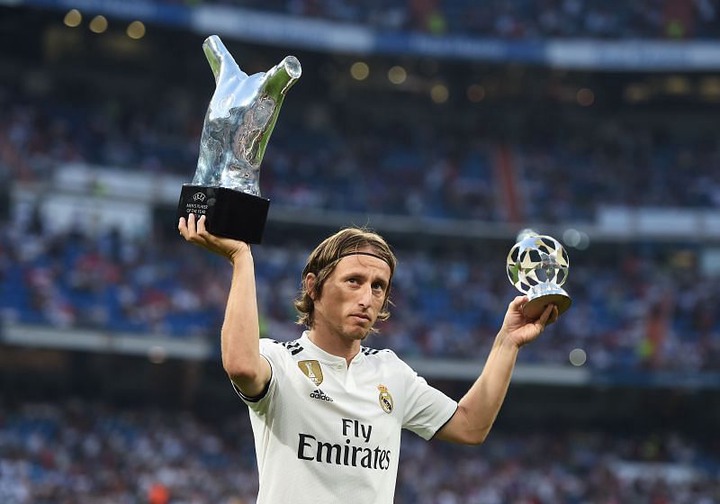 The Croatian midfielder made his debut with Dinamo Zagreb in 2003 and signed for Tottenham Hotspur six years later. Modric made his name with Spurs, impressing continually with his sensational performances.

He led Croatia to the 2018 FIFA World Cup final, although they did lose in the final to tournament winners France. His efforts earned him the 2018 Ballon d'Or award, becoming the first midfielder to win it in over 12 years.

Having turned 36 earlier this month, there is increasing speculation that Modric has reached the end of his career. With his contract running out in 2022, it seems very likely that Modric will bring to an end an incredible career. 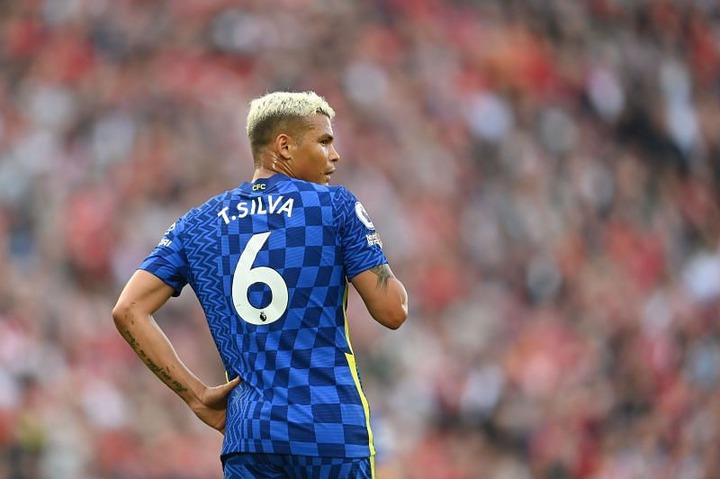 Another player who is expected to retire shortly is Thiago Silva. He is widely regarded as one of the top defenders of his generation. After establishing himself at AC Milan, Silva moved to Paris Saint-Germain in 2012.

During his time in France, Silva won seven Ligue 1 titles, five League Cups, and an incredible five Coupes de France, making his time with the French team one of the most successful periods in his career.

Silva signed for Chelsea last year in a move that many regarded as purely one last hurrah before retirement. He went on to prove his critics wrong almost instantly, galvanizing Chelsea's defense into a world-class setup.

Under Thomas Tuchel, Silva has become one of the most important players in the defensive line. His impact at Chelsea was evident as they went on to win the UEFA Champions League in his debut season with the club.

Although Silva is still performing at an elite level, it is evident that his age has caught up with him. Incapable of playing all the games as he did in his youth, he is now used strategically by Tuchel in important games that require his experience and skill.

Having signed his contract until 2022, it's likely that Silva will retire at Chelsea. He will be hoping for another successful season to top off a magnificent career. 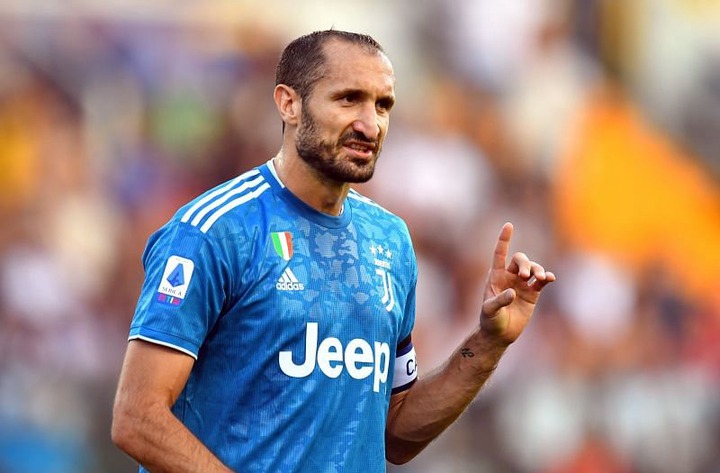 Giorgio Chiellini has spent most of his career with Juventus. After signing for the Italian giants in 2004, he spent two years with Roma. Since then, he has played for the club for the past 17 years.

Chiellini is widely regarded as an old-school, no-nonsense defender. He is also a serial winner and boasts a serious collection of trophies.

Having won Serie A nine times with Juventus, Chiellini will certainly go down in history as a club legend. He has been largely impressed with the Italian national team as well, even winning the recent UEFA Euro 2020 competition as captain.

The 37-year-old has certainly had a marvelous career and it looks very likely that he will hang up his boots in 2022. 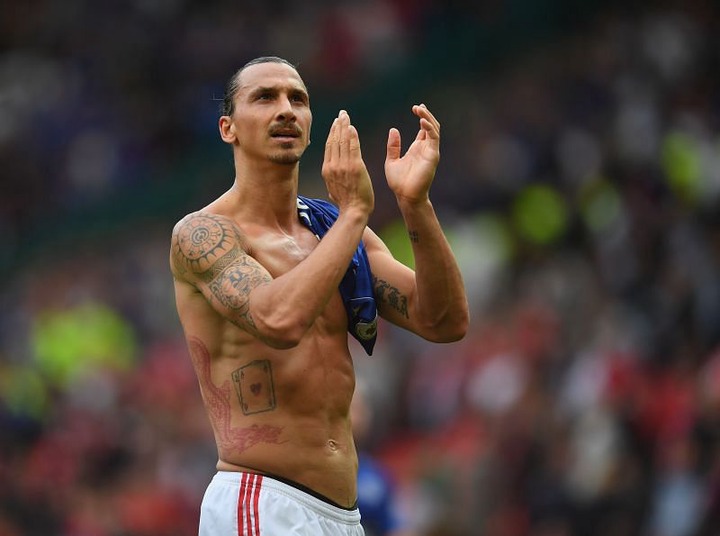 The Swede made his debut with Malmo in 1999 and has represented various clubs in different countries since then. Often called a journeyman, Ibrahimovic is the most famous player in the modern game, Ibrahimovic has played for nine different clubs in 22 years and has achieved success in almost all of them.

He is most renowned for his stints with Paris Saint-Germain and AC Milan where he achieved a great degree of success. Zlatan has made over 700 professional appearances, netting over 500 career goals in the process.

Regarded by many as one of the best strikers of his generation, Zlatan possesses a natural attacking ability that is matched by few. Famed for his eye for goal and his unorthodox attacking style, Zlatan has built a reputation for being unbelievably difficult to defend against.

His trophy cabinet is a sight to behold. Zlatan has won league titles in Netherlands, Spain, France, and Italy, even winning it with both Milan teams. He has also won the Golden Boot with Paris Saint-Germain three times.

Zlatan is the only player in history to play in the UEFA Champions League for a ridiculous seven different teams despite never winning the competition. He is also one of three players, along with Cristiano Ronaldo and Lionel Messi, to have reached double figures for league goals in Europe’s top five leagues in eleven consecutive seasons.

There is no doubt that Zlatan will go down in history as one of the most exciting players to ever play the game. Struggling with injuries, Zlatan turns 40 next month. Likely, Zlatan will finally hang up his boots and move on to the next phase of his life.